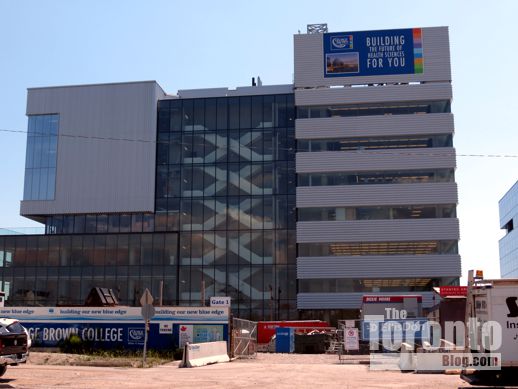 The north side of the new George Brown College waterfront campus, viewed here on August 22 2012 from Queen’s Quay Boulevard … 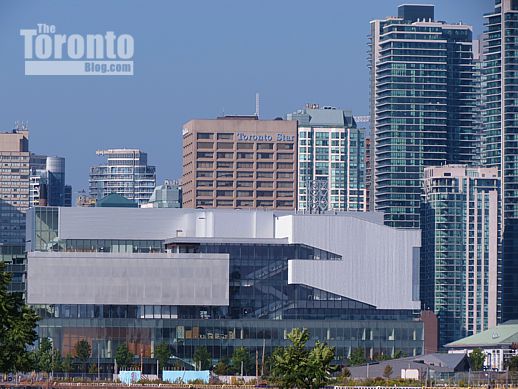 … and seen here, this morning, from the Keating channel near Cherry Street in the Toronto port lands area several hundred meters to the east 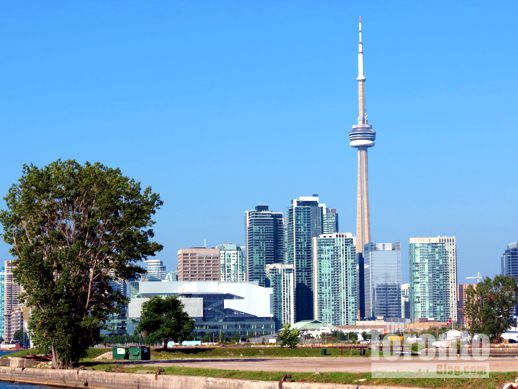 School’s in: Health sciences students at George Brown College will have the good fortune of starting a new school term tomorrow in a brand-new building.

More than 3,000 students, instructors, administrators and other staff will bring the College’s state-of-the-art waterfront campus to life on September 4 — and provide some energetic company to the Corus Quay broadcasting and office complex right next door.

Campus construction started in late 2009 and, at this time two years ago, the building foundation was only just beginning to take shape inside the huge excavation on the city’s East Bayfront. I thought the projected occupancy date of September 2012 was a bit optimistic, but construction proceeded smoothly and on schedule. When I passed by the campus just under two weeks ago, crews were busy working on landscaping and other exterior finishing touches, while students (and their parents) were going inside to register and take a look around.

Designed as a joint venture by Stantec Architecture and Kuwabara Payne McKenna Blumberg Architects,  the building has eight floors including a three-storey glass podium and a rooftop terrace. Besides classrooms and office facilities for the health care faculties, the full-service campus houses a health care clinic, bookstore, administrative offices and food service operations.

In a video in the August 23 2012 online edition of the Toronto Star, architecture columnist Christopher Hume visits the new building and comments on its significance both for the college, and for the city and in particular its eastern waterfront, which will undergo massive redevelopment over the next decade.

I previously published photos and reported on the George Brown College waterfront campus in posts on January 4 2011, February 5 2011, and April 23 2011.