A project of Canderel, Aura was designed by Graziani + Corazza Architects of Mississauga. It will be the tallest residential building in Canada once construction is complete.

Below are several more photos of Aura from the past two days, along with a link to additional photos in Aura condo tower June 2013, an album on TheTorontoBlog’s Flickr page. 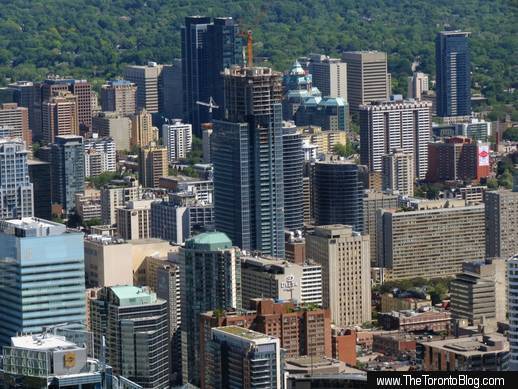 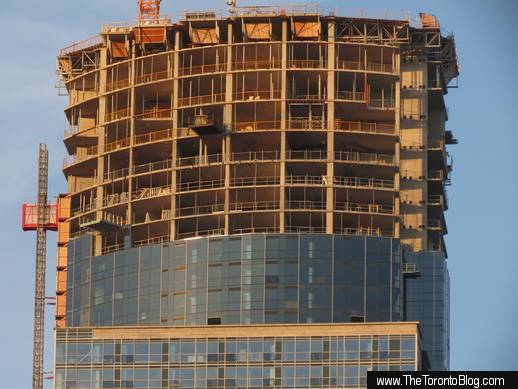 June 20 2013: Floors on the curved upper west side of Aura glow during sunset on the last day of spring 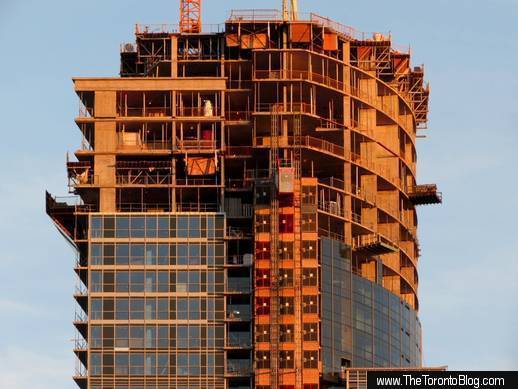 June 20 2013: Aura’s upper floors have a burnt-orange hue in this sunset view from several blocks to the north on Breadalbane Street 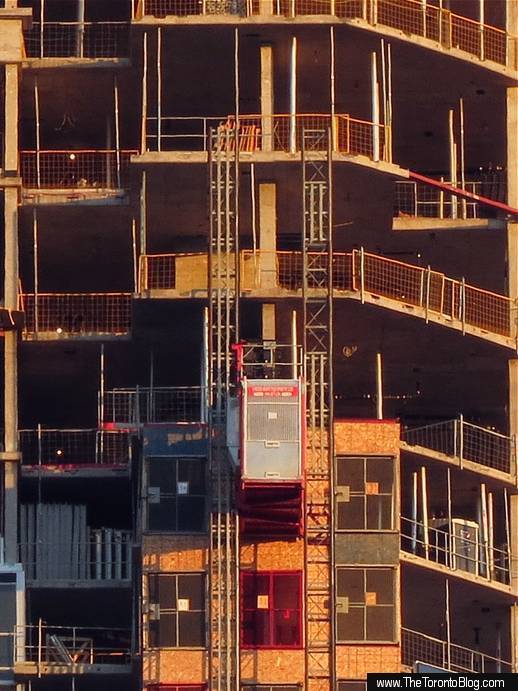 June 20 2013: One of the exterior construction elevators now extends to floor 56, while the other two lifts reach 54 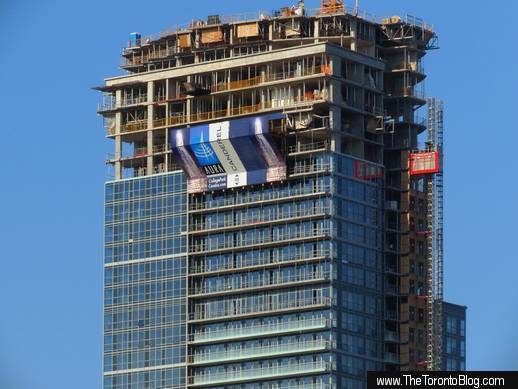 June 21 2013: A view of Aura from my balcony, several blocks to the northeast 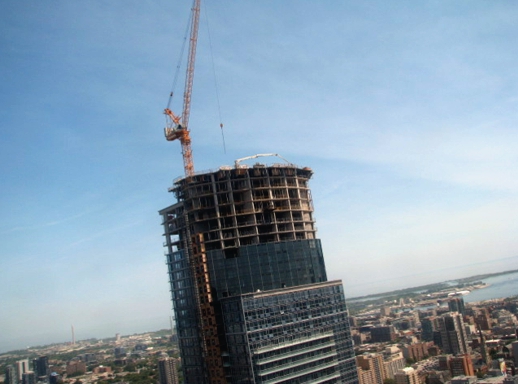 June 21 2013: This screenshot from the Aura condo construction webcam presents an afternoon view of the tower from the northwest