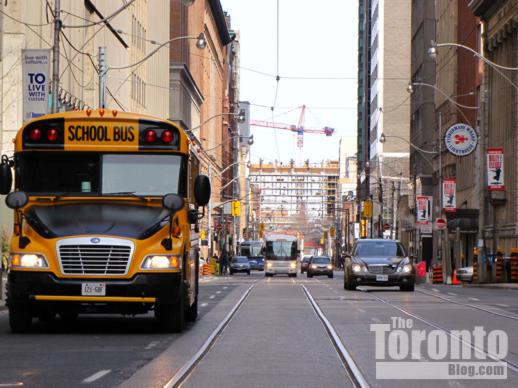 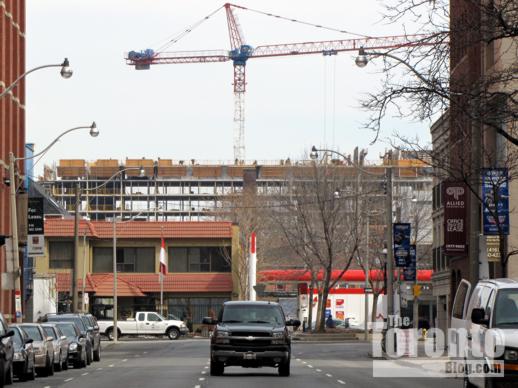 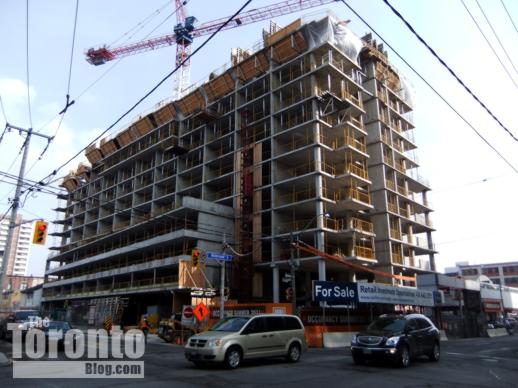 Six floors to go: In a post on February 3, I reported that construction of The Modern on Richmond has reached seven floors. The photo above, taken yesterday, shows that the condo midrise is now two-thirds of the way to its final height of 17 storeys.