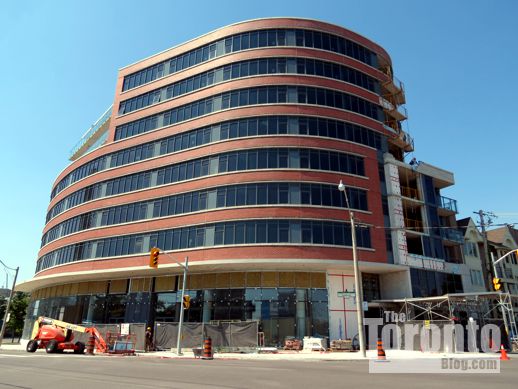 August 22 2012: Trinity Lofts viewed from the southeast on Eastern Avenue … 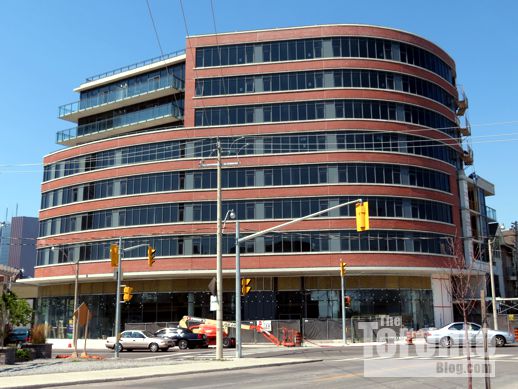 … from the southeast, on Trinity Street … 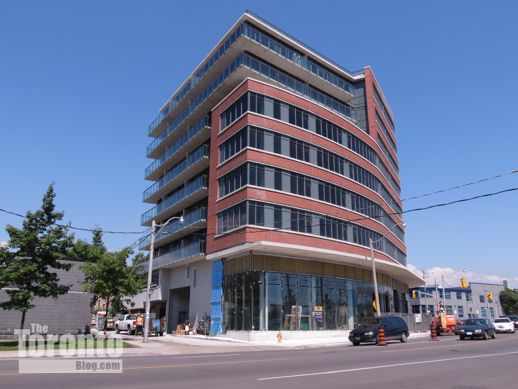 … and from the southwest, on Eastern Avenue

Nearly done:  As construction on Trinity Lofts draws closer to completion, residents are expected to begin moving into the 8-storey, 83-unit building this fall.

A project of local development firm Streetcar, Trinity Lofts is situated at the corner of Eastern Avenue and Trinity Street, just a two-minute walk from Toronto’s historic Distillery District and a not-much-longer walk from the West Don Lands area where the athlete’s village and other facilities are under construction for the 2015 Pan Am Games. The building, which follows the natural curve of Eastern Avenue, contains 81 loft condos with 9-foot ceilings and open concept interiors, as well as 2 townhouse units. 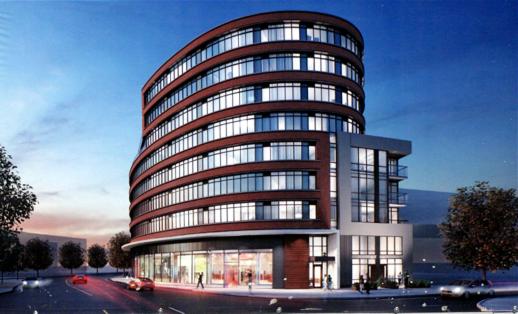 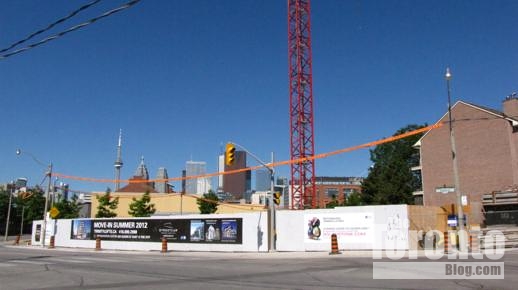 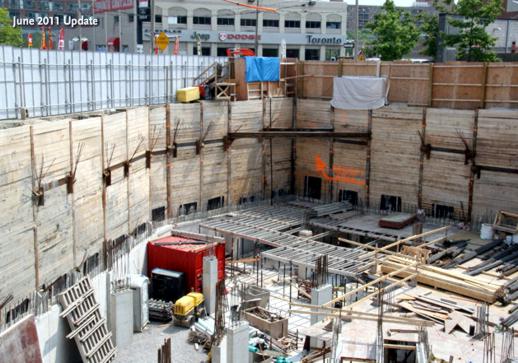 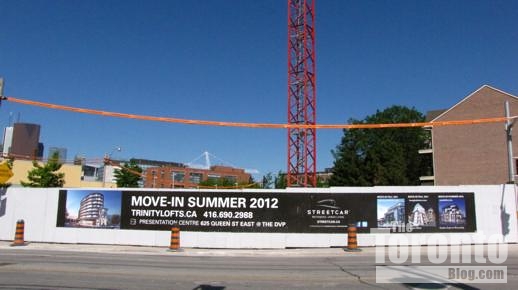 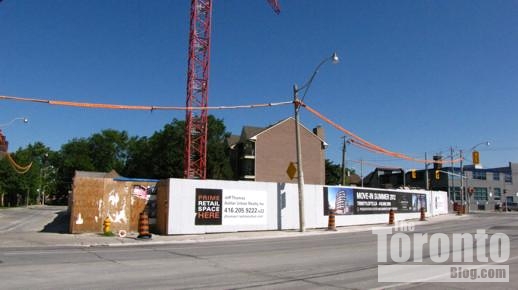 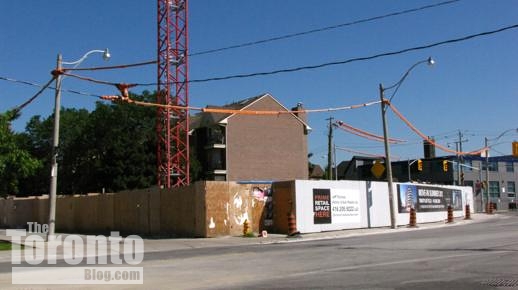 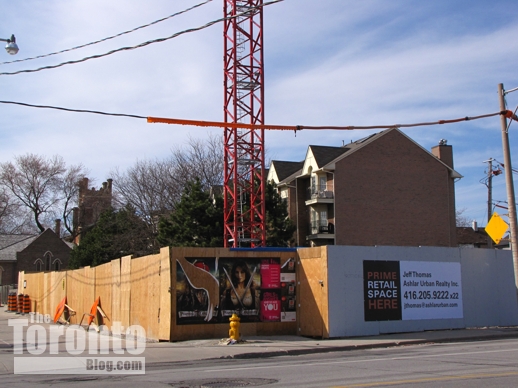