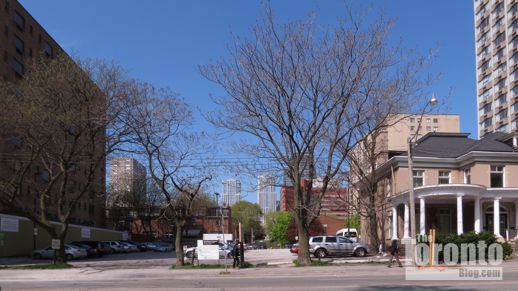 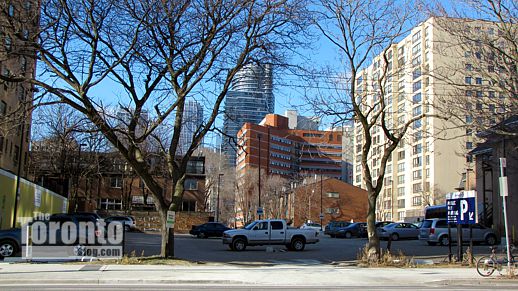 February 5 2012: Looking west from Allan Gardens toward the 308 Jarvis Street site, currently occupied by a pay parking lot, where a developer has proposed building a 50-storey condo tower with a 9-storey podium 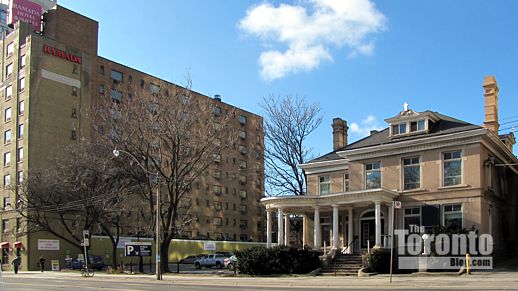 February 5 2012: A view of the proposed tower site, looking southwest from Jarvis Street just below Carlton Street. At left is the 10-storey Ramada Plaza Hotel at 300 Jarvis Street, while at right is a heritage mansion at 314 Jarvis 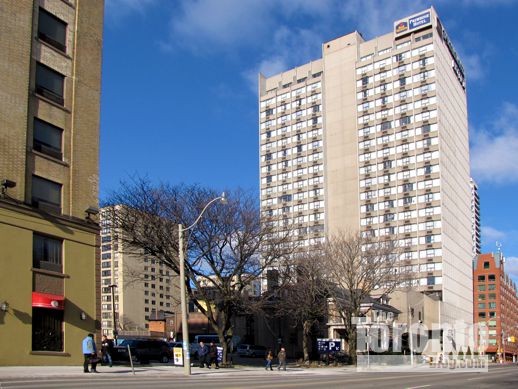 February 5 2012: Northwesterly view from Allan Gardens toward the proposed condo site. At left is the Ramada Plaza Hotel, at center is the parking lot and the mansion at 314 Jarvis, and at right rear is the 25-storey Best Western Primrose Hotel at the southwest corner of Jarvis & Carlton Streets 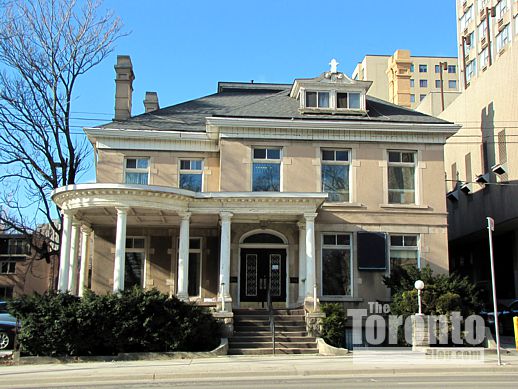 February 5 2012: The developer proposes to incorporate into its condo tower only the “front portion” of this designated heritage house at 314 Jarvis Street 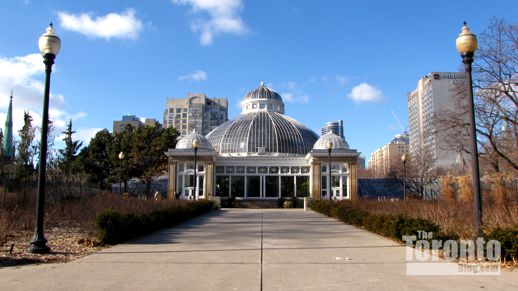 February 5 2012: The tower would rise behind the rear right side of the Allan Gardens Palm House, built in 1910, and would dominate the backdrop in this view 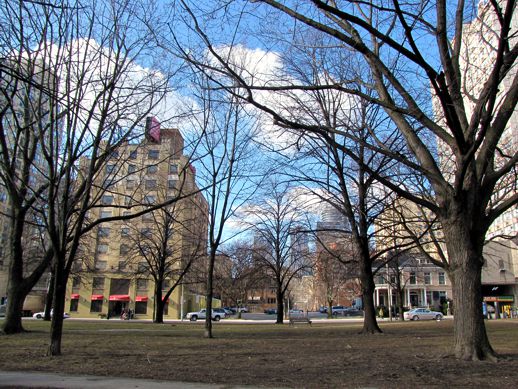 February 5 2012: Looking toward the proposed condo site from the northwest side of Allan Gardens. City parks and planning staff are worried about the potential shadow impact a 50-storey tower would have on this part of the park … 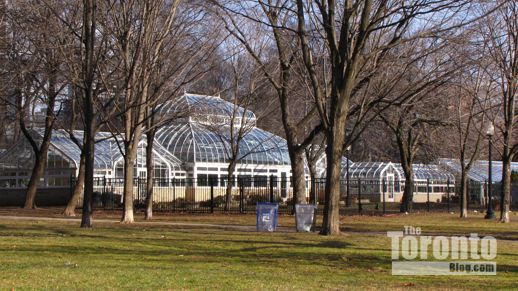 Tower above the trees?: With its 154- year-old park and century-old Palm House conservatory boasting rare tropical plants from around the world, Allen Gardens is one of downtown Toronto’s oldest and most important botanical parks. But plans for a 50-storey skyscraper that would soar high above the historic park from the west side of Jarvis Street aren’t flying well with city parks and planning staff.

The application for a “50- storey with 9-storey podium mixed-use building” was filed with the City on January 23 2012. The proposal would redevelop property situated at the municipal addresses of 308, 310, 312 and 314 Jarvis Street, as well as 225 Mutual Street. The complex would contain 590 units, of which 5 would be townhouses fronting on Mutual Street at the west side of the property. The podium would include commercial space. The building would have five levels of below-ground parking.