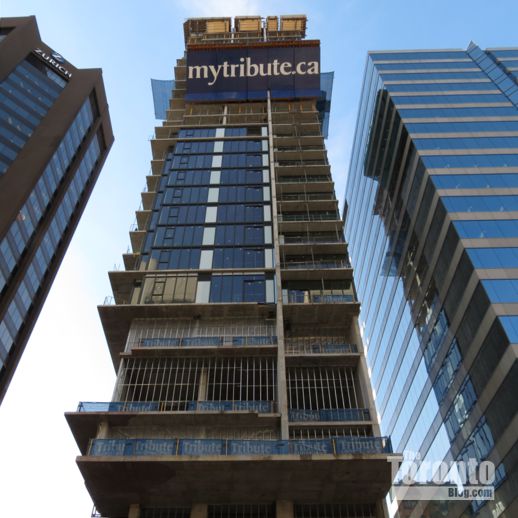 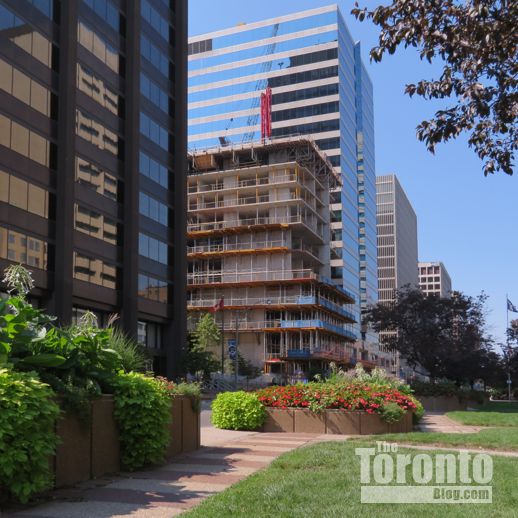 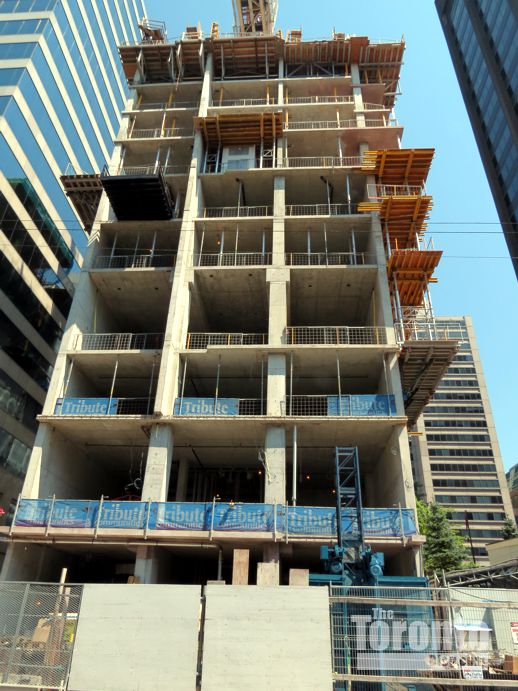 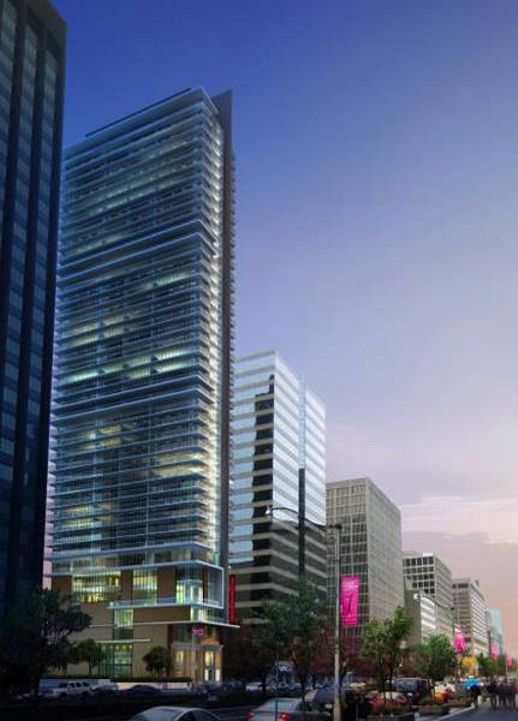 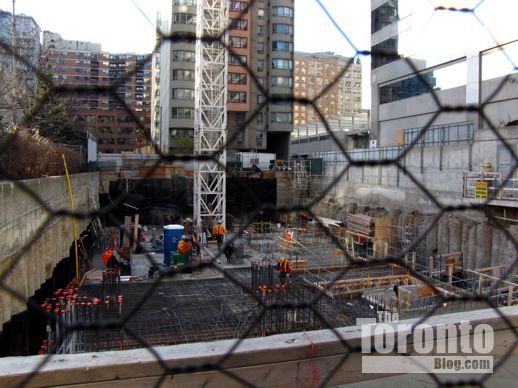 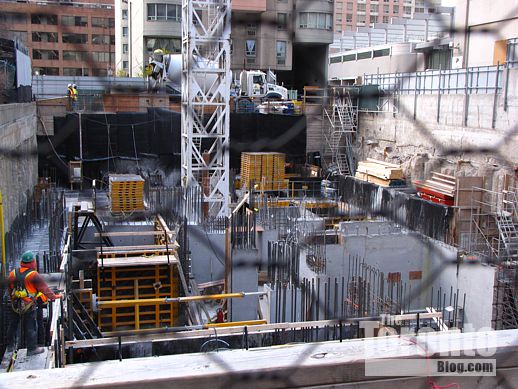 November 17 2011: Looking across the Residences at RCMI condo construction site from a small window in hoarding along University Avenue 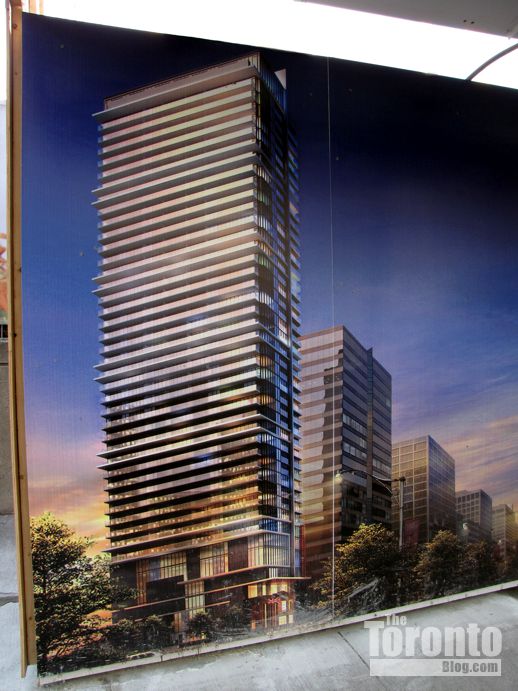 RCMI set to rise again: Only 11 months ago, construction workers were still in the early stages of preparing to excavate the University Avenue site for the 42-storey Residences at RCMI condo tower. As of last week, crews were just several meters below grade as they continued filling in the building’s underground levels. Soon, they’ll be visible working above ground.

A project of Tribute Communities, Residences at RCMI is rising on a narrow site that extends from the west side of University Avenue to Simcoe Street, just below Dundas Street West. The property itself had been home to the Royal Canadian Military Institute for more than 100 years, whose Edwardian-style heritage building that formerly occupied the site is perhaps best remembered by passersby for the two British army cannons (from the Napoleonic wars) outside its main entrance. That building was demolished in late 2010 to make way for condo construction, but part of its historic facade will be rebuilt into the tower’s base. The Institute itself will be returning to the site, occupying the first six floors of the new complex.  (The canons will be coming back, too.)

Residences at RCMI was designed by Toronto’s Zeidler Partnership Architects.

Below are some of my photos of the condo tower’s construction progress, along with building illustrations that appear on the project website. The “about us” page of the Royal Canadian Military Institute website has links to illustrations and renderings depicting its new library, bar and dining room. My January 12 2011 post includes photos of the former RCMI building as well as early stages of the new tower’s construction. 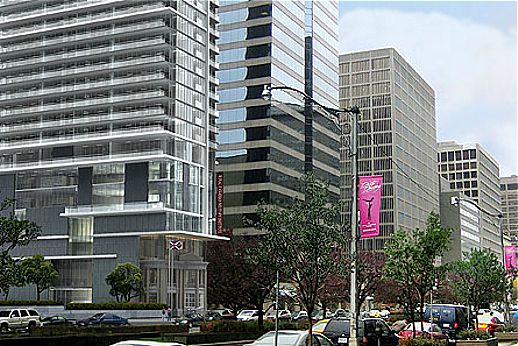 From the Tribute Communities website, this illustration depicts a view of Residences at RCMI from the southeast on University Avenue 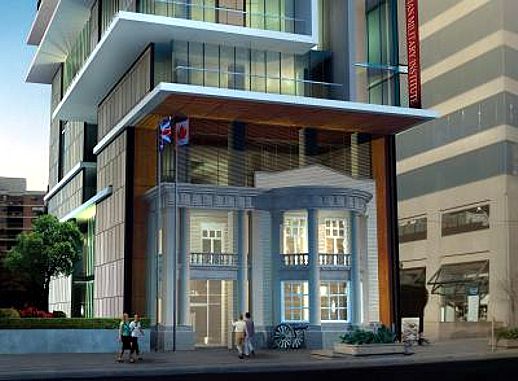 From the Royal Canadian Military Institute website, this illustration shows how the facade of the former RCMI headquarters will be rebuilt into the condo tower base 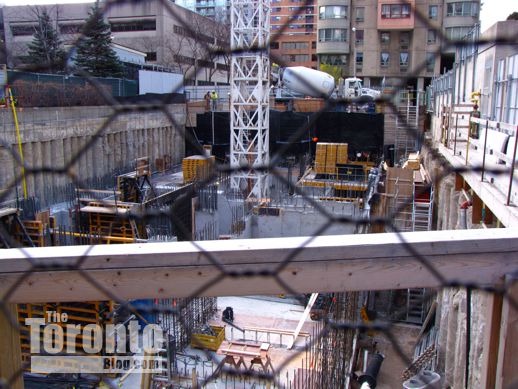 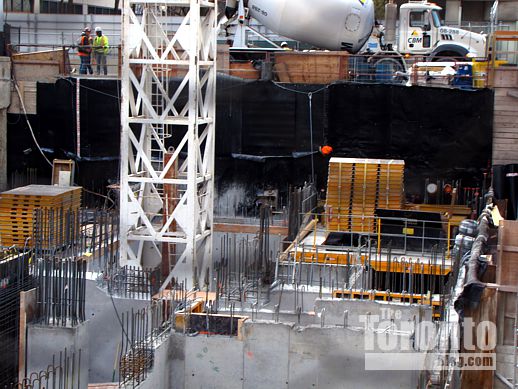 November 17 2011: A concrete truck delivers a load on Simcoe Street 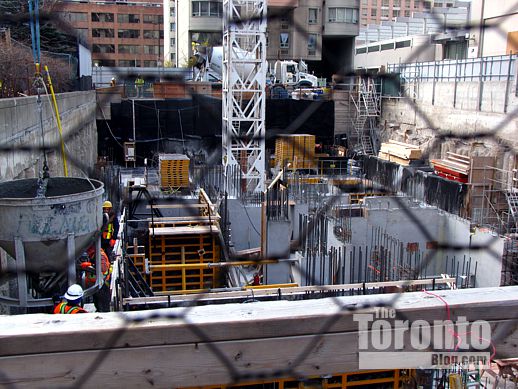 November 17 2011: Construction activity viewed through a small window at the southwest corner of the hoarding along the University Avenue sidewalk 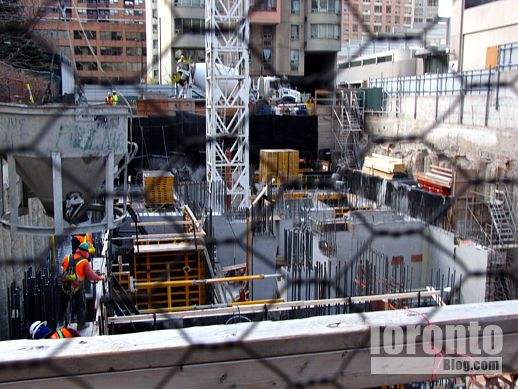 November 17 2011: Construction is closing in on street level 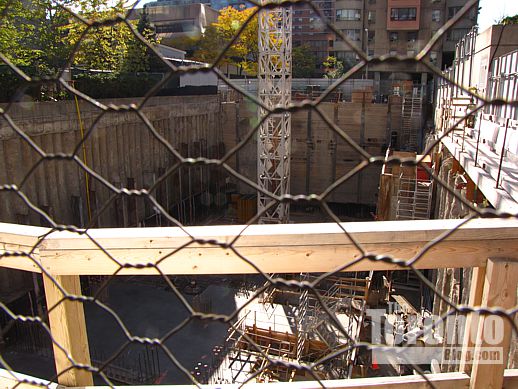 October 8 2011: Crews made substantial progress on the building foundation in the five weeks since this photo was taken 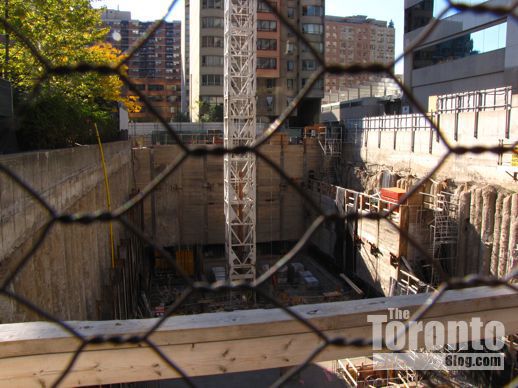 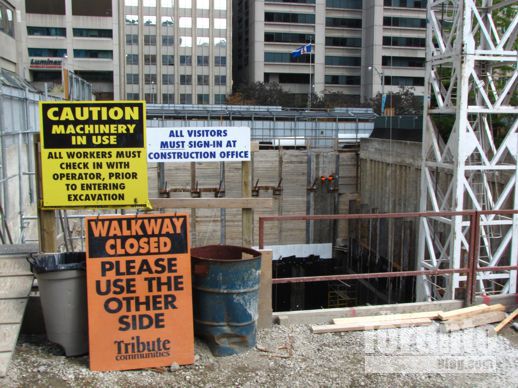 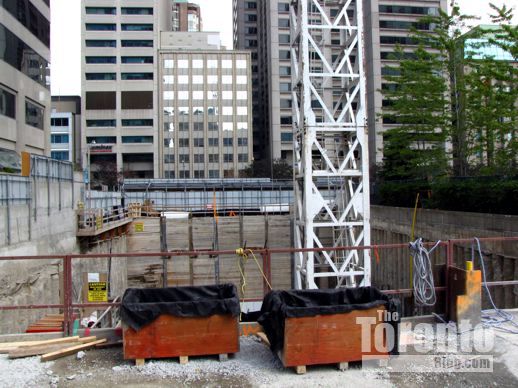 September 3 2011: Another Simcoe Street view of the RCMI condo site 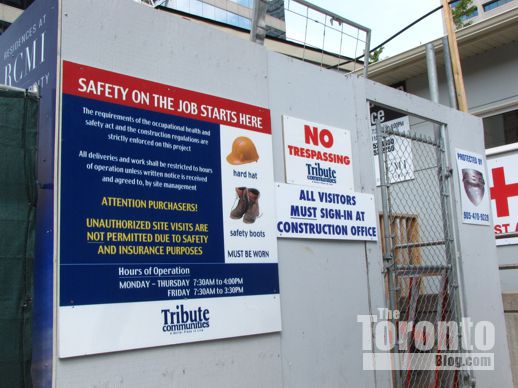 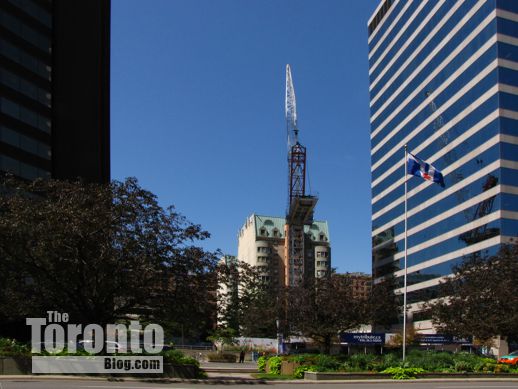 August 12 2011: A view of the RCMI condo site from the east side of University Avenue. The tower will soar above the office buildings that bookend the north and south sides of the construction site. 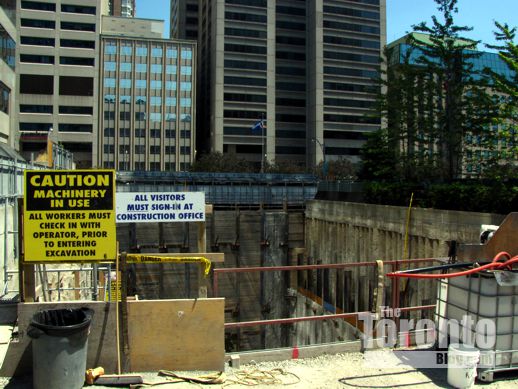 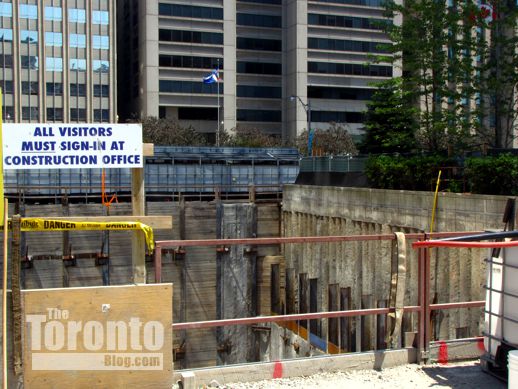 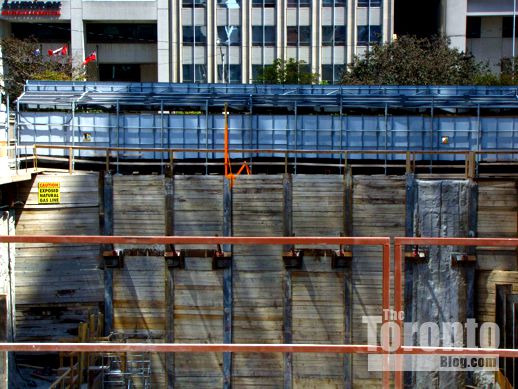 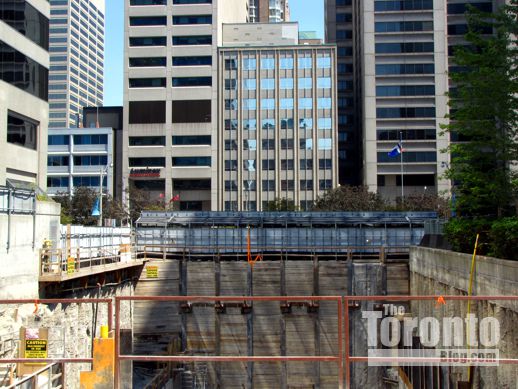 July 17 2011: Looking west to east across the condo tower excavation 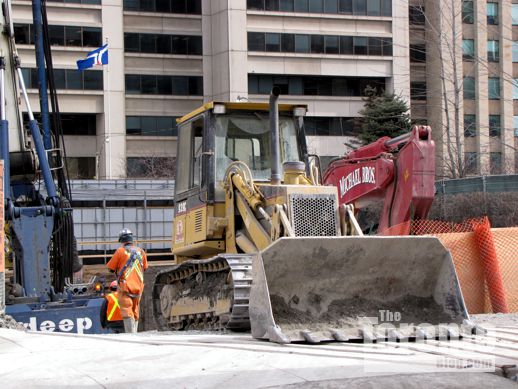 February 18 2011: Ten months ago, excavation was just in the early stages