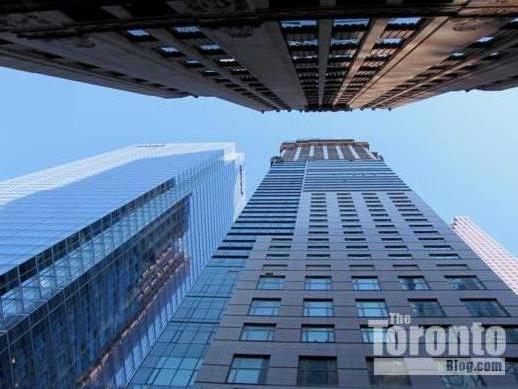 Reaching skyward: In this view from the depths of the Bay Street skyscraper canyon, the 13-storey office building at 302 Bay Street (top) appears to rise almost as tall as the still-under-construction Toronto Trump Tower, which is around 50 floors high so far and climbing steadily on its way to 60 storeys.  Originally the Trust and Guarantee Building, 302 Bay was built in 1917 but received a rooftop addition in 1929. The building now bears the Bank of Montreal name above its front entrance.  On the left is the 51-storey Bay Adelaide Centre, Trump Toronto’s neighbour on the north side of Adelaide Street, built in 2009. Part of the 68-storey Scotia Plaza tower built in 1988 is visible at right and in reflection on the south side of Bay Adelaide Centre.

The Trump Tower made the news today in a Toronto Star article that gives an “exclusive peak” inside the Trump Hotel section of the skyscraper, which received an occupancy permit from the City last Friday. The hotel is scheduled to open later this spring. The newspaper article also profiles the tower’s 42-year-old billionaire builder, Alex Shnaider, and hails his “noteworthy accomplishment” of having “built the tallest residential tower in Canada — and the second tallest building in Toronto, after the CN Tower.” Seems the Star is jumping the gun: the Trump isn’t even as tall as the Bay Adelaide Centre yet, and it’s far from “built.” Moreover, when complete, it still won’t rise as high as 72-storey First Canadian Place, so Trump will have to settle for third-highest place on the Toronto skyline. Below are some pics I’ve taken of the Toronto Trump Tower this month. 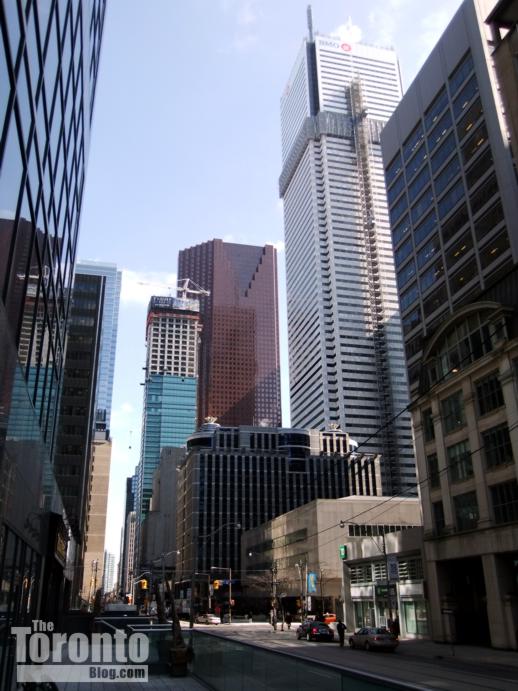 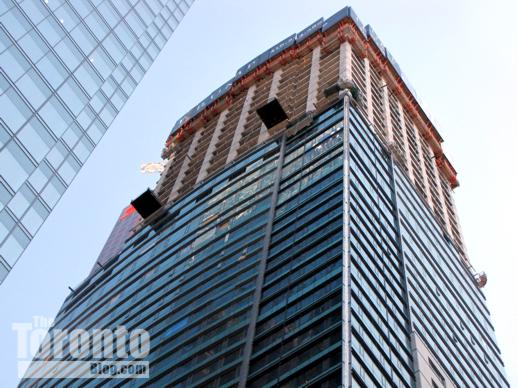 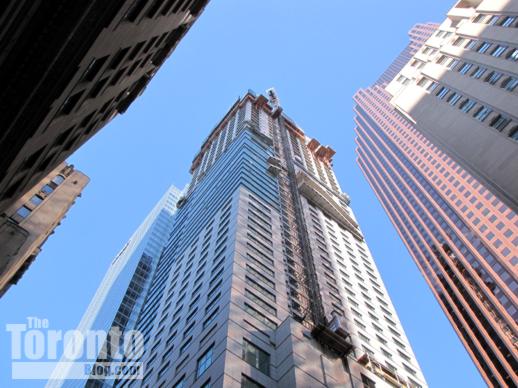 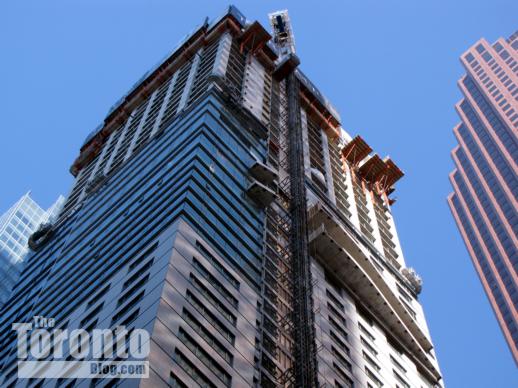 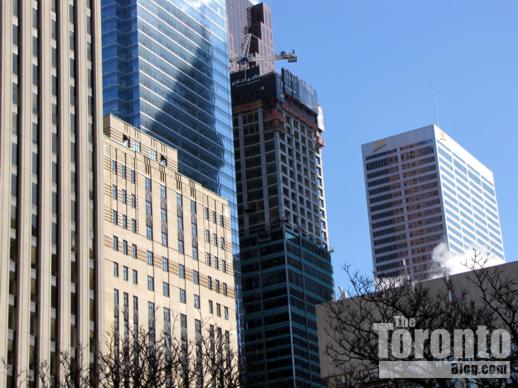 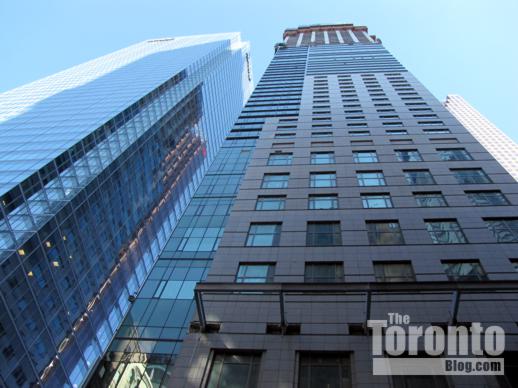 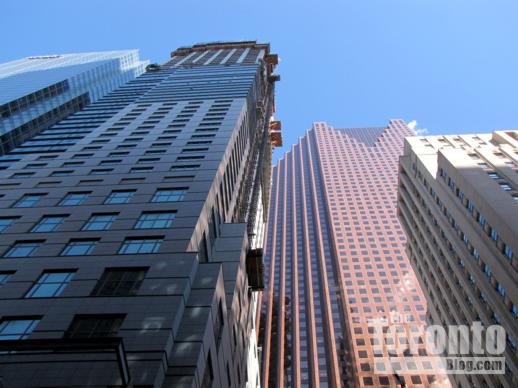 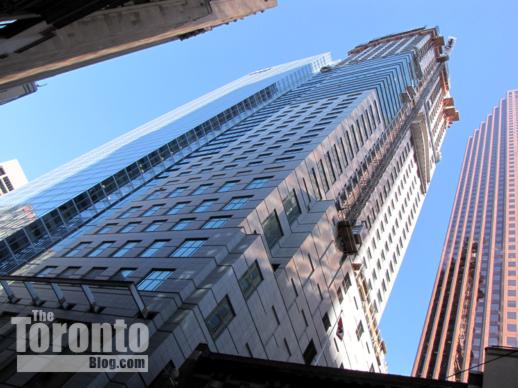 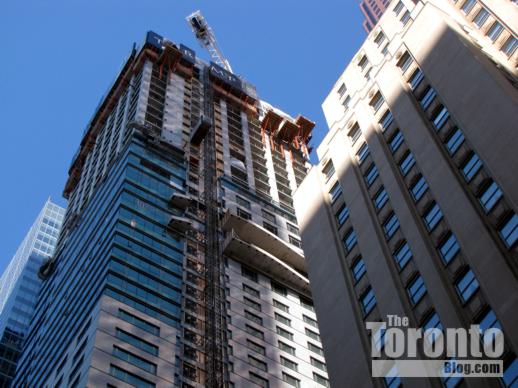 March 7 2011: Toronto Trump Tower and the Bank of Nova Scotia building at 44 King Street West. The 27-storey bank building at the northeast corner of King & Bay Streets was constructed in 1951. 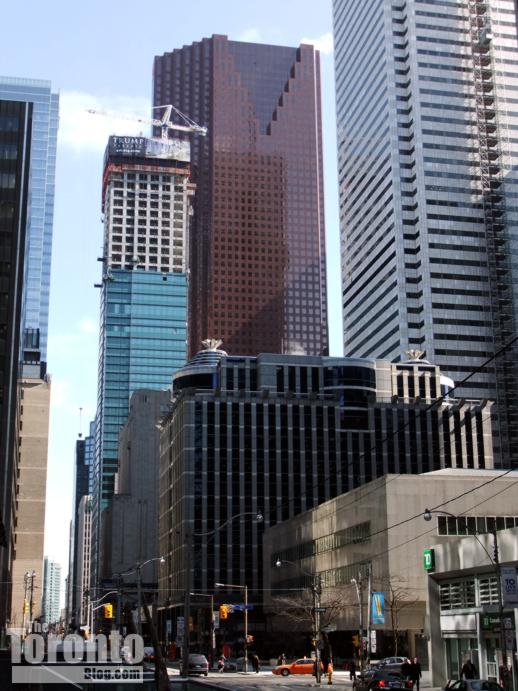 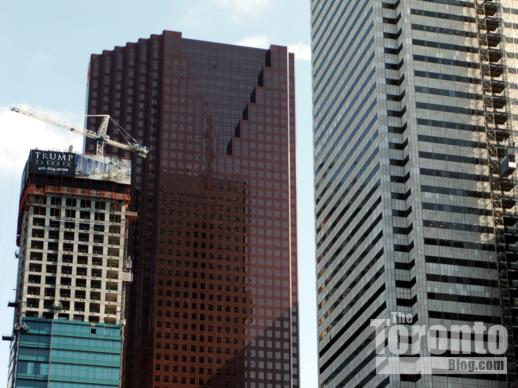 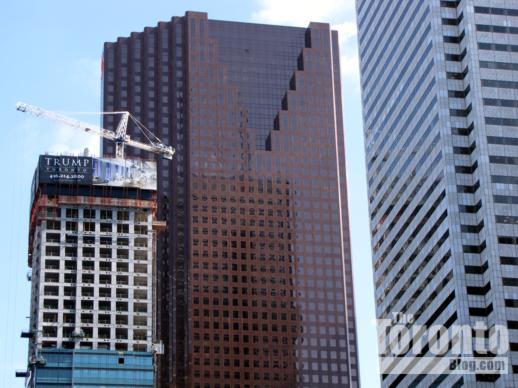 March 14 2011: When completed, the Toronto Trump Tower will stand taller than Scotia Plaza — when measured to the top of its spire. But Scotia Plaza’s roof will still be higher, as a diagram on skyscraperpage.com demonstrates. 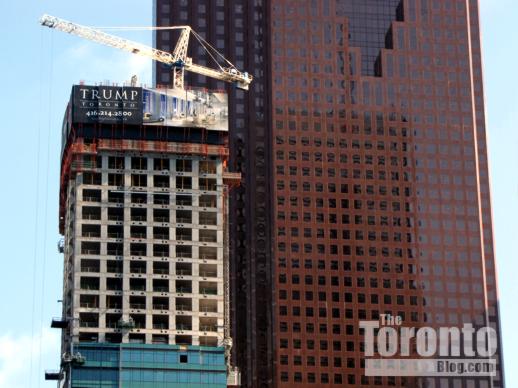 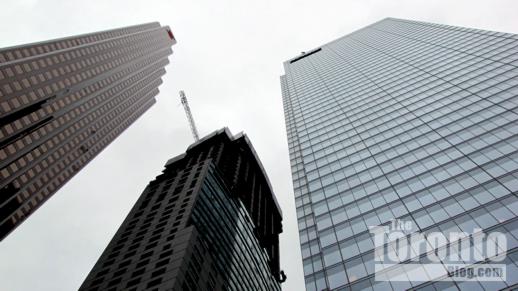 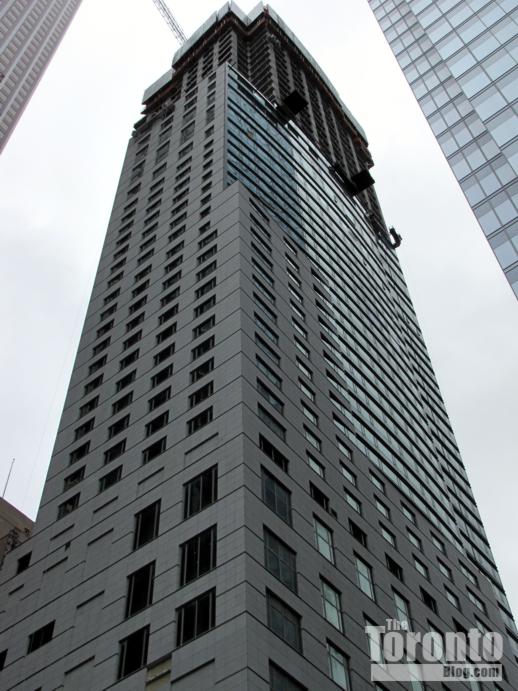 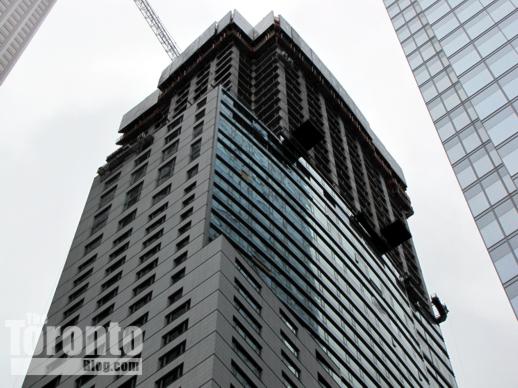 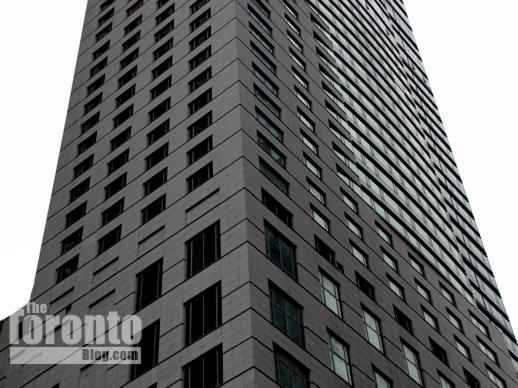 March 22 2011: King Street view of the northeast corner of the Trump Toronto 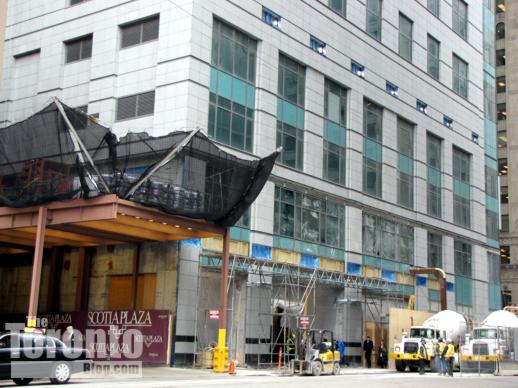 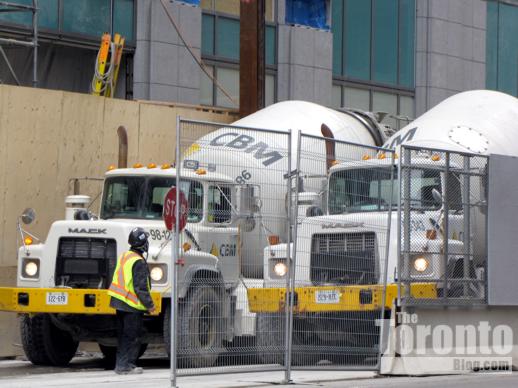