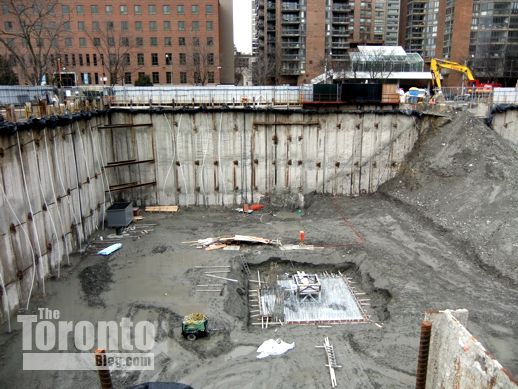 March 2 2012: A construction crane base pad is being assembled on the site where the 45-storey U Condos west tower will rise 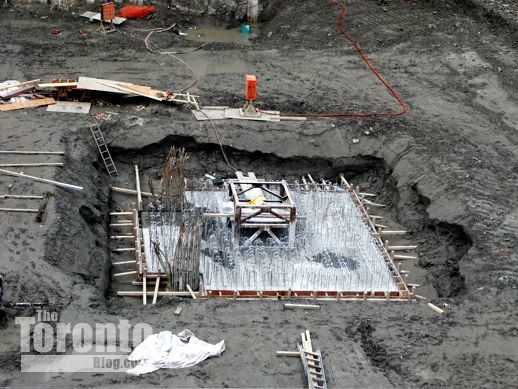 Crane coming: A construction crane will soon soar above the University of Toronto campus from the vast excavation for the two-tower U Condos development at Bay and St Mary Streets.

Late last week, crews began building a crane base on the site of the project’s 45-storey west tower, between St Mary Street to the north, University of Toronto’s Elmsley Hall and Brennan Hall to the west, and historic St Basil’s Church to the south. At least one more crane will be installed at some point to help build the 50-storey east tower, which will rise just to the northeast of the church, along Bay Street. Besides the two towers, the U Condos development will include multi-level townhouses on the north, east and south sides of the property, along with courtyards, pedestrian passageways, and a park extending south toward St Joseph Street.