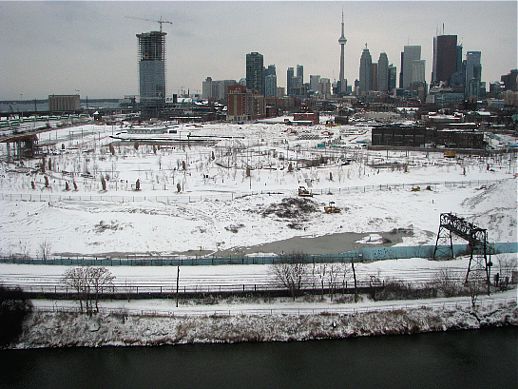 The vast construction zone for the new West Don Lands Community is seen in this image taken by a Waterfront Toronto webcam this afternoon. The 80-acre site was blanketed with light snow this morning, less than 24 hours after Waterfront Toronto and Infrastructure Ontario announced that long-awaited construction is finally commencing on the new mixed-use residential community a short distance east of the downtown business district. The highrise under construction at upper left is the 40-storey Clear Spirit condo tower in the nearby Distillery District. 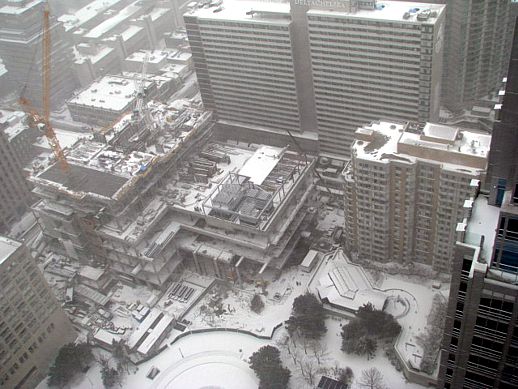 Construction progress on the 75-storey Aura at College Park condo tower is seen in this image captured from a webcam on the Aura website. 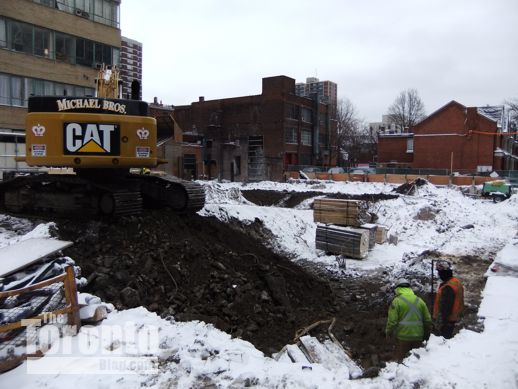 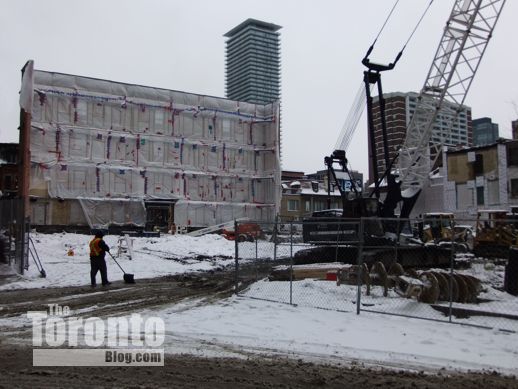 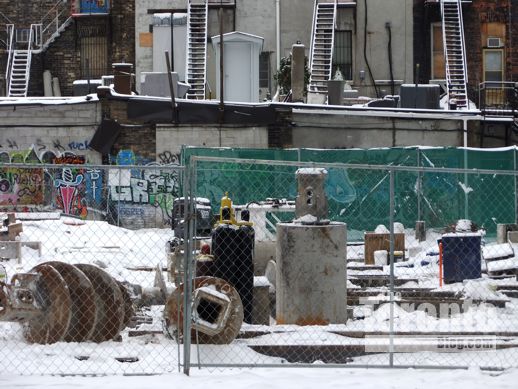 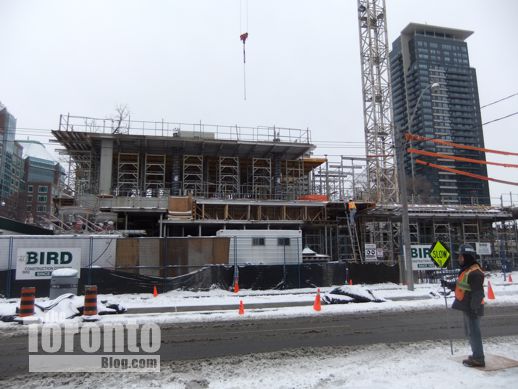 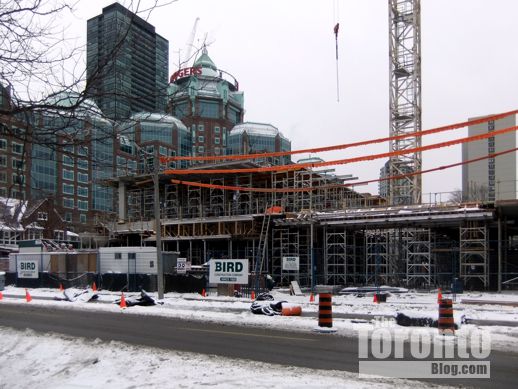 Another view of progress on the 4-storey ETFO office headquarters 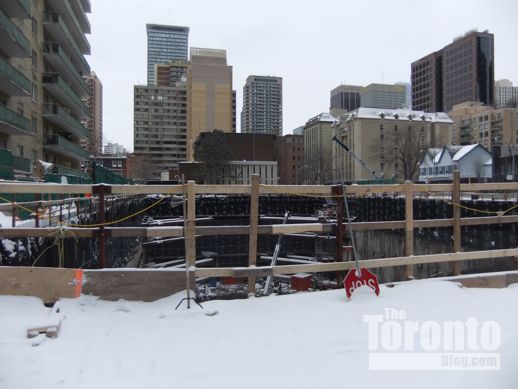 Overlooking the long, rectangular excavation for the 49-storey X2 Condos tower under construction at the southwest corner of Jarvis & Charles Streets 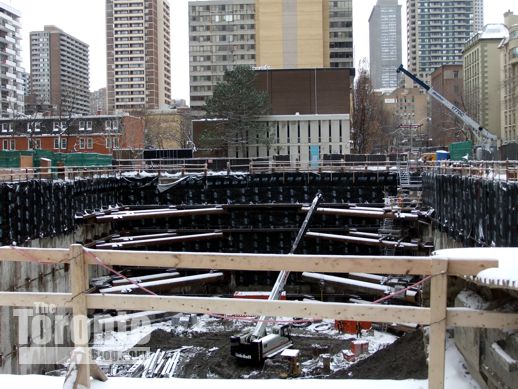 Crews have nearly completed digging the deep excavaton for the X2 Condos tower. The construction crane is expected to be installed soon 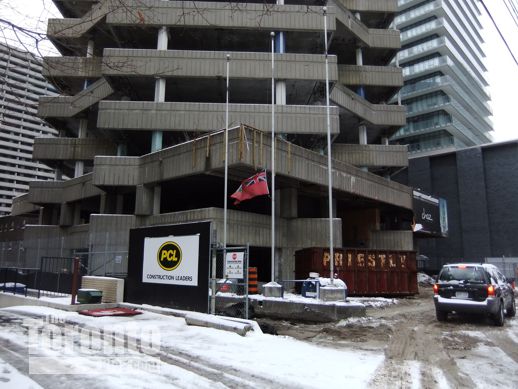 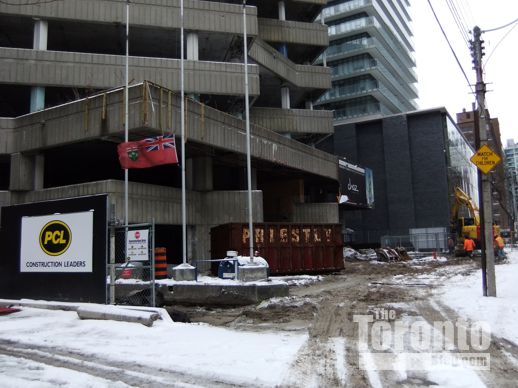 Despite the light snow cover, a drilling rig (rear right) was busy jackhammering a concrete pad at the northwest corner of the Chaz.Yorkville site 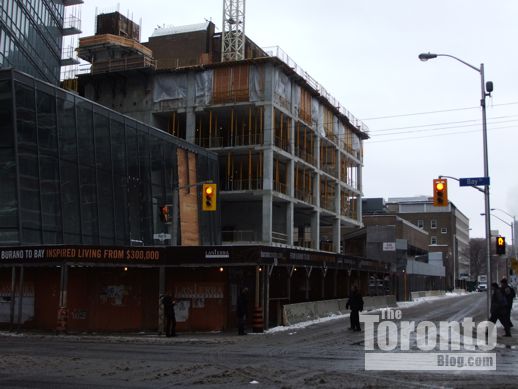 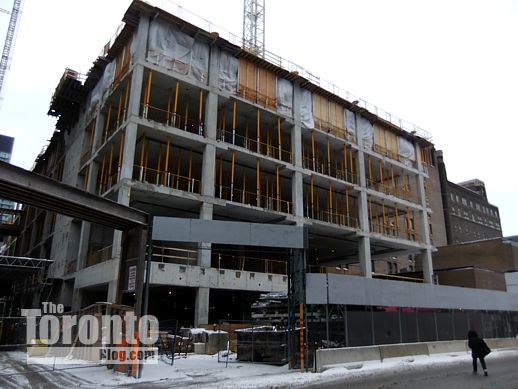 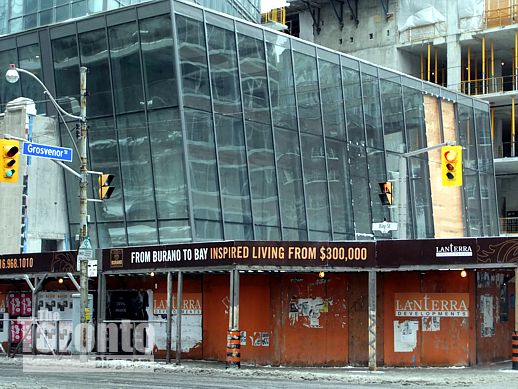 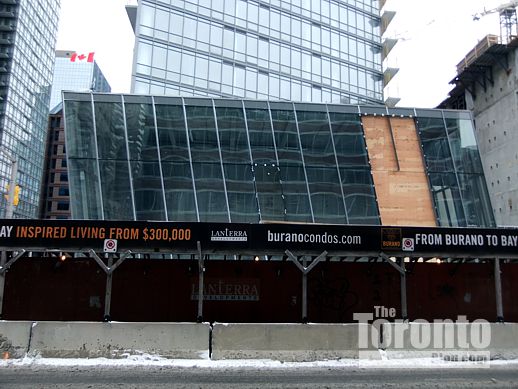 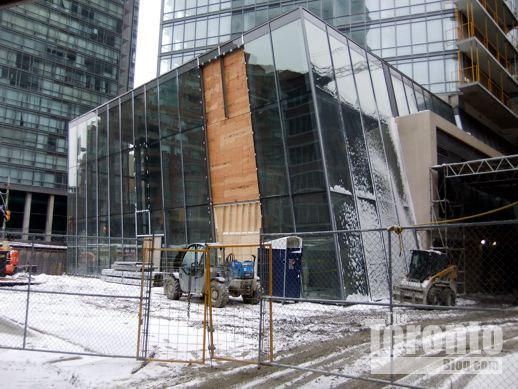 A publicly-accessible piazza, designed by landscape architects Janet Rosenberg + Associates, will be constructed next to the atrium 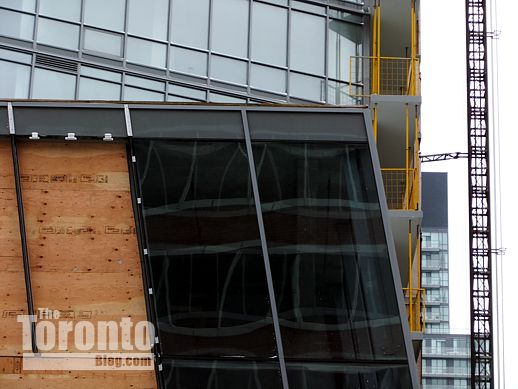 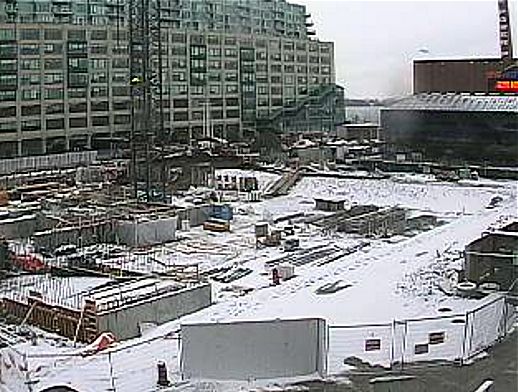 A Harbourfront Centre webcam image of progress on the new underground parking garage for York Quay Centre. Concrete floor slabs have been poured for the 3 below-grade levels, and work will start soon on the ground-level roof over the structure. New outdoor public spaces will be created on top.