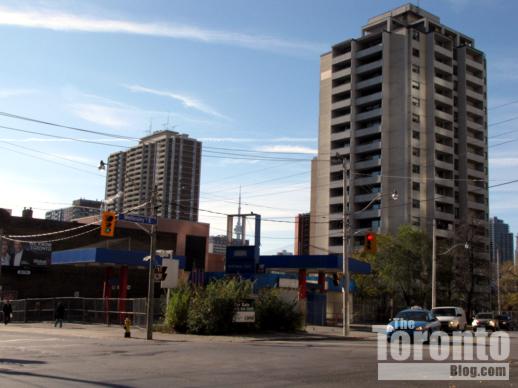 Area residents expect that a condo highrise will be proposed for the southwest corner of Wellesley and Sherbourne Streets, seen here on November 11 2010. 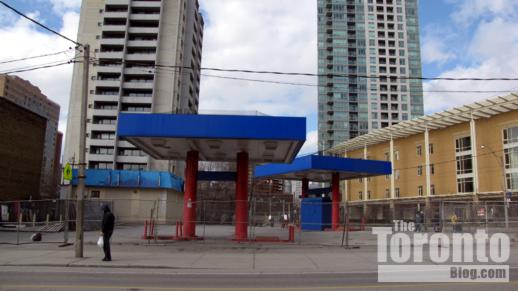 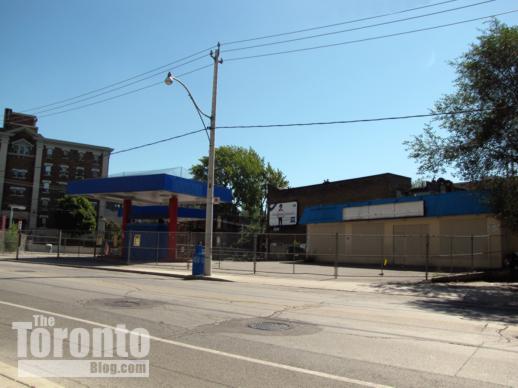 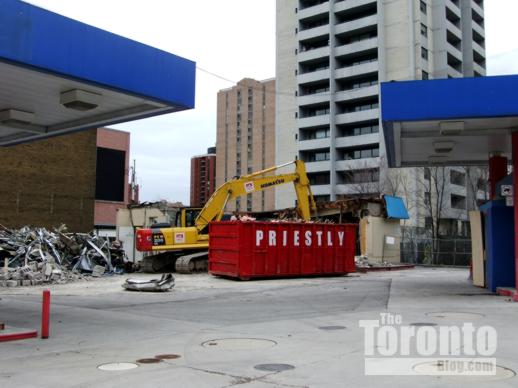 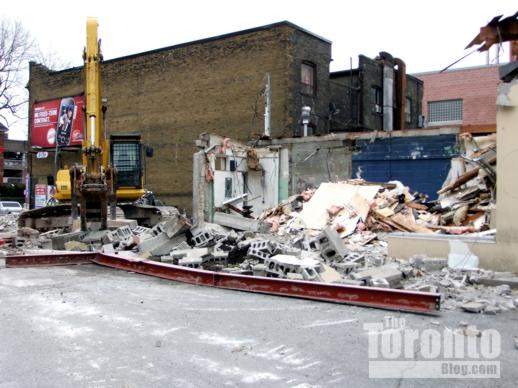 Corner condo? A condo highrise project is apparently in the works for an oddly-shaped parcel of land formerly occupied by a gas station and donut shop at the southwest corner of Sherbourne and Wellesley Streets.The site, at 159 Wellesley Street East, had been occupied for well over a decade by a Beaver Gas Bar and a Baker’s Dozen donut shop. After the two businesses ceased operations when their leases expired early last summer, the site was fenced off and “for sale” signs were posted on the property. The signs came down a few months ago, and word on the street was that the land recently sold for more than $2 million.  Today, a small work crew was busy demolishing the donut shop.

I do know that a developer has discussed potential plans for the site with City planning staff; however, no formal development proposals have been filed yet.  Nevertheless, area residents fully expect that the developer will apply sometime this year for rezoning approval to build a condo tower. This northeast downtown neighbourhood, already home to numerous apartment and condo towers built between the 1960s and mid 1980s, has been a hotbed for residential construction in recent years. Two major condo highrise complexes, Verve and 500 Sherbourne, as well as a lowrise loft condo, Steam Plant Lofts, have opened across the street from 159 Wellesley on the site of the former Wellesley and Princess Margaret hospitals. Just one block to the east, the Star of Downtown midrise condo tower and townhouse complex opened two years ago, while residents recently started moving into the new James Cooper Mansion condo complex four blocks north, at Sherbourne and Linden Streets. Five more residential towers have been proposed for the area, including a rental tower one block north on Sherbourne, and four condo skyscrapers for a North St James Town location between Sherbourne and Parliament Streets, at Bloor Street.

I live nearby, and would welcome a condo on the Wellesley-Sherbourne corner — especially if the developer were to propose building a stunning, unique design that takes full advantage of the property’s unusual shape (the north side of the lot follows the curve on Sherbourne Street). It would further enhance a popular residential area which has already improved considerably with the addition of the other new condo towers and townhouses I mentioned above. I definitely won’t miss the donut shop and its sleazy clientele, and I’m glad I no longer have to dodge the taxi cabs and other vehicles that used to barrel across the sidewalk as drivers rushed to and from the gas pumps. Heck, if I had a dollar for every time I was nearly struck or sideswiped by a car while I walked past the Beaver Gas Bar, I could probably make a down payment on a condo in the building that might go up there.

Below are recent photos of the 159 Wellesley site, as well as other buildings in the immediate vicinity. 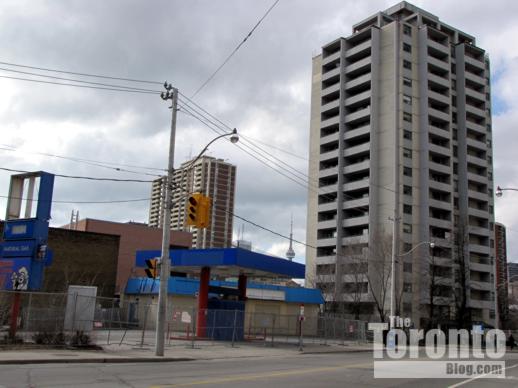 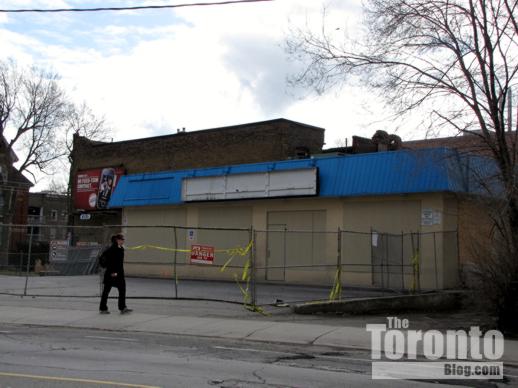 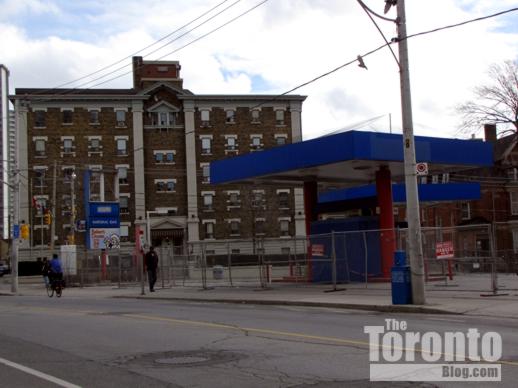 March 22 2011: The former gas bar viewed from the north side of Wellesley St. 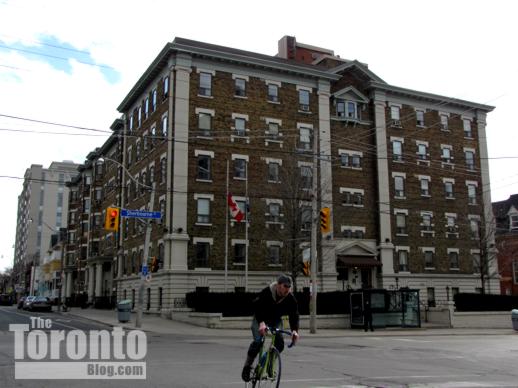 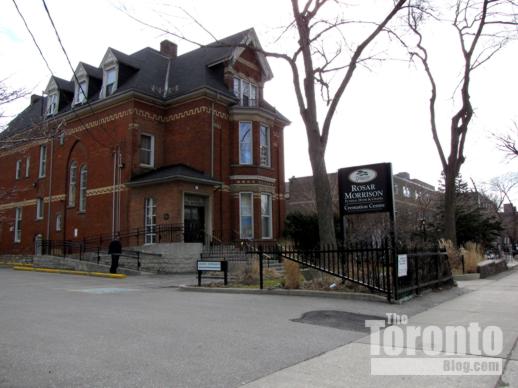 March 22 2011: The Rosar-Morrison funeral home at 467 Sherbourne, directly across the street from the former gas bar and donut shop 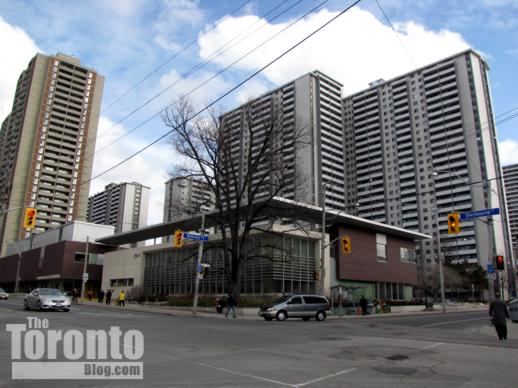 March 22 2011: The St James Town community centre and library on the northeast corner of Wellesley and Sherbourne Streets. At rear are several of the apartment towers of the St James Town neighbourhood including 200 Wellesley St. E., scene of a spectacular highrise fire last September. 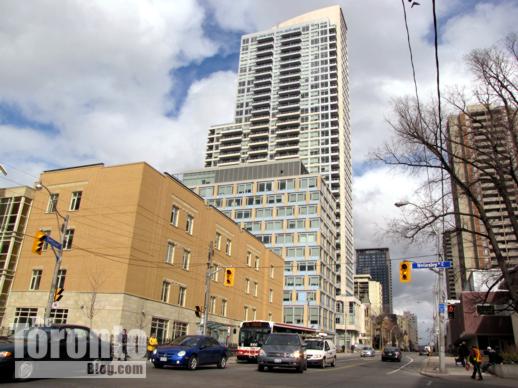 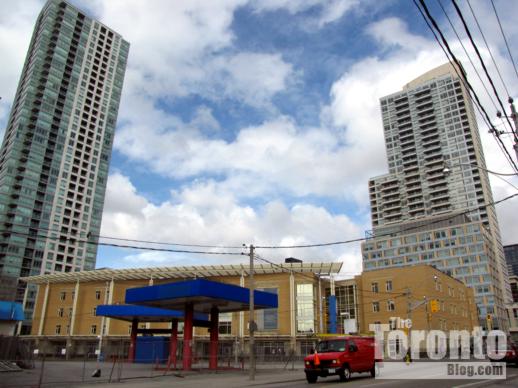 March 22 2011: Northwest view from Sherbourne Street toward the 159 Wellesley Street East potential condo site. At left is the Verve condo tower; at right is the 500 Sherbourne condo tower. 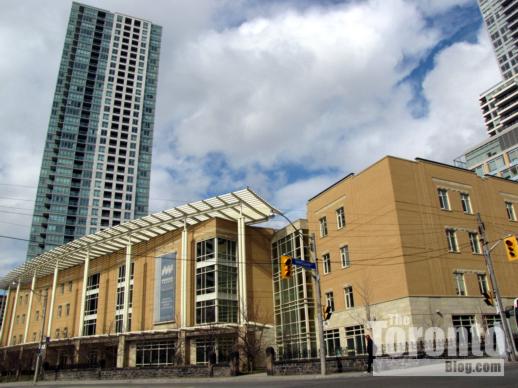 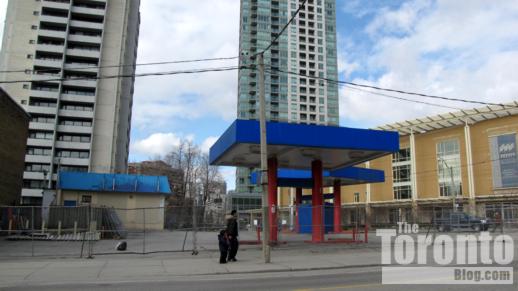 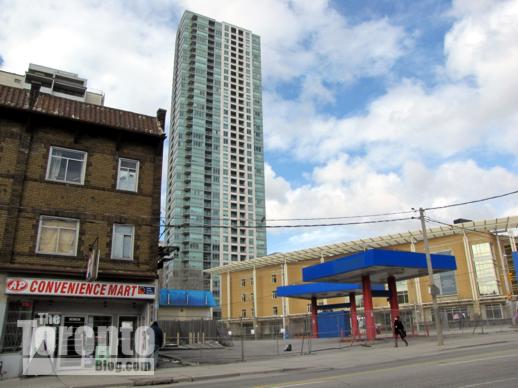 March 22 2011: View from Sherbourne Street toward the corner site 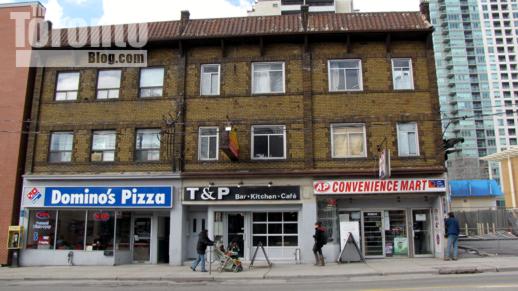 March 22 2011: The building immediately south of the 159 Wellesley site 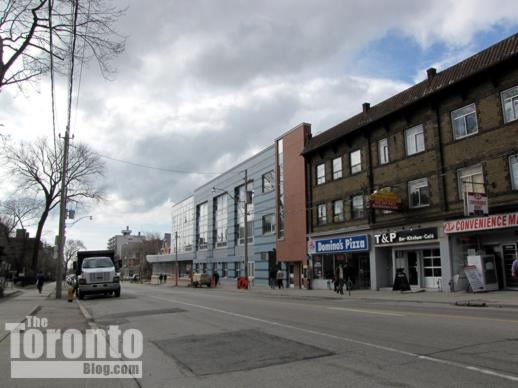 March 22 2011: Commercial businesses and the Our Lady of Lourdes elementary school at 444 Sherbourne Street, just south of Wellesley. 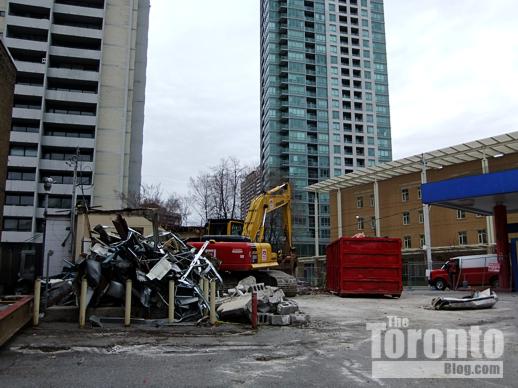 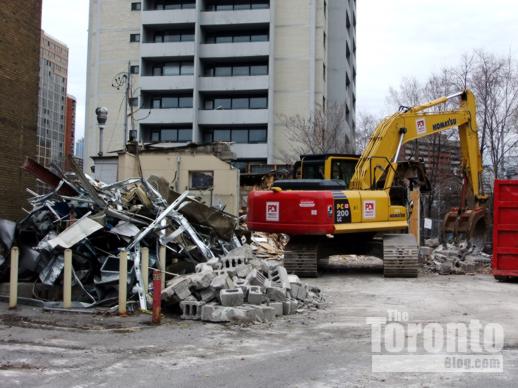 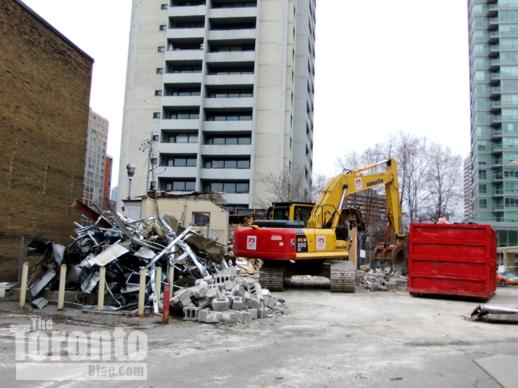 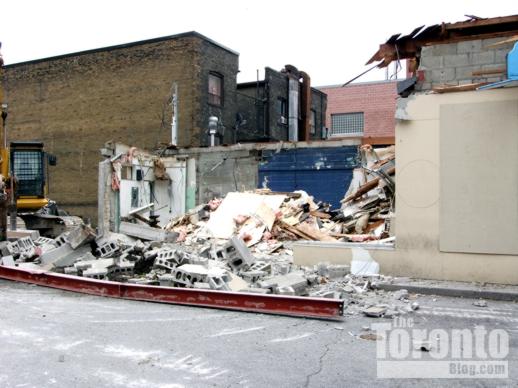 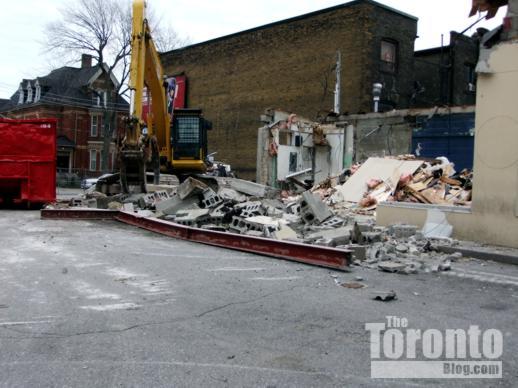 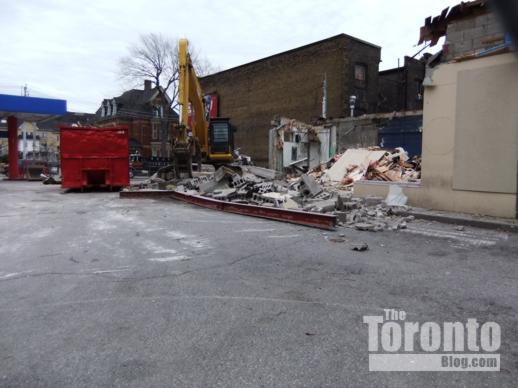