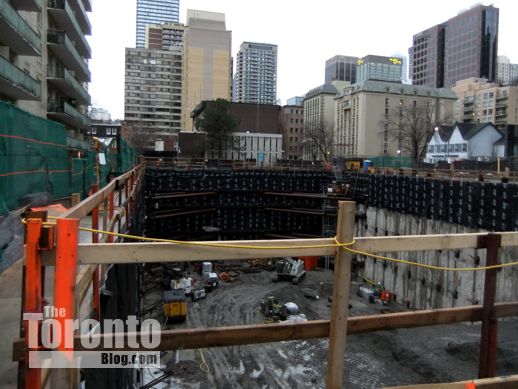 January 1 2012: A New Year’s Day view of the deep excavation pit for X2 Condos, looking west from the sidewalk along Jarvis Street 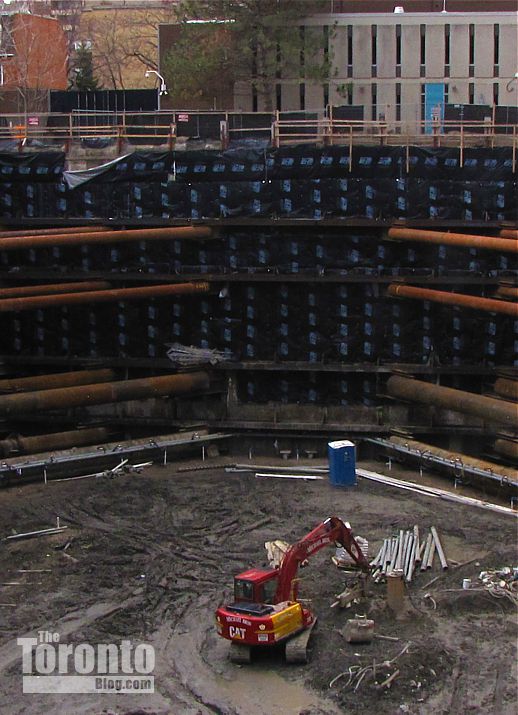 February 5 2011: An excavating machine sits idle in the muddy soil near the western end of the deep rectangular pit… 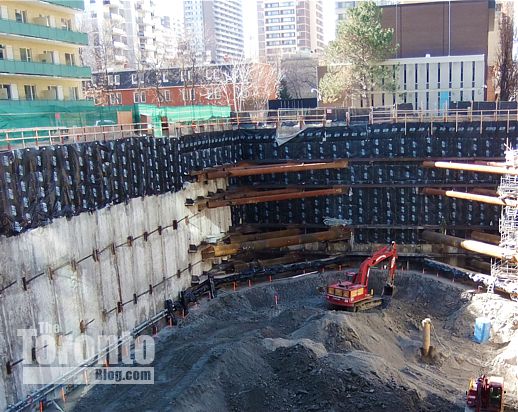 … but in just four days it has dug several feet deeper … 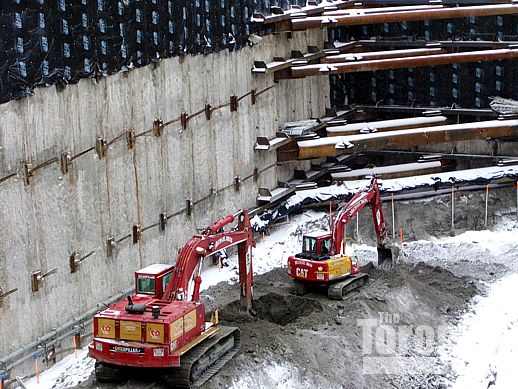 Crane coming soon?: Every time I walk past the X2 Condos building site — which lately has been about four times a week — I expect to see a construction crane rising from the deep excavation at the southwest corner of Jarvis and Charles Streets.

In early January, one of the construction crew told me that workers had to excavate just 20 more feet of soil, after which time a 6-foot-thick slab of concrete would be poured throughout the bottom of the pit to create the base for the 49-storey building foundation. Once the concrete had cured, the crane would be installed. That would take place sometime in January, the construction worker said.