That glass- and aluminium-clad tower is Peter Street Condominiums, a project of CentreCourt Developments in Toronto. Designed by Toronto’s architectsAlliance, Peter Street Condominiums will contain 330 residential units in a sleek 29-storey tower rising above an 11-storey podium at 328 – 340 Adelaide Street West. A 5-level underground parking garage will have 118 parking spaces.

CentreCourt filed its development application with the City on August 13 2010, and city planners issued a preliminary report on the rezoning application on November 4, 2010, outlining the project in full detail. Toronto City Council approved the development on February 7 2011.

The podium will offer street-level retail along with office space on the second and third floors. The building’s recreational amenities will occupy the fourth and fifth levels. The fourth floor will feature a Totum PS Club with fitness equipment, a Spin room and a yoga/aerobics room, all planned by Totum LifeScience. The fifth floor will boast a lounge with a bar and dining area, a billiards room, a theatre lounge, and a guest suite.  The amenities, along with the condo lobby and interiors, are designed by Cecconi Simone Inc. of Toronto. The third member of CentreCourt’s project team is the real estate brokerage firm, Milborne Real Estate Inc.

Below are two artistic illustrations of how the Peter Street Condominiums will look, followed by a series of photos I have taken at the condo site since November 2010. I previously described the project in March 7 2011 post. 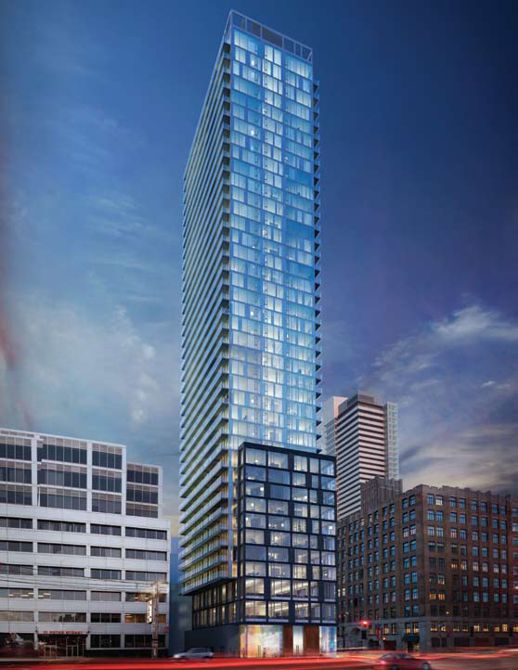 This artistic illustration of the 40-storey aluminum and glass tower appears on the Peter Street Condominiums website. The condo building was designed by architectsAlliance of Toronto. 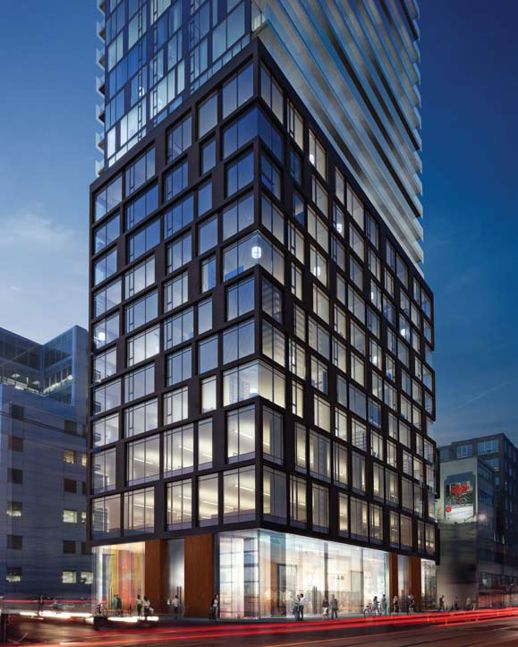 This artistic rendering of the tower’s 11-storey podium also appears on the Peter Street Condominiums website. The podium will have street-level retail, along with office space on the second and third floors. 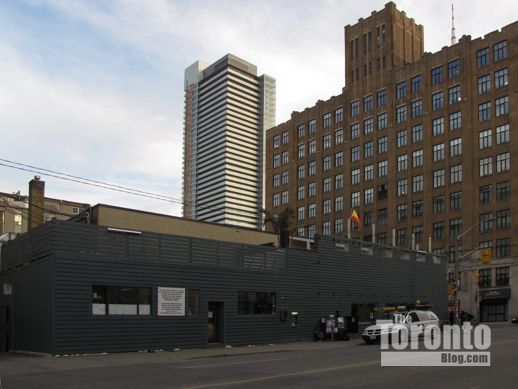 November 29 2010: Peter Street view of the condominium tower site several months after the development plan was filed with the City. 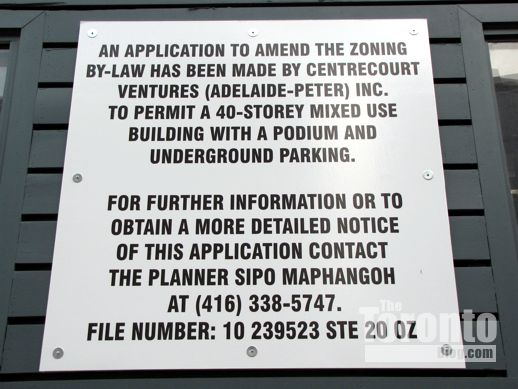 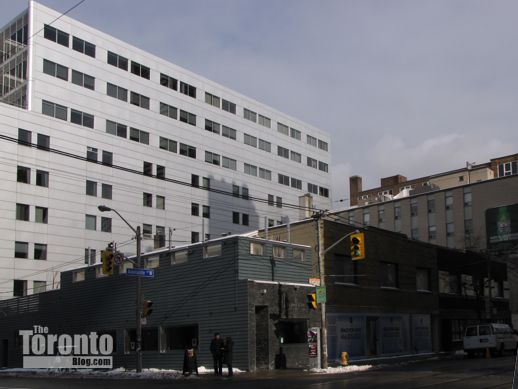 January 14 2011: A view of the development site from the southwest corner of Adelaide and Peter Streets 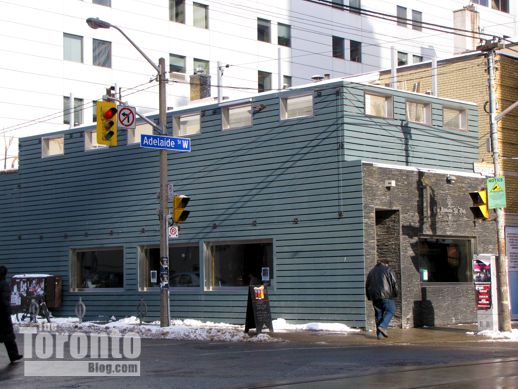 January 14 2011: The Adelaide Street pub was the final occupant of the corner building, a long narrow 1-storey structure with a rooftop patio. 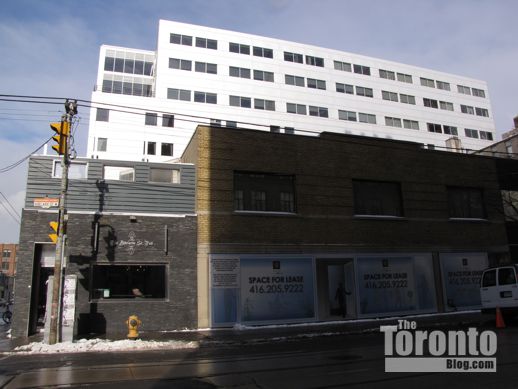 January 14 2011: Looking north at the Adelaide Street pub, left, and the adjacent building that had been home to the Roosevelt Room Supper Club. 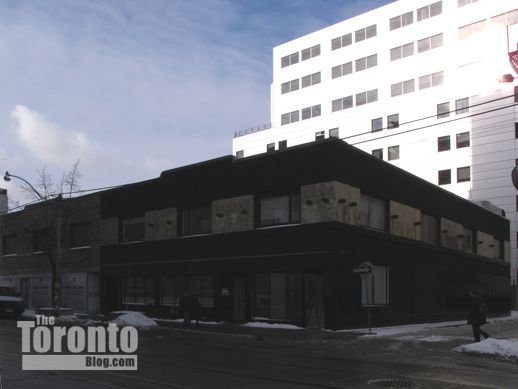 January 14 2011: The Roosevelt Room Supper Club had operated in this building. 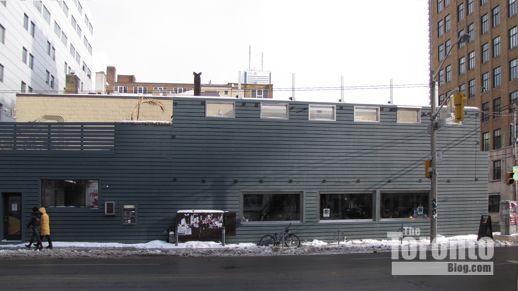 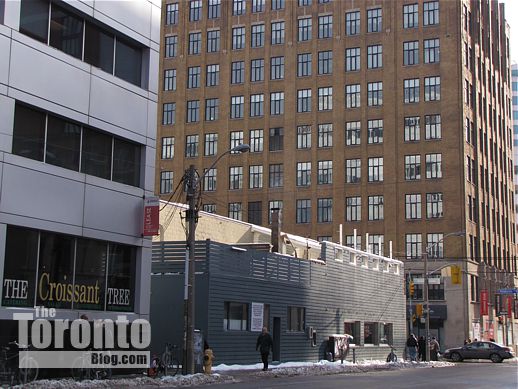 January 14 2011: Another Peter Street view of the condo development site 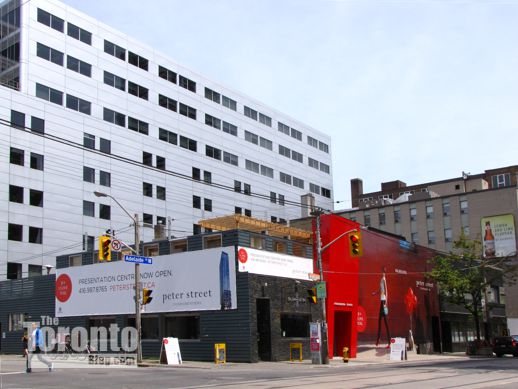 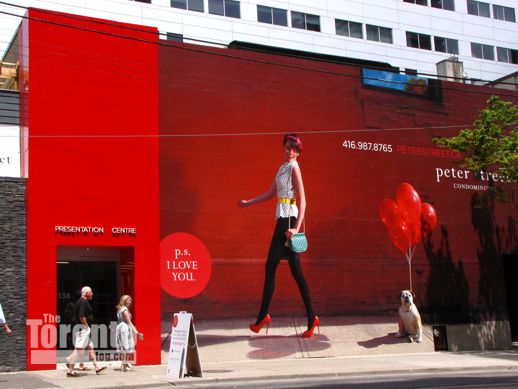 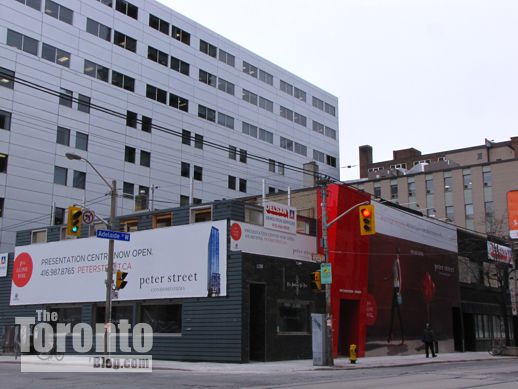 January 30 2012: Delsan demolition signs on the buildings’ exterior indicate that wrecking crews will soon reduce the structures to rubble 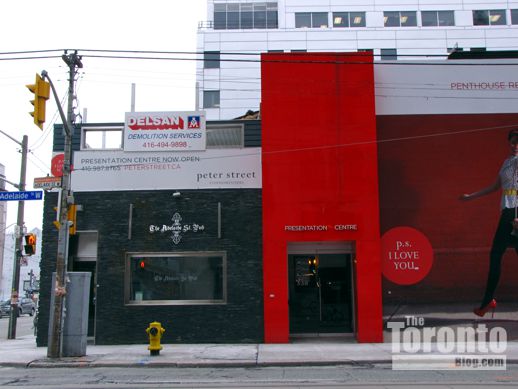 January 30 2012: A Delsan sign above the Adelaide Street Pub 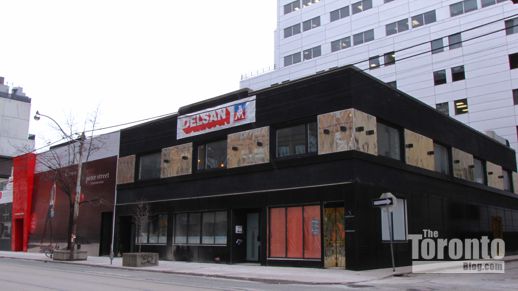 January 30 2012: One final peek at the former Roosevelt Room nightclub building before the demolition crews knock it down 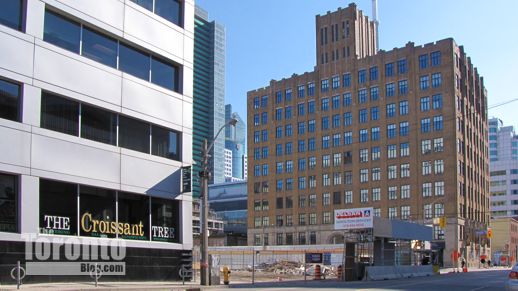 February 20 2012: My first post-demolition view of the site when I walked down Peter Street yesterday afternoon 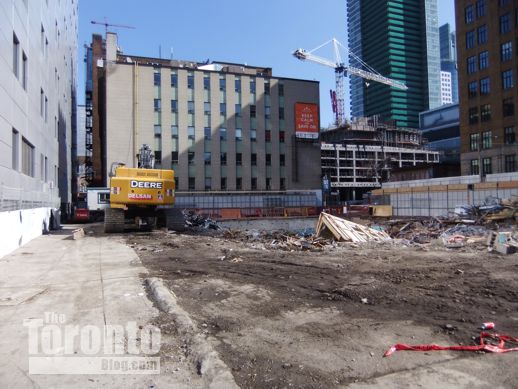 February 20 2012: The view from Peter Street across the north side of the site 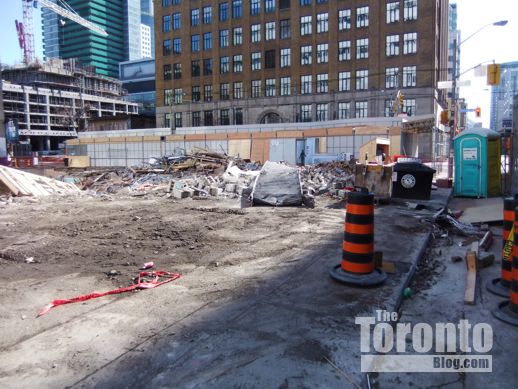 February 20 2012: The view from the northwest corner of the site 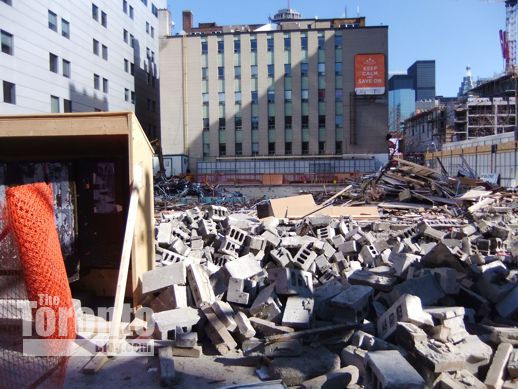 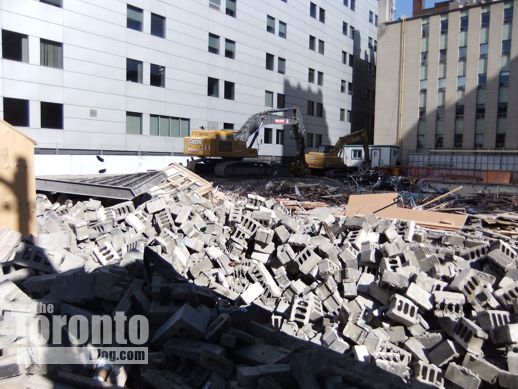 February 20 2012: Looking to the northeast from the corner of Adelaide & Peter. The grey building to the north is a 9-storey commercial & retail structure situated at 111 Peter Street. 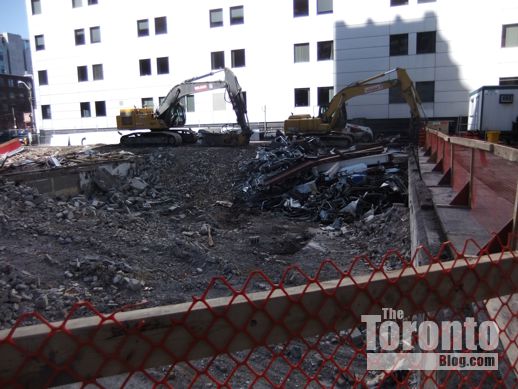 February 20 2012: Demolition machines sit idle on the north side of the site 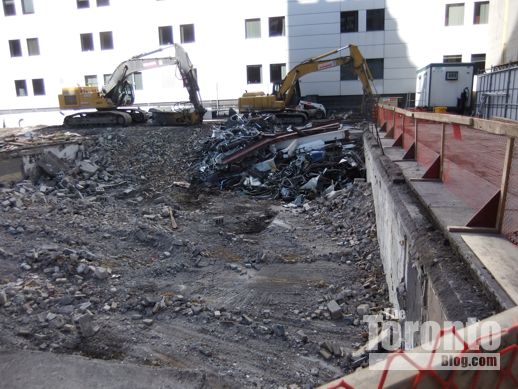 February 2012: The Drummond Place laneway, right, separates the condo development site from a 6-storey office building to the east.