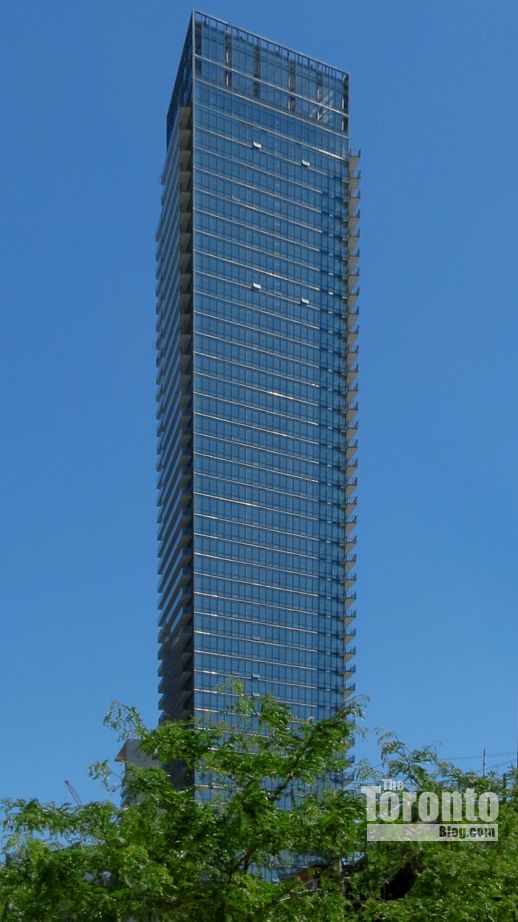 June 13 2012: The Burano condo tower, viewed from the north on Bay Street, has long been in public view as the construction climbed 50 floors above the ground … 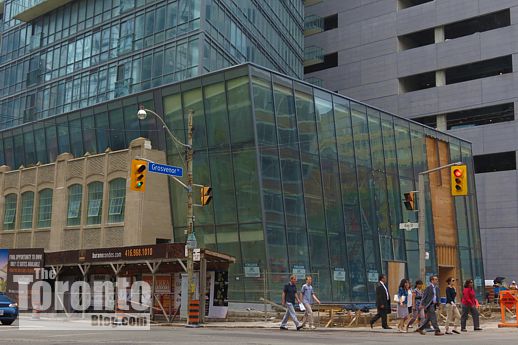 … and the 3-storey glass atrium at the north side of the Burano condo site is finally in full view, too, now that hoarding has been removed from Grosvenor Street 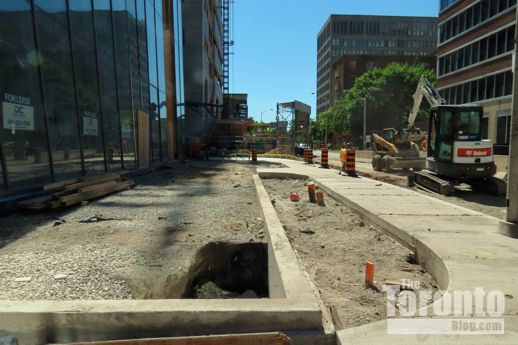 June 13 2012: Landscaping and construction of an Italian-style piazza is underway next to the atrium on the Grosvenor Street flank of the condo complex 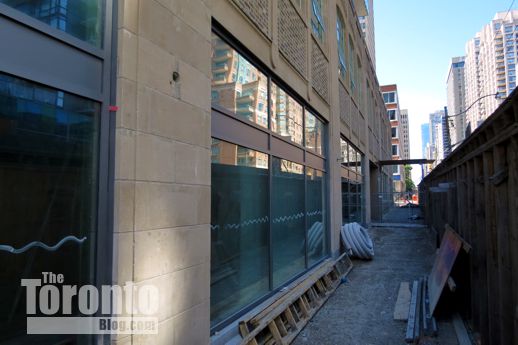 June 13 201: Most of the rebuilt Bay Street facade of the historic Addison automotive building is now visible as construction hoarding is gradually removed from the sidewalk 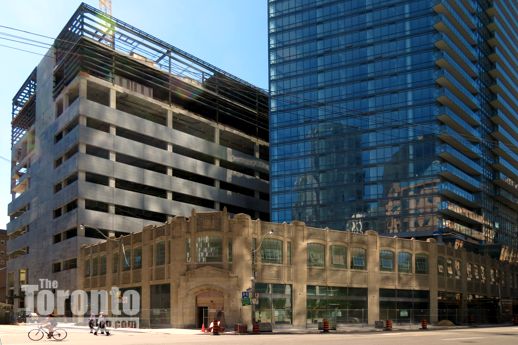 Better views: Construction progress on the Burano Condominium on Bay Street has been clearly visible for many months as the tower climbed 50 storeys into the sky, but now passersby are getting to see how downtown’s newest skyscraper looks at street level.

With exterior work on the Burano tower nearly complete, crews have been able to begin removing the wooden hoarding and the chainlink security fences that have obscured street-level views of the building, including its signature glass atrium on Grosvenor Street and the rebuilt brick facade of the historic Addison on Bay automotive showroom and garage along Bay Street and Grenville Street.