According to the Burano project website, the Addison building will feature a “pedestrian mall” boasting “a compendium of shops and services.” But it could be quite some time before passersby see activity in any of the storefronts or even get to go inside to browse — there’s a “for lease” sign plastered to each street-level window.

A project of Lanterra Developments, Burano Condos was designed by Peter Clewes of architectsAlliance. An Italian-inspired piazza, designed by Janet Rosenberg + Associates Landscape Architecture, will grace the Grosvenor Street side of the Burano property, next to a 3-storey glass atrium at the foot of the tower. The inside of the atrium, which will be publicly accessible during the daytime, will feature a bold piece of public art  — a giant fresco painting called “Glass Memory” by noted Italian artist Sandro Martini. [A brief videoclip about the artist and his work can be viewed on the public art page of Lanterra’s website.

Below are more recent photos of Burano. 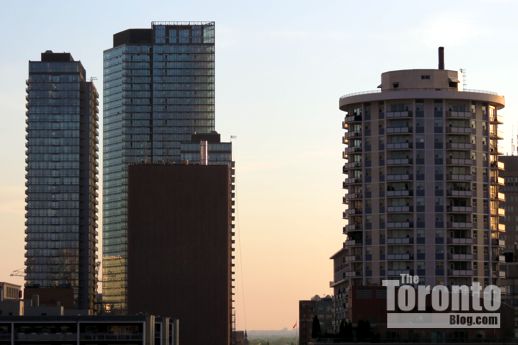 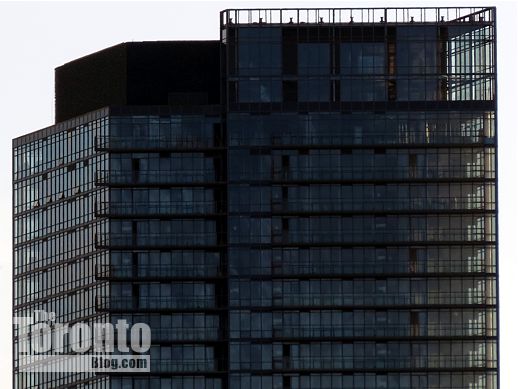 June 7 2012: The top 8 floors on the east side and angled south side of the tower 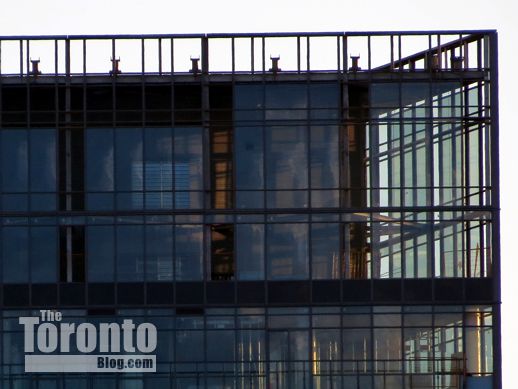 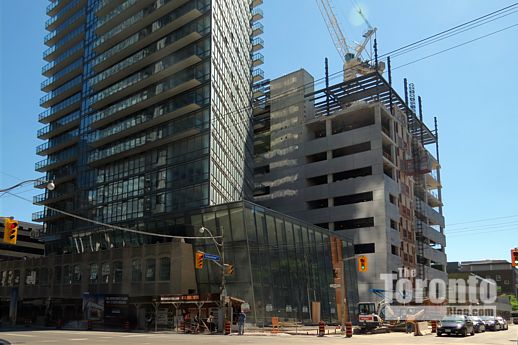 June 13 2012: Approaching the Burano complex from the east on Grosvenor Street 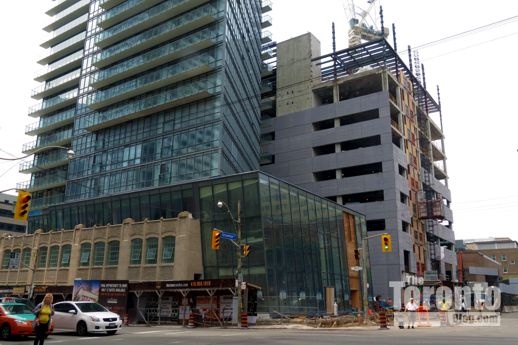 June 12 2012: Grosvenor Street (at Bay) view of the east side of Burano and the new Women’s College Hospital building under construction next door 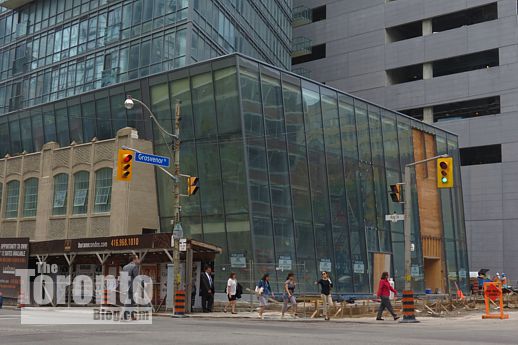 June 12 2012: Wooden hoarding remains in place along parts of the Bay Street sidewalk, but has been removed from the Grosvenor and Grenville flanks of the complex 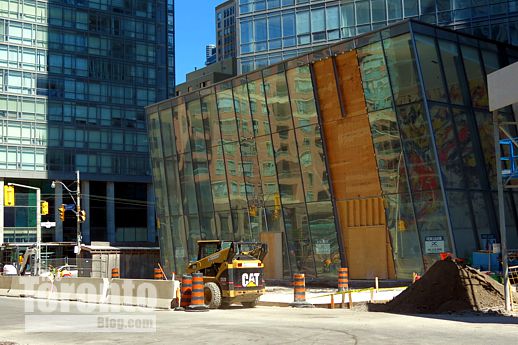 June 13 2012: Atrium viewed from Grosvenor Street to the northwest 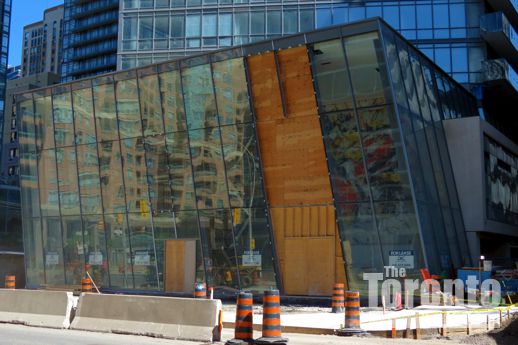 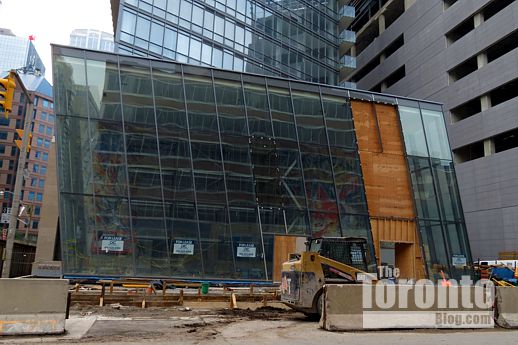 June 12 2012: The atrium viewed from the north side of Grosvenor Street 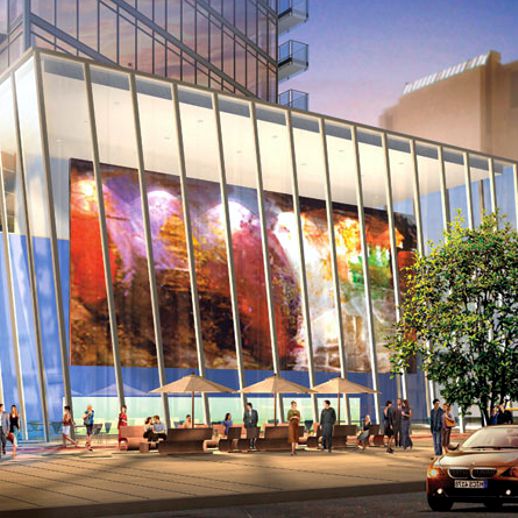 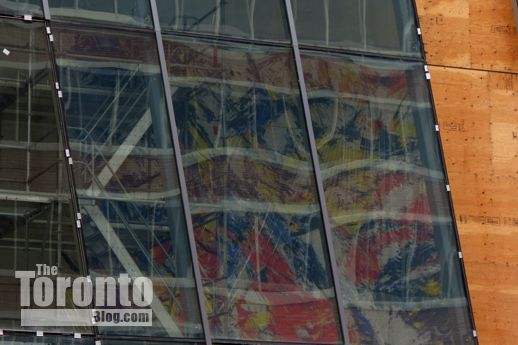 June 12 2012: The atrium interior will feature a custom fresco painting by Italian artist Sandro Martini. The boldly-coloured creation is partially visible through the incomplete glass wall. 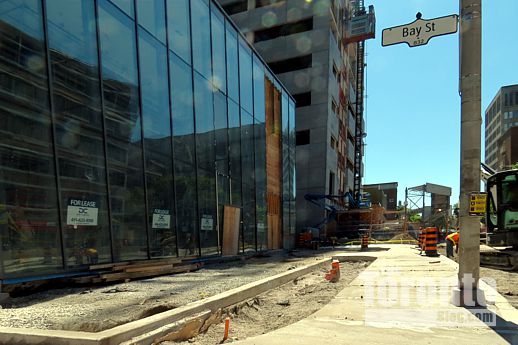 June 13 2012: The Burano website says this “public realm” space along the atrium will feature a piazza inspired by the cafes at Saint Mark Square in Venice. The piazza is being designed by Toronto landscape architect Janet Rosenberg. 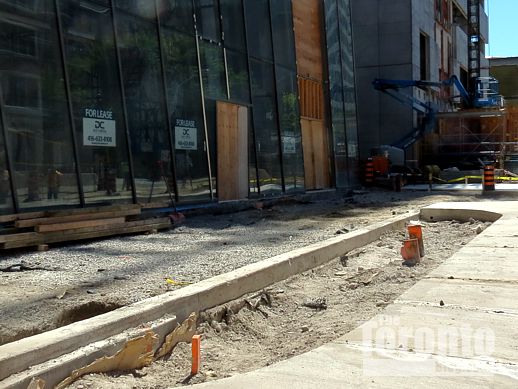 June 13 2012: I hope trees will be planted along Grosvenor Street, since this corner desperately needs greenery and shade from the blazing afternoon sun 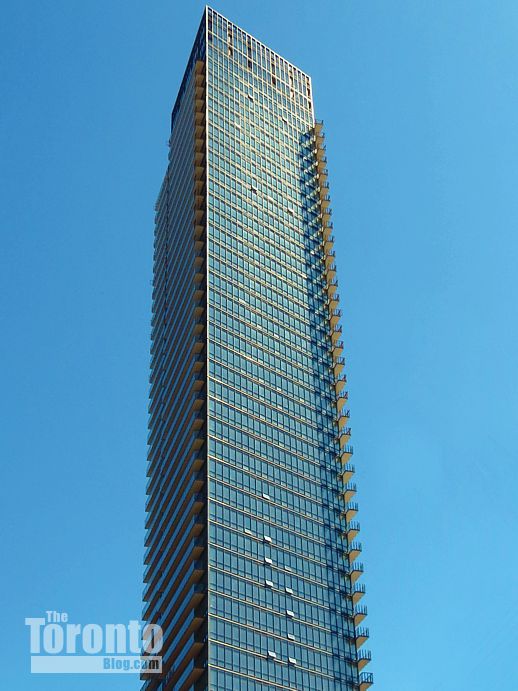 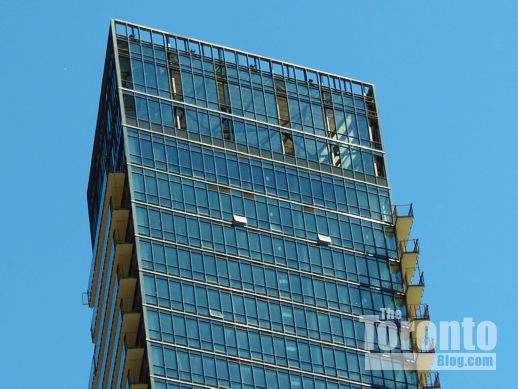 June 13 201: The upper levels on the north side of the tower 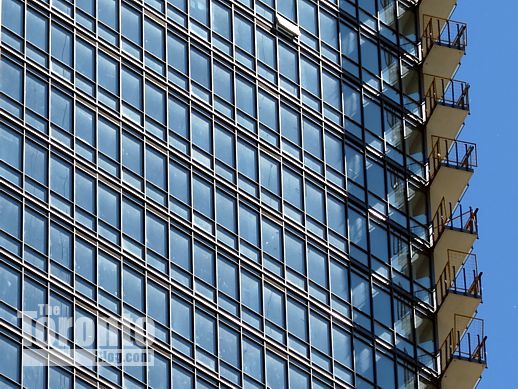 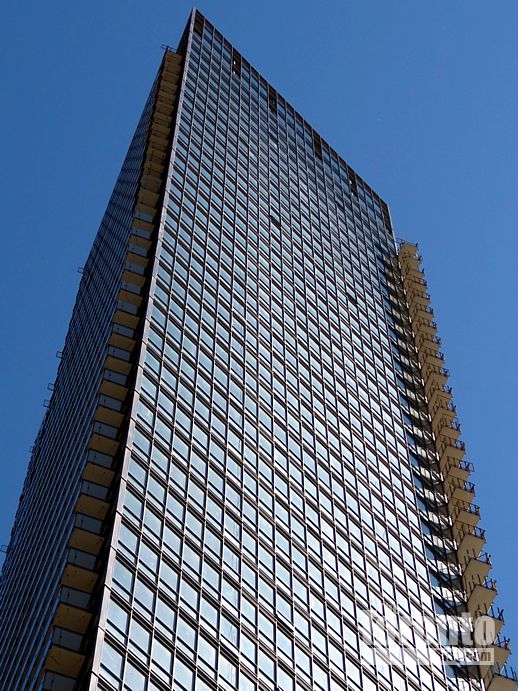 June 13 2012: Another view up the northeast corner of the tower 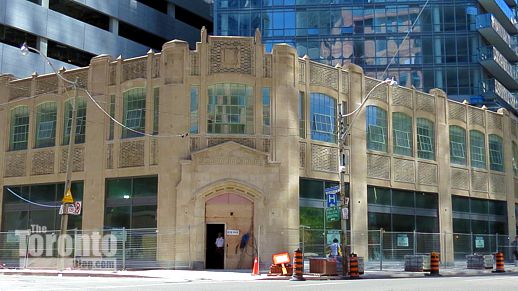 June 13 2012: The grand entrance to the rebuilt Addison on Bay heritage building at the northwest corner of Bay and Grenville Streets 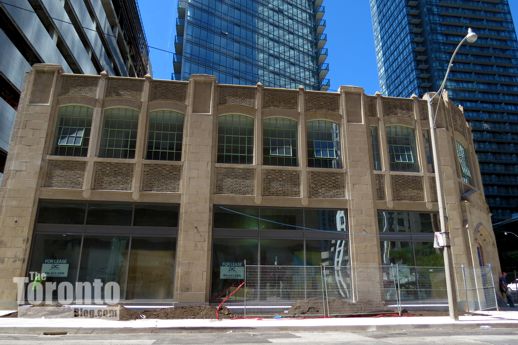 June 13 2012: The reconstructed Addison on Bay facade along Grenville Street 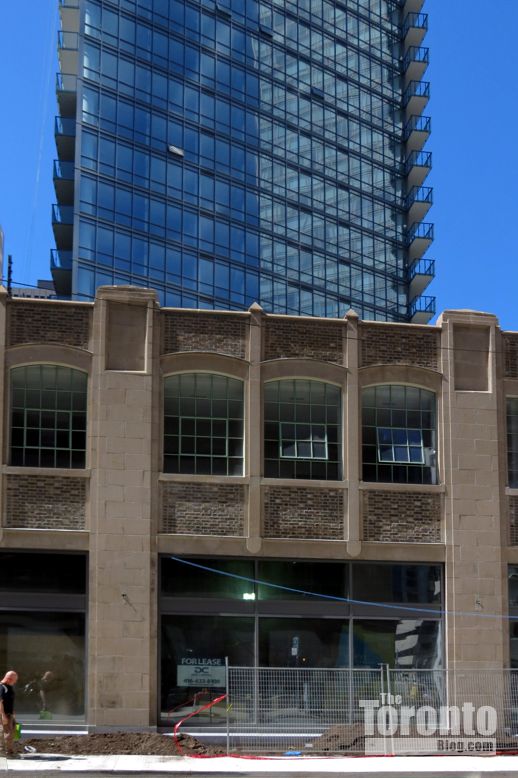 June 13 2012: A “for lease” sign is posted in one of the street-level windows. The ground floor of the reconstructed Addison building will feature a “pedestrian mall.” 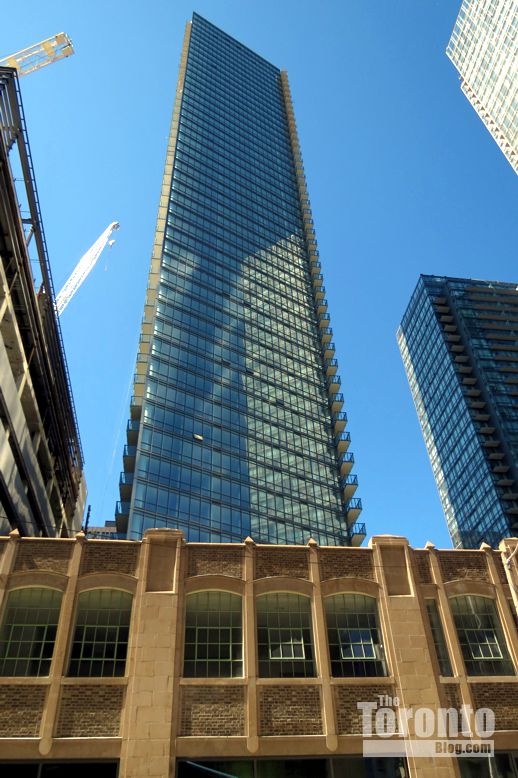 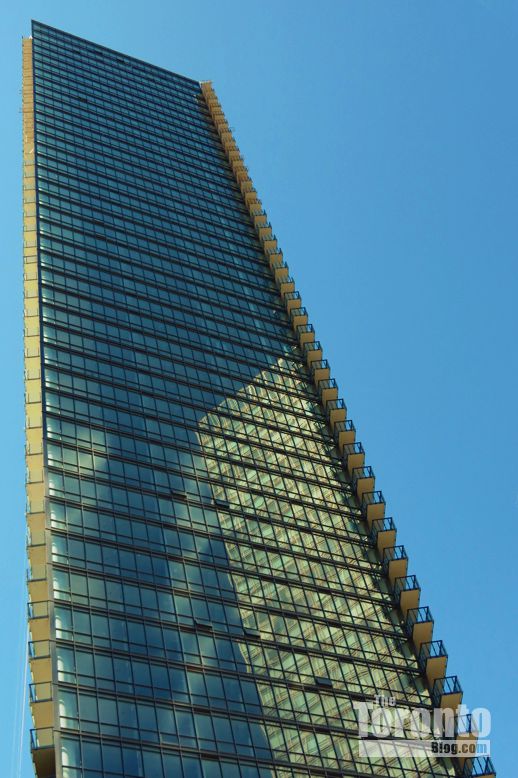 June 13 201: The south wall of the tower, viewed here from Grenville Street, reflects the Murano south condo tower on the east side of Bay Street. 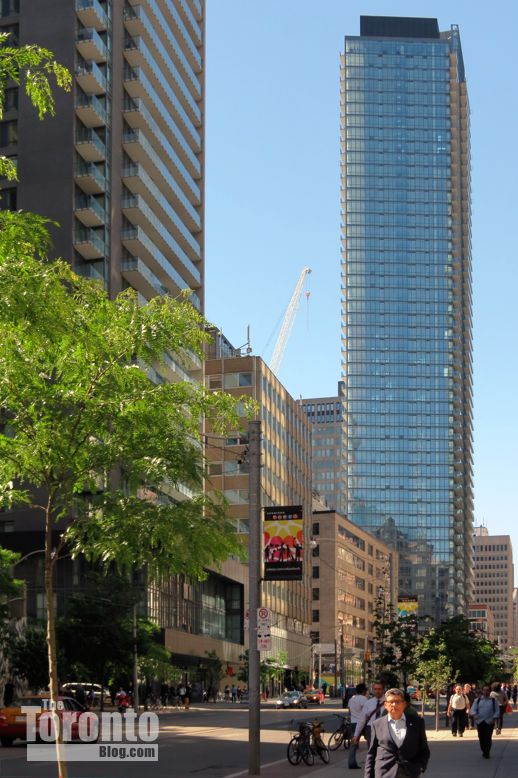 June 13 2012: Burano seen from the south on Bay Street between College & Gerrard Streets 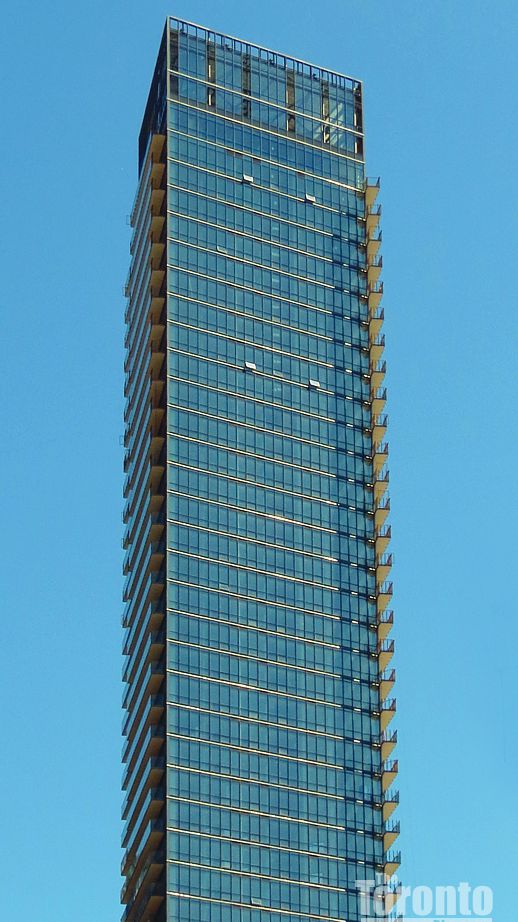