Meanwhile, fritted glazing was applied to the 8-storey pavilion that houses the hotel’s ballroom, convention centre and other facilities because opacity is the standard that the hospitality industry prefers for cladding on public function areas, the architect said.

With Mays’s column fresh in mind, I took a few more close looks at the Four Seasons skyscraper  when I was in Yorkville yesterday afternoon and again today. Both it, and its 25-storey companion condo tower, really do appear to blend into the sky. Well done, Mr. Clewes.

Below is a series of photos I’ve shot of the Four Seasons Toronto in recent days and in the past, some of which I think capture the 55-storey tower blending into the sky.

The Four Seasons Hotel, by the way, is expected to celebrate its grand opening in early October. 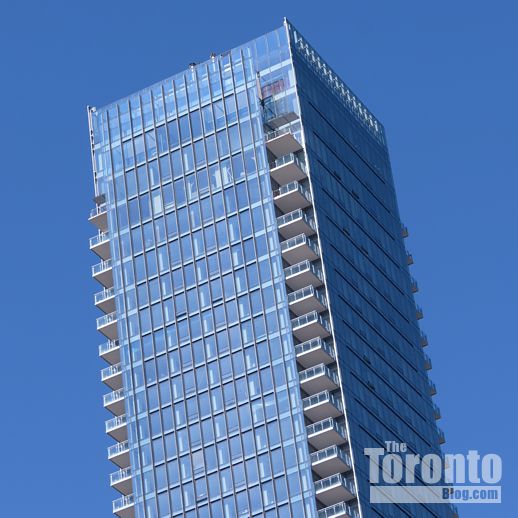 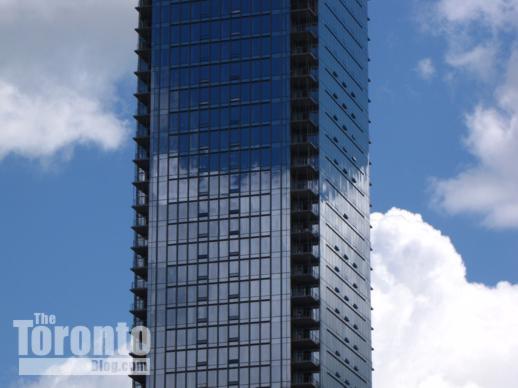 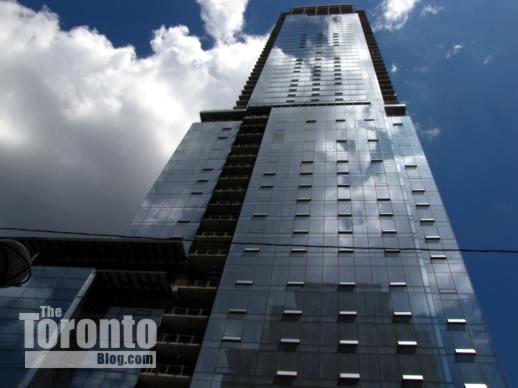 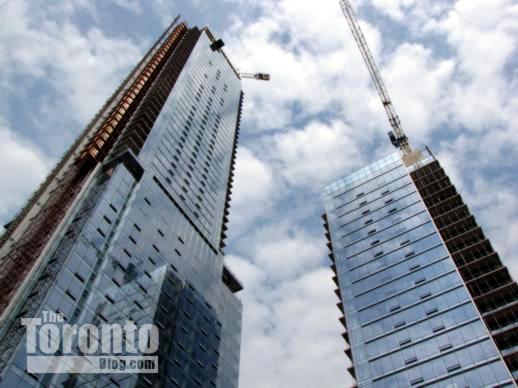 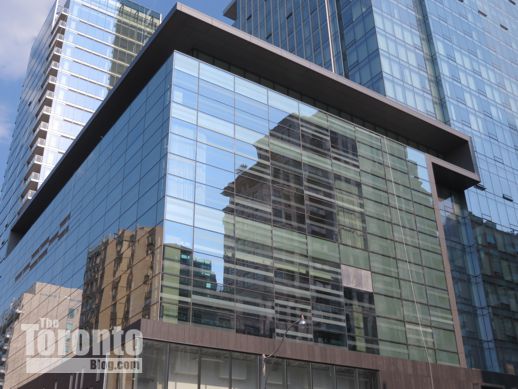 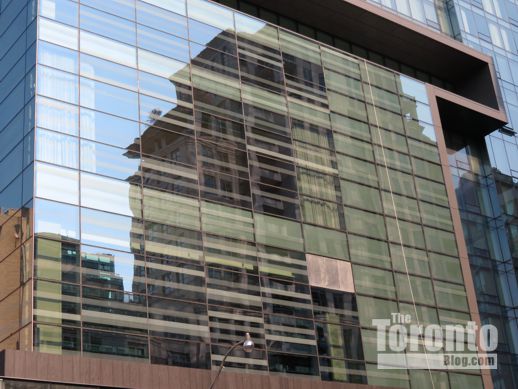 August 31 2012: The Bay Street facade of the hotel pavilion 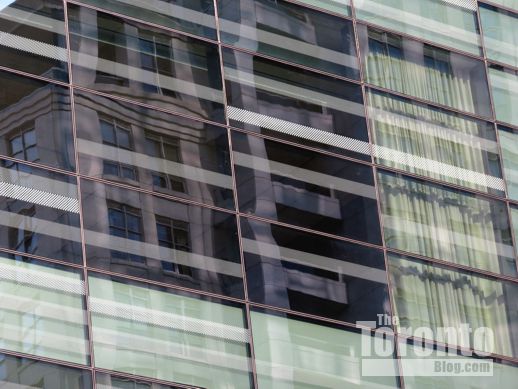 August 31 2012: A closer look at the fritted glass west wall of the pavilion 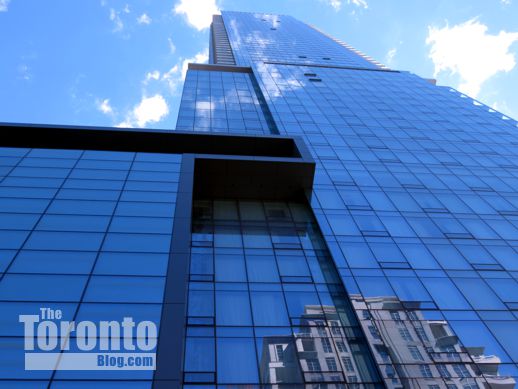 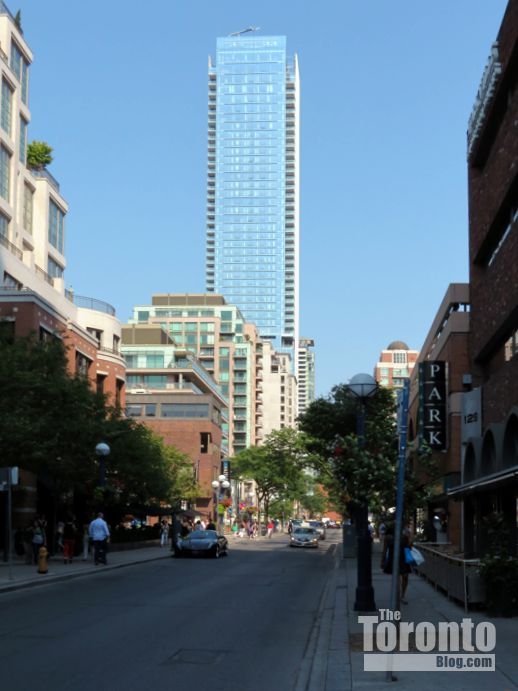 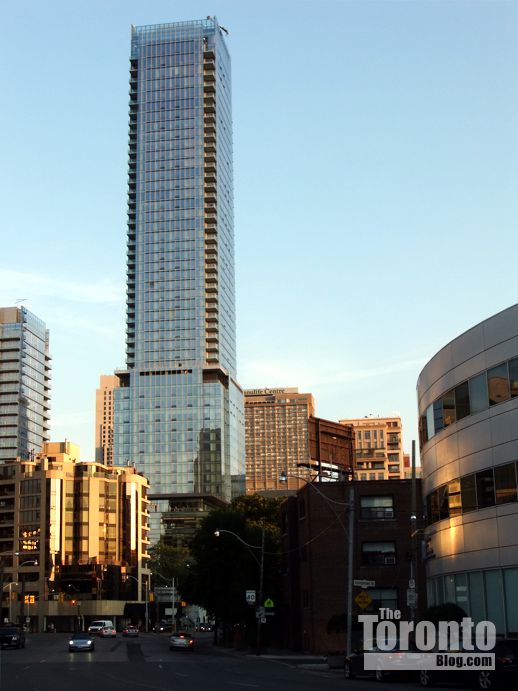 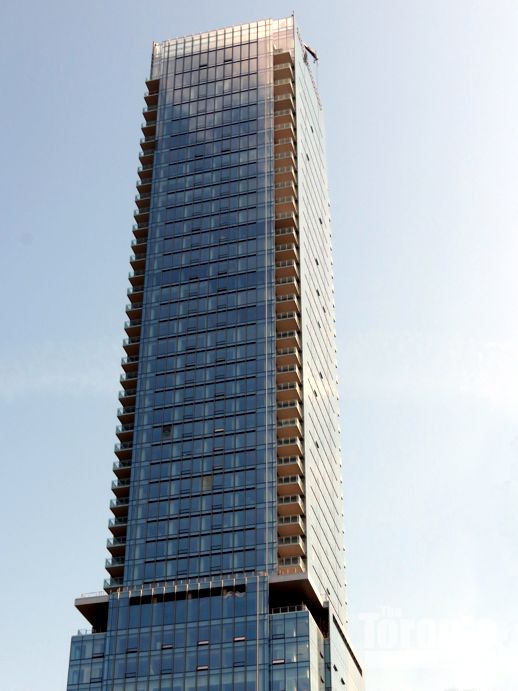 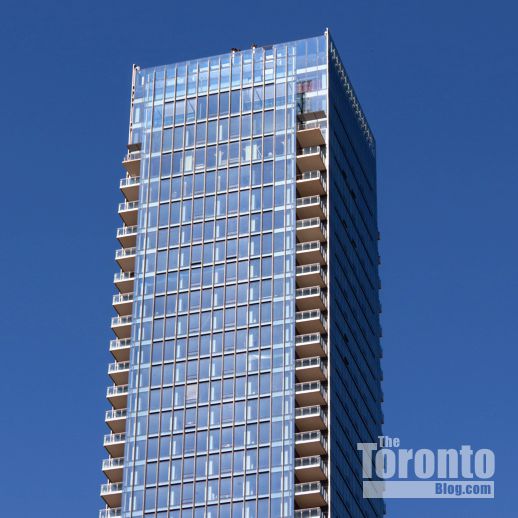 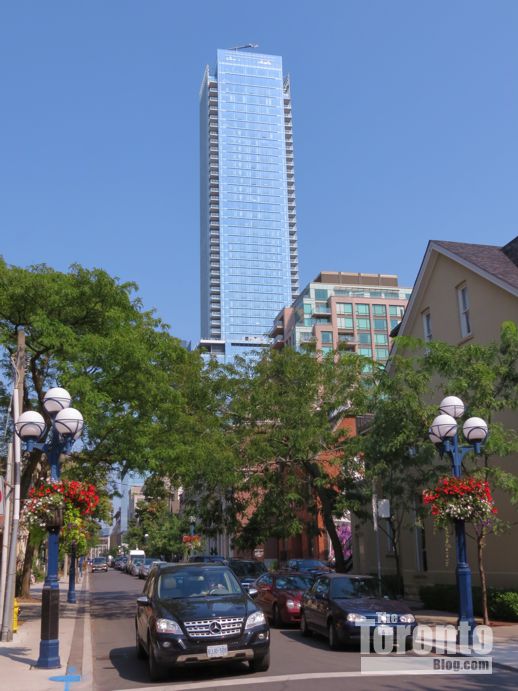 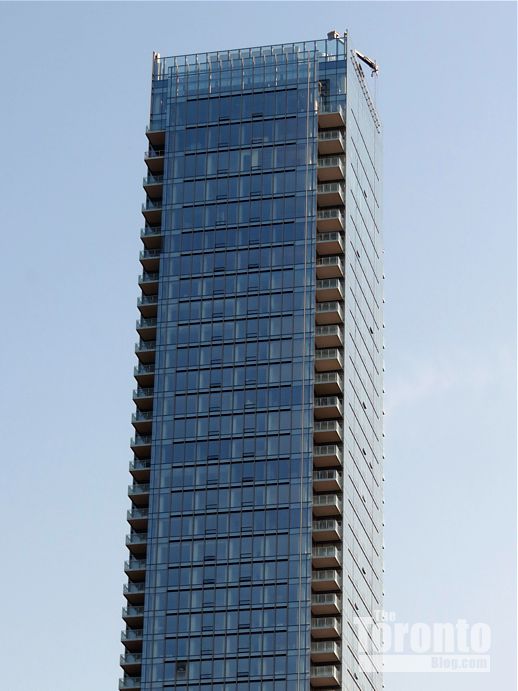 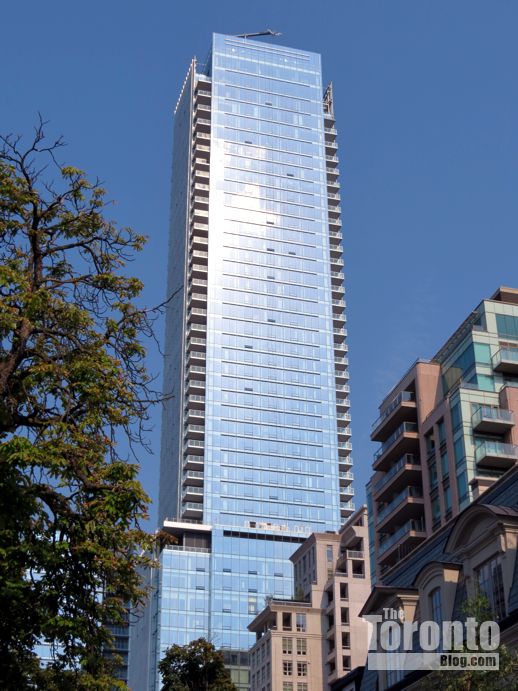 August 31 201: Sunshine glints on the west side of the Four Seasons tower in this view from Scollard Street between Bay Street and Hazelton Avenue 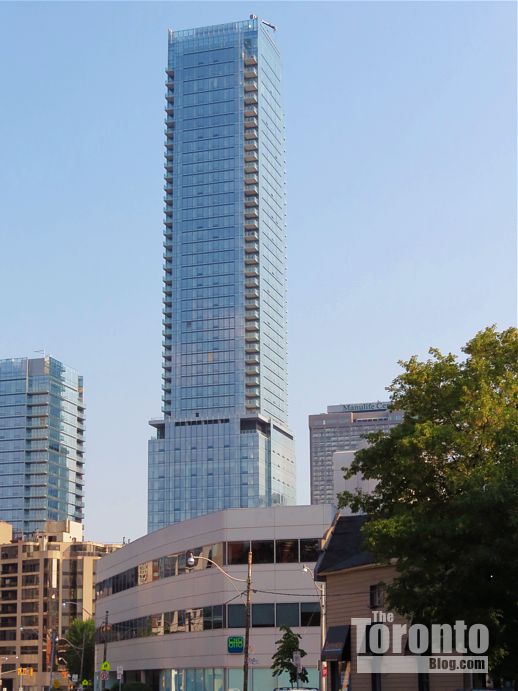 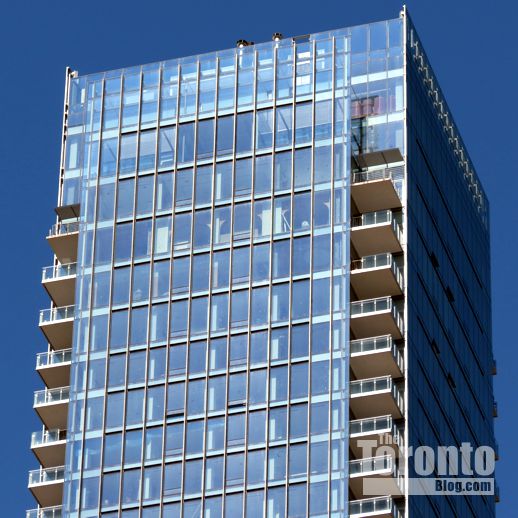 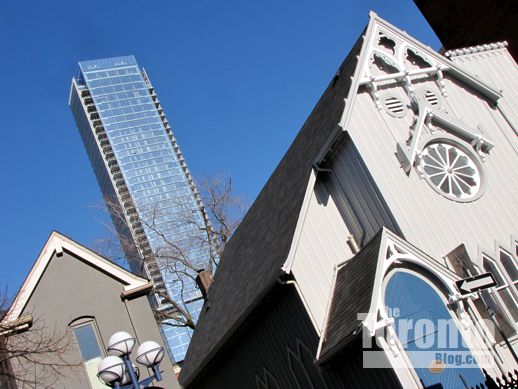