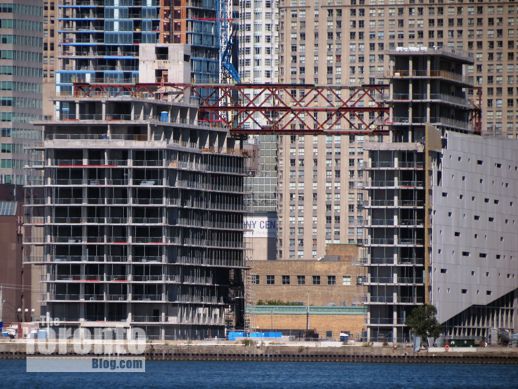 September 11 2012: Iron framework for the SkyBridge span has been installed atop the two condo highrises on the eastern half of the Residences of Pier 27 construction site 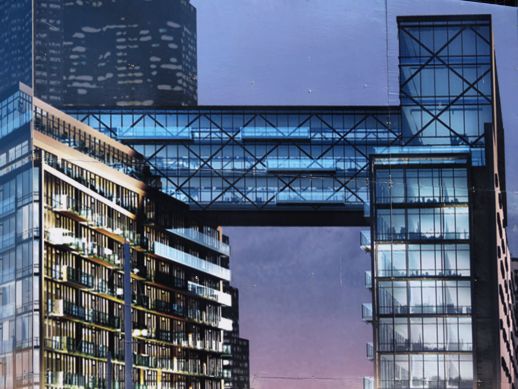 This artistic rendering, which appears on a marketing billboard outside the Pier 27 condo construction site, shows how the SkyBridge will appear when complete 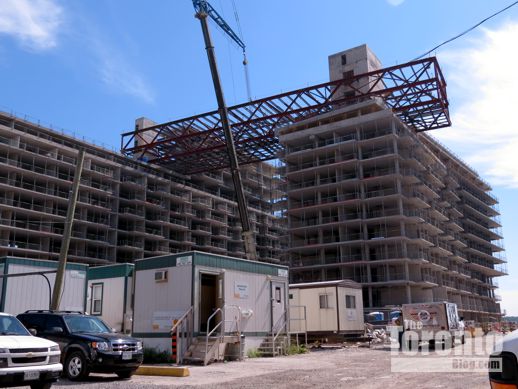 September 11 201: SkyBridge construction viewed from the public sidewalk along Queen’s Quay Blvd. on the north side of the building site

Bridge building: Construction activity at The Residences of Pier 27 has become considerably more fascinating to passersby now that a signature SkyBridge span is fast taking form atop the B1 and B2 buildings on the east half of the condo site.

The first time I noticed that SkyBridge construction had commenced was when I passed the site on August 22, and saw several beams jutting into the air from the west wall of one of the buildings. I couldn’t get back down to the area to take another look until September 3, by which point it appeared that work on the frame was complete.