Although the iconic tower won’t begin climbing skyward for many more months, it’s not too late to buy a suite in the building — if you can afford a starting price over $500,000. According to the One Bloor website, 32 different floorplans are still available, ranging from 530-square-foot studios to roomy 1,727-square-foot 2-bedroom + den residences. If you want “Adventure,” “Bliss,” “Fame,” or “Eternity,” condos with those names can be yours if you’re ready to plunk down a deposit. If it’s “Peace,” “Joy,” “Hope” or “Romance” you seek, you can find all that at One Bloor, too. And if you’ve ever wondered what it would be like to live in “Utopia,” well, it’s a spacious 2-bedroom + den with views to the west — and it’s available, too. (Although the building is “temporarily sold out” of “Passion” and “Serenity,” a 2-level “Imagination Five” residence with nearly 1,800 square feet of living space and a western exposure is “coming soon.” Just imagine … )

One Bloor was designed by Toronto’s Hariri Pontarini Architects, with interiors by Cecconi Simone Inc. and landscaping by Janet Rosenberg + Associates. The development is a project of Great Gulf Homes.

Below is a series of construction photos I’ve shot since late October. They are included, along with additional photos, in the One Bloor album on thetorontoblog.com’s new Flickr page. Also below are some building illustrations and floor plans that appear on the One Bloor website. 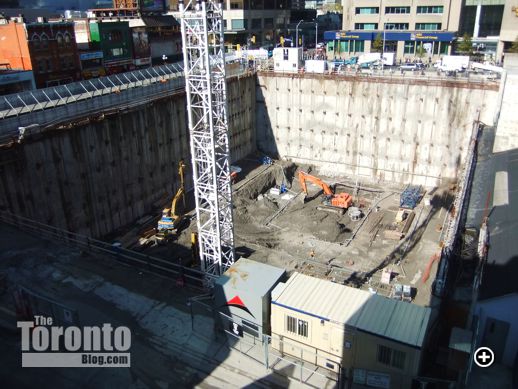 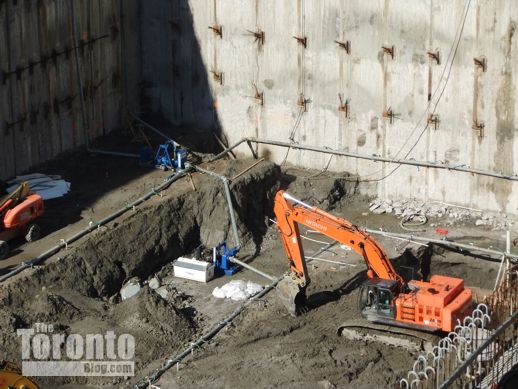 October 25 2012: An excavator works near the northwest corner of the pit 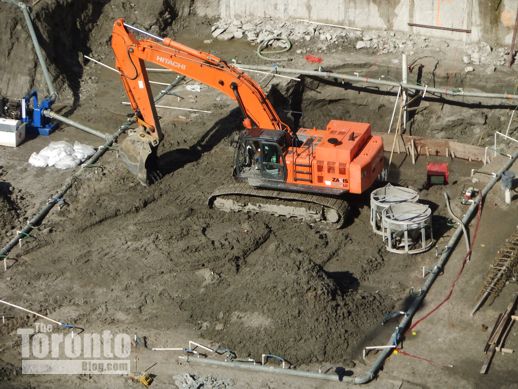 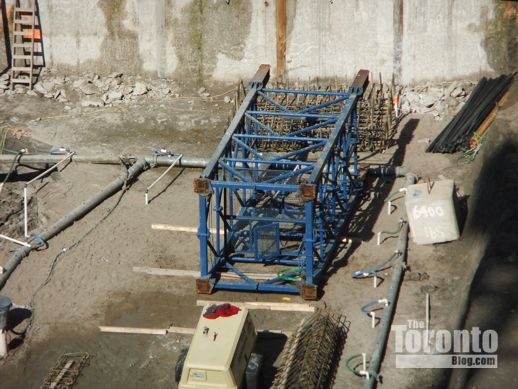 October 25 2012: The bottom section of a construction crane awaits installation on the north side of the One Bloor excavation. It will join forces with another crane previously installed. 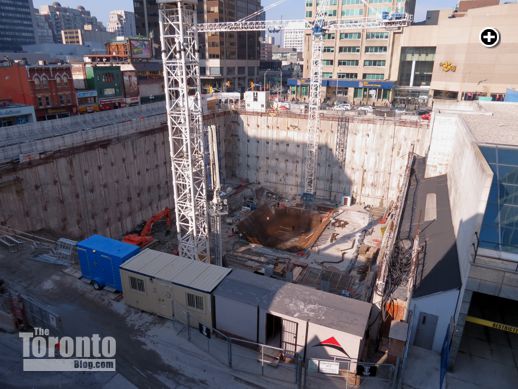 November 22 2012: Cranes tower above the north and south sides of the site 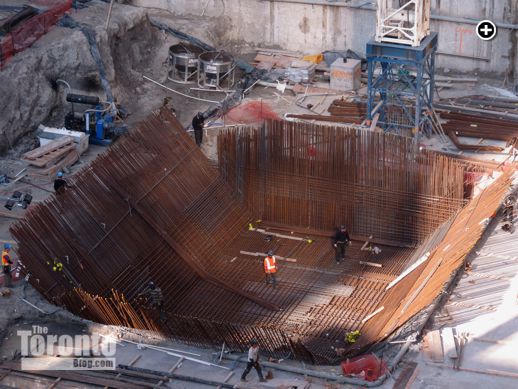 November 22 2012: A giant nest of rebar is set in place to form the base of the elevator core for the 75-storey skyscraper 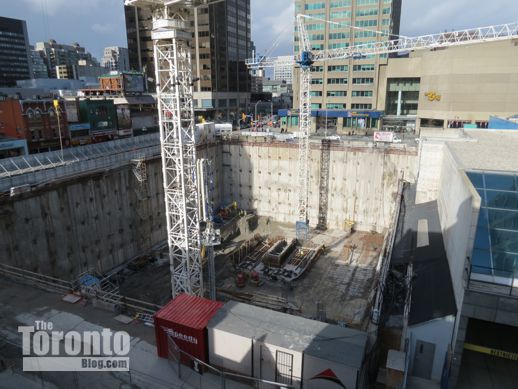 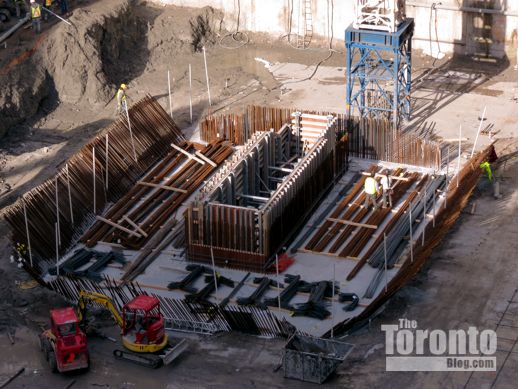 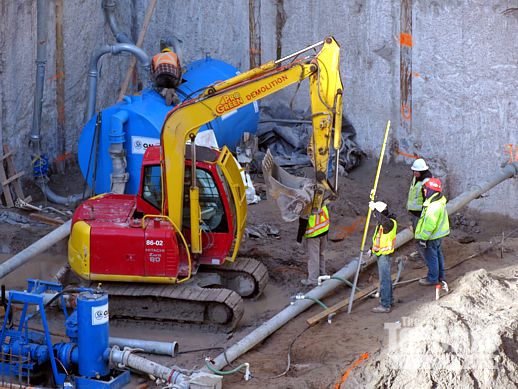 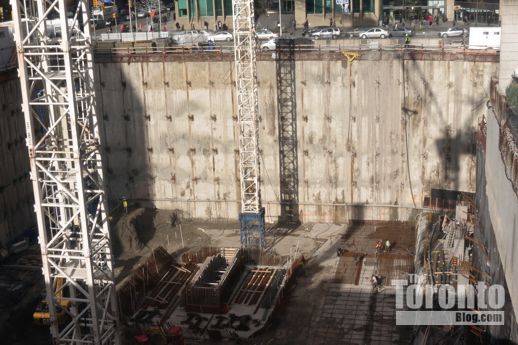 Click on the image above to view my One Bloor photo album on Flickr. It contains 23 photos of construction progress since late October. 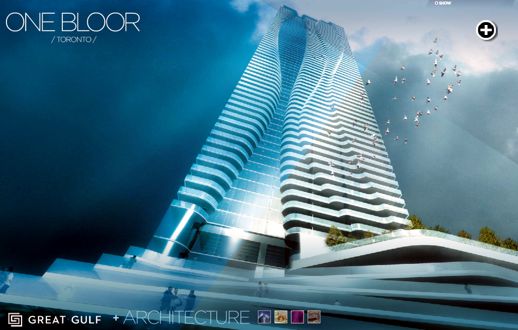 This artistic illustration of the One Bloor tower appears on the project website. The 75-storey skyscraper was designed by Toronto’s Hariri Pontarini Architects. 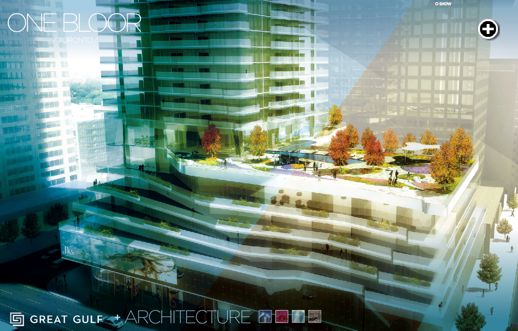 Also from the project website, an artistic illustration of the condo podium 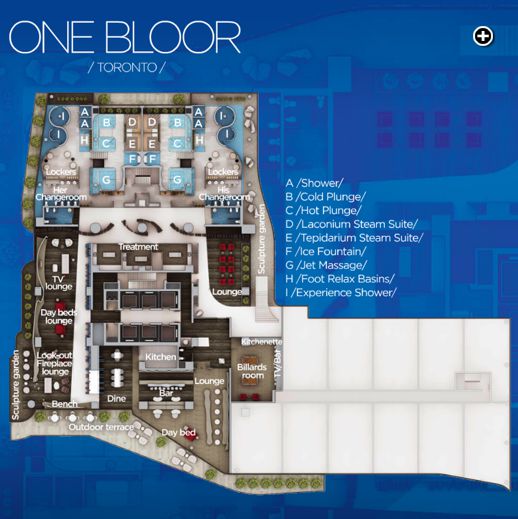 From the One Bloor website, an illustration of the floorplan for the 6th floor condo amenities 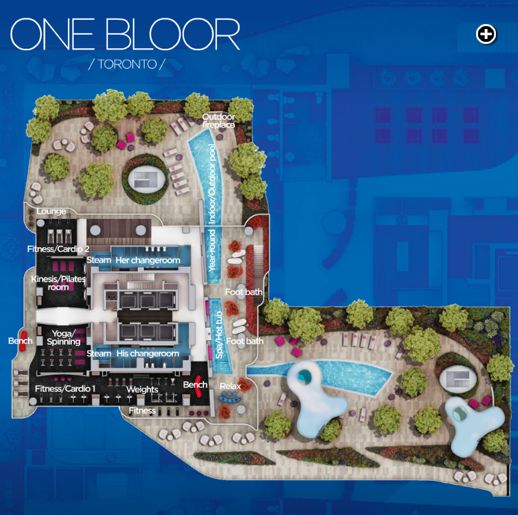 Also from the One Bloor website, a floorplan for the 7th floor amenities 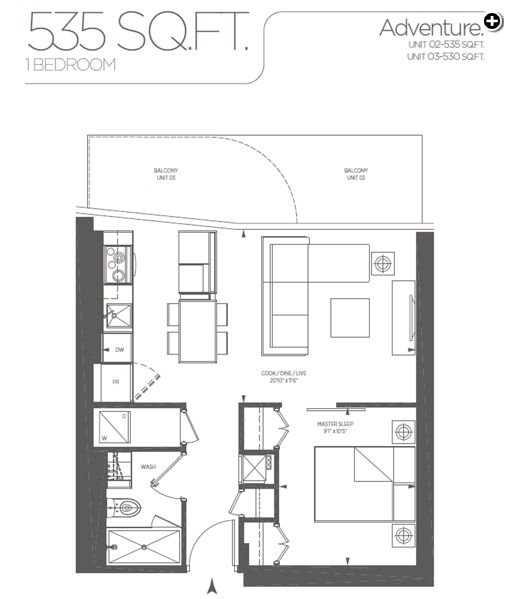 A floorplan illustration for One Bloor’s “Adventure” suite 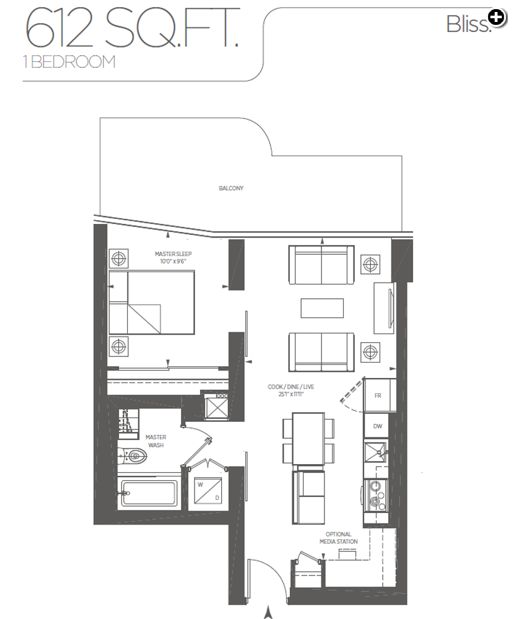 A floorplan illustration for One Bloor’s “Bliss” suite 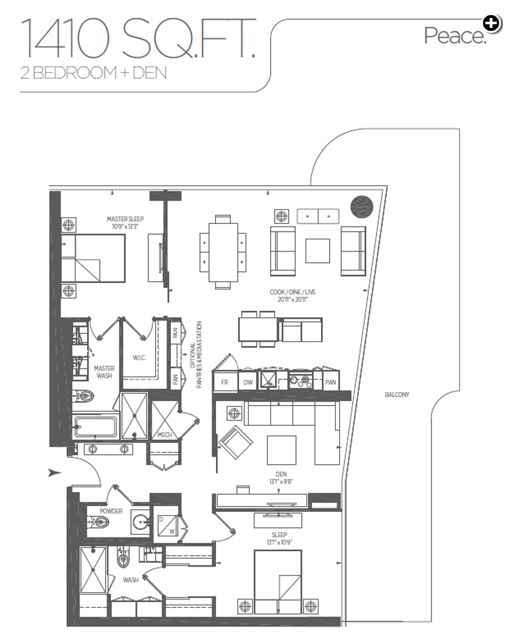 A floorplan illustration for One Bloor’s “Peace” suite 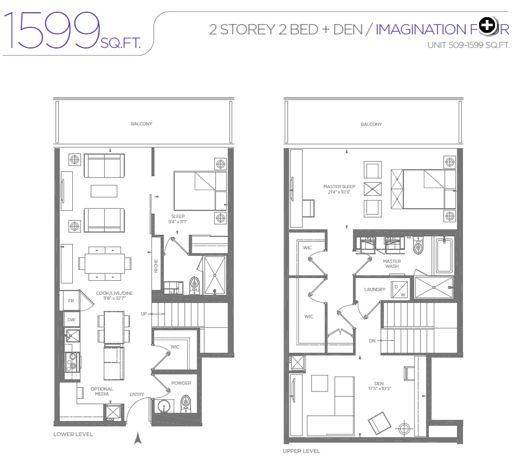 A floorplan for the 2-level “Imagination Four” residence 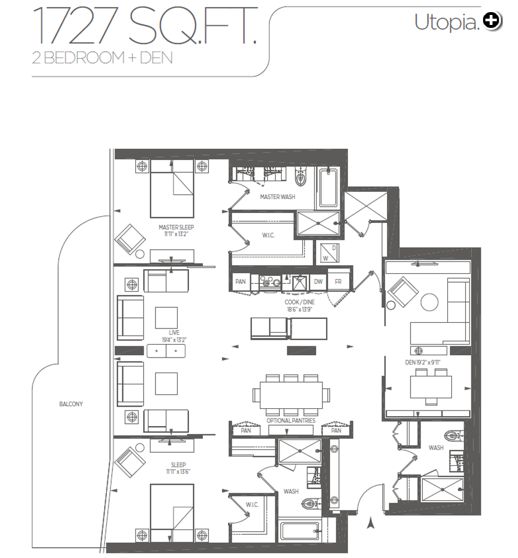 The floorplan for One Bloor’s 1,727-square-foot interpretation of “Utopia”

More floorplans can be viewed on this page of the One Bloor website.