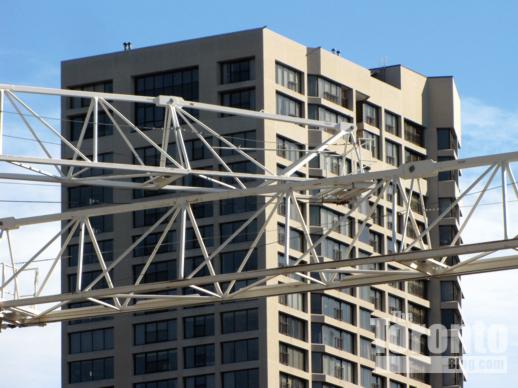 Crossing paths: The boom of one construction crane appears to be resting atop another in this photo from February 18. The two cranes are building the new ICE Condos and Infinity3 condo towers in the former railway lands area south of the Financial District.  The tower in the background is an old timer: it’s one of the Harbour Square condo buildings constructed in Harbourfront,  at the foot of Bay Street, way back in the late 1970s. 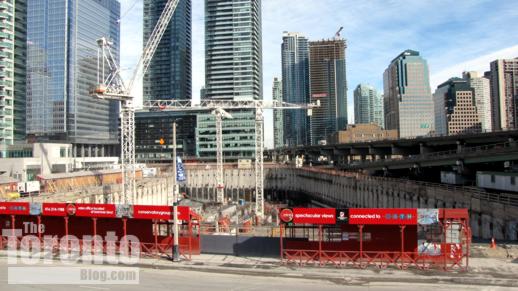 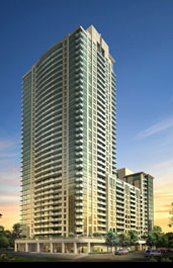 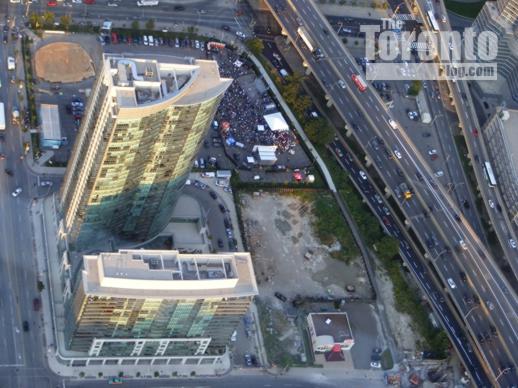 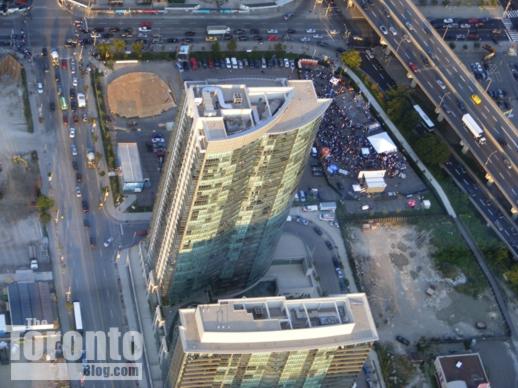 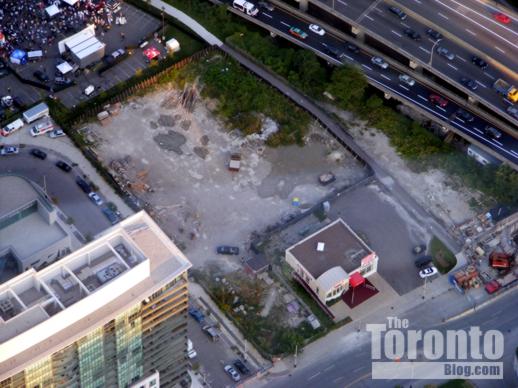 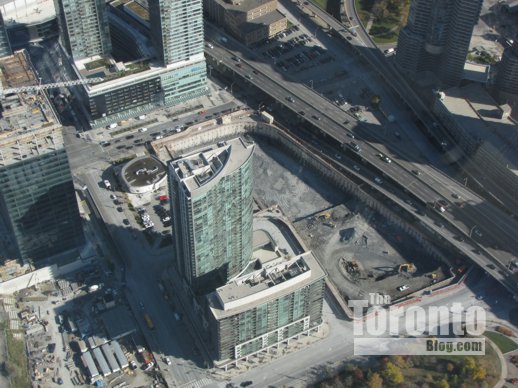 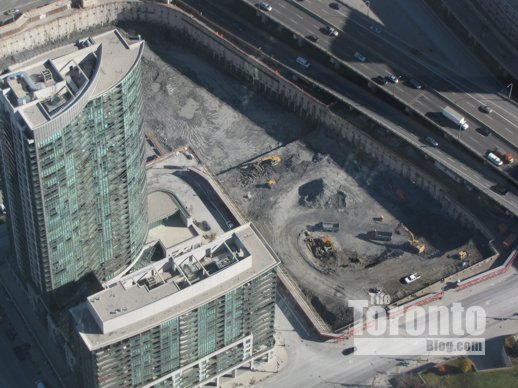 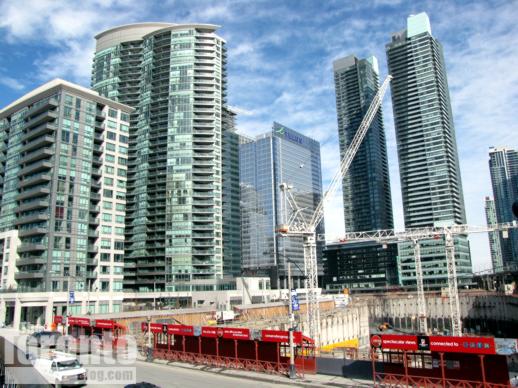 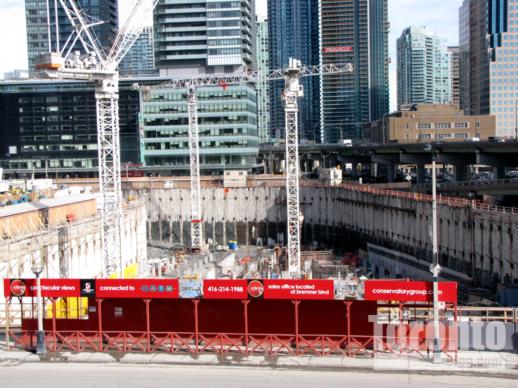 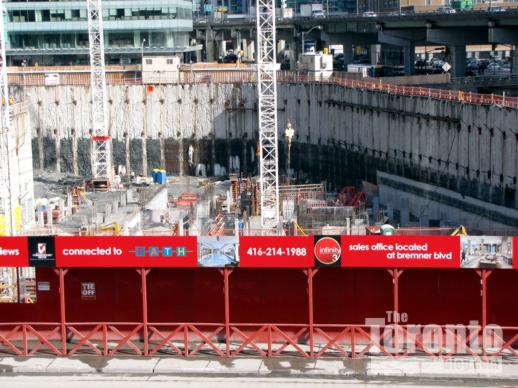 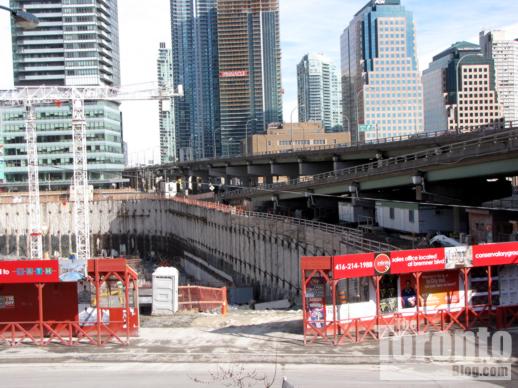 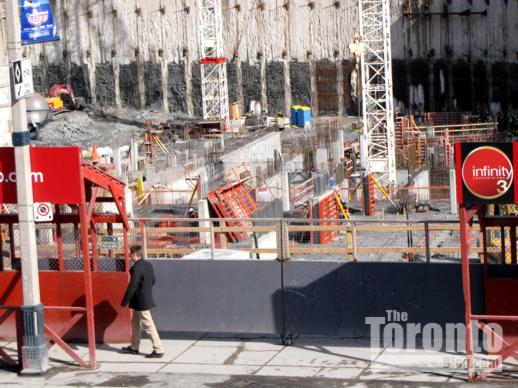 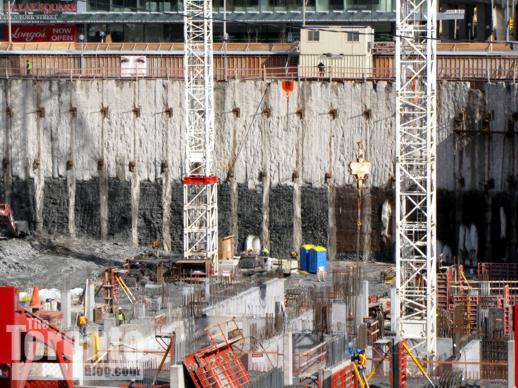 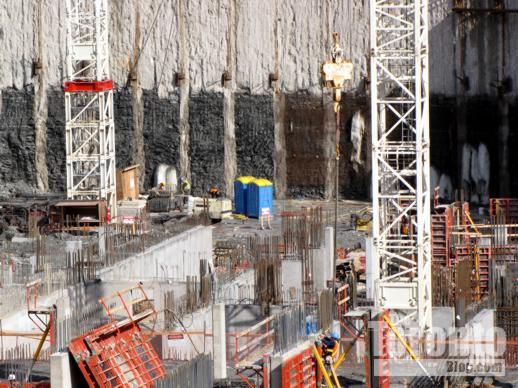 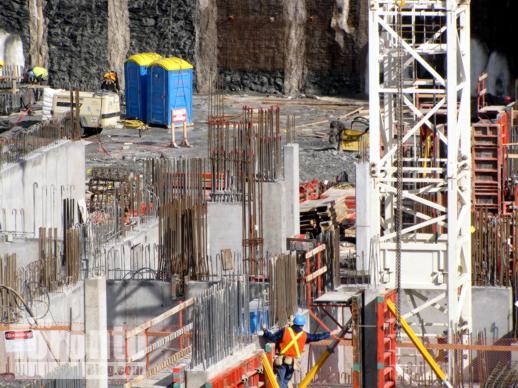 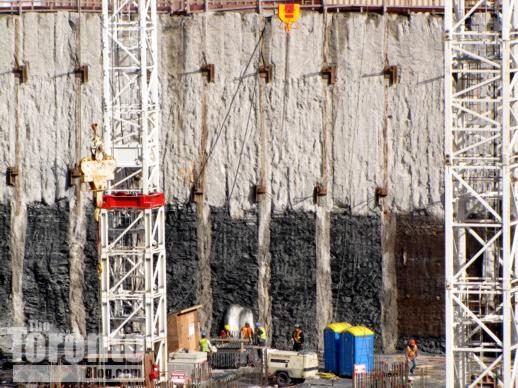 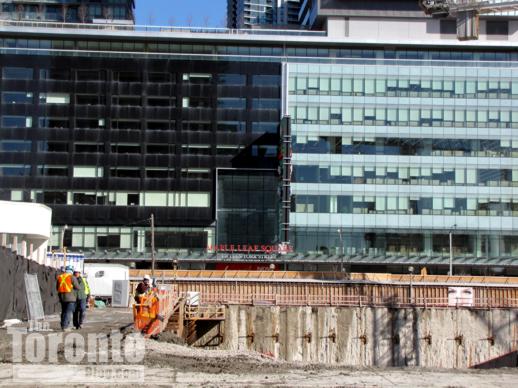 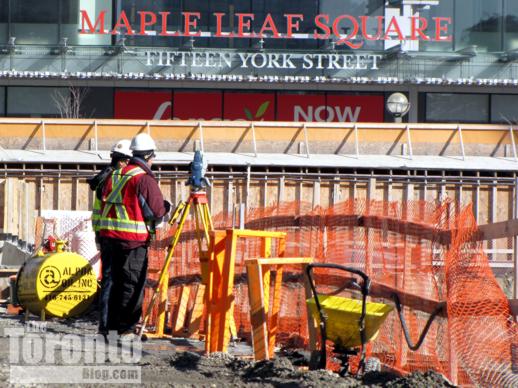 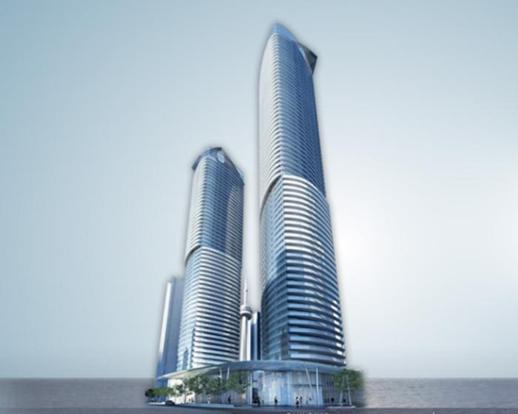 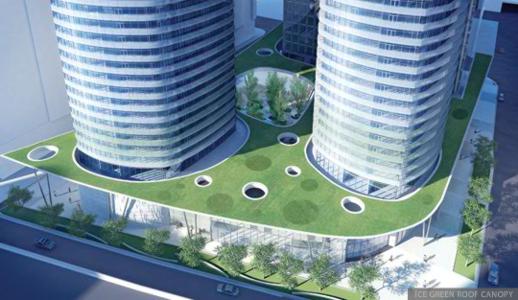 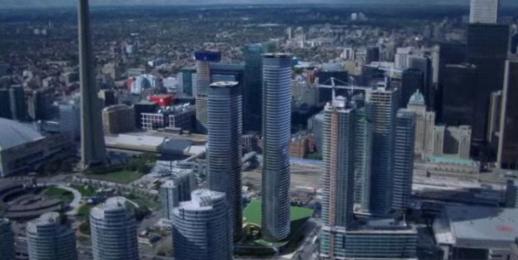 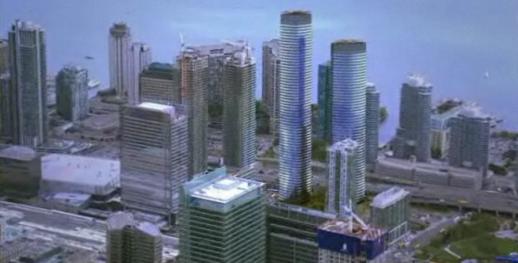