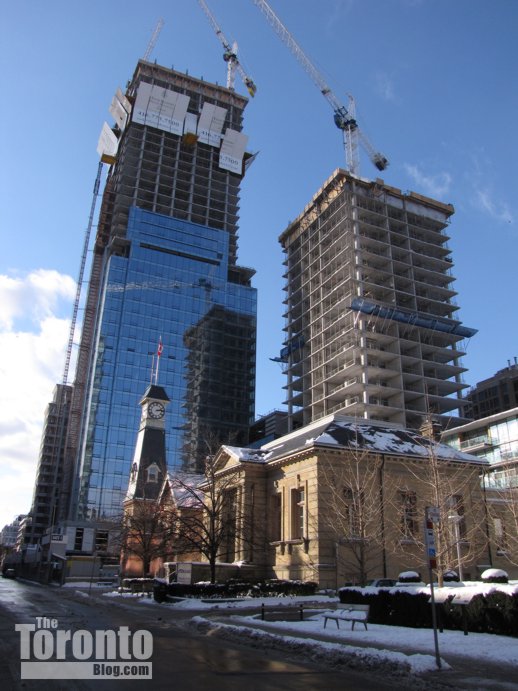 Rapid rise: Even though it’s still under construction, the Four Seasons Hotel & Private Residences Toronto has already become a new  landmark for the Yorkville neighbourhood. You can’t miss it as you approach the Yonge Street Canadian Tire store from Church Street. It’s obvious from the Annex and from many places along Avenue Road, Bay and Yonge Streets. You can even see it from the south side of Bloor across from Holt Renfrew. That’s no small achievement considering that views toward Yorkville are blocked by some of the area’s oldest skyscrapers (the Manulife Centre and the two bank towers at Yonge & Bloor) as well as several new towers (18 Yorkville, Crystal Blu and Uptown Residences, to name but three). It certainly will make it easy to help guide tourists to Yorkville (I won’t have to point at the CIBC tower at 2 Bloor West anymore and say “go there; Yorkville’s right behind it;” I’ll be able to point out the Four Seasons instead. Designed by hotshot Toronto firm architectsAlliance, the two-tower complex is a project of Menkes Developments. Below is an architectural rendering of the property, along with some pics I recently took of the Four Seasons complex from several different perspectives in and around Yorkville. You can view even more photos of construction progress on the blog’s Photo Sets page (just click on the red tab at the top of this page and scroll down to the Four Seasons album). 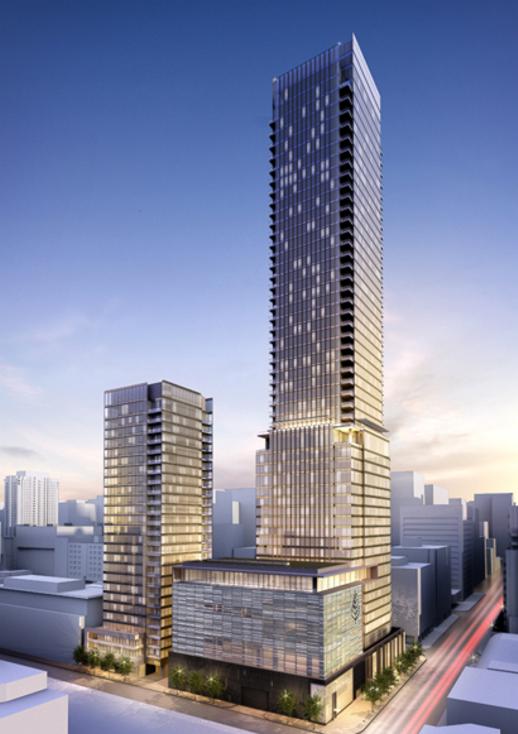 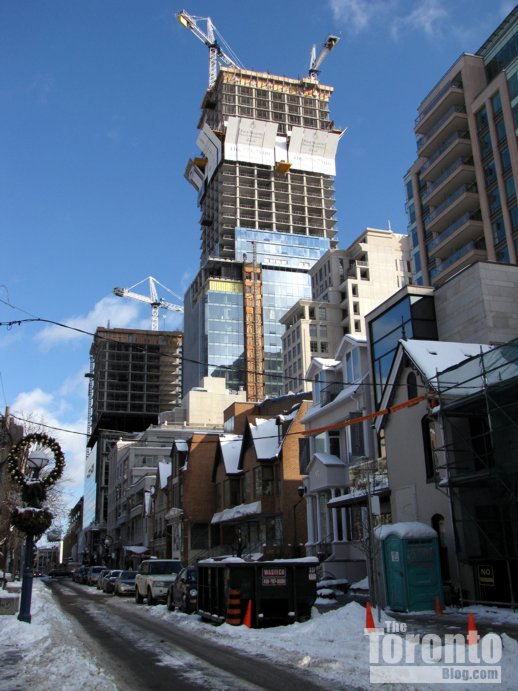 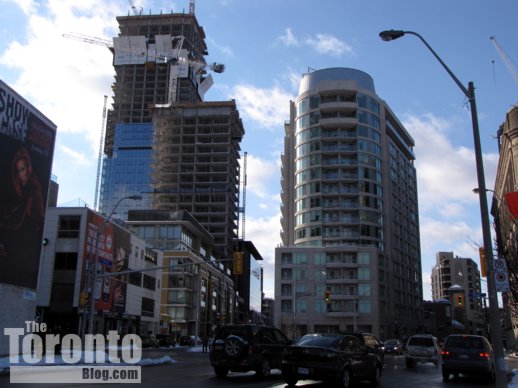 Four Seasons Toronto seen from Church near Yonge on January 9 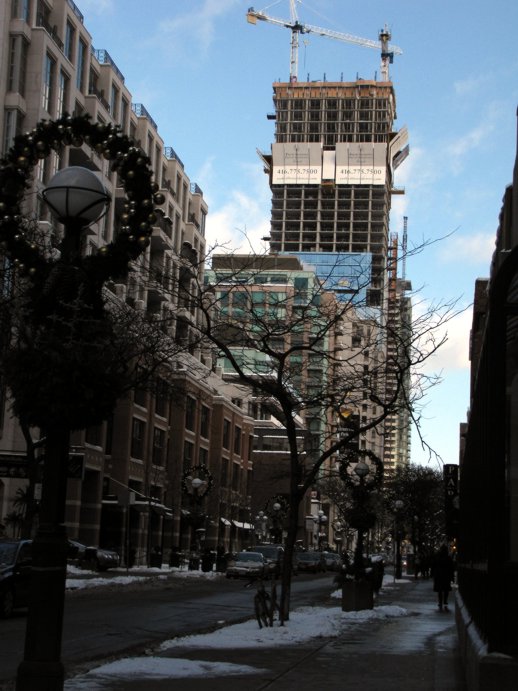 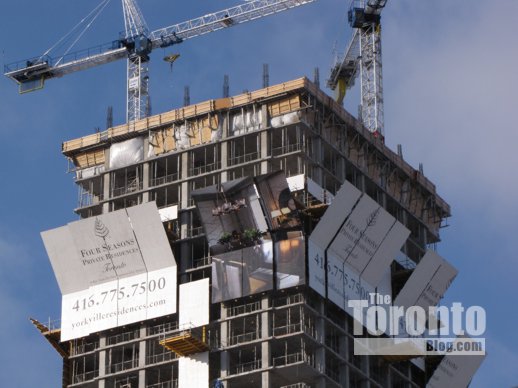 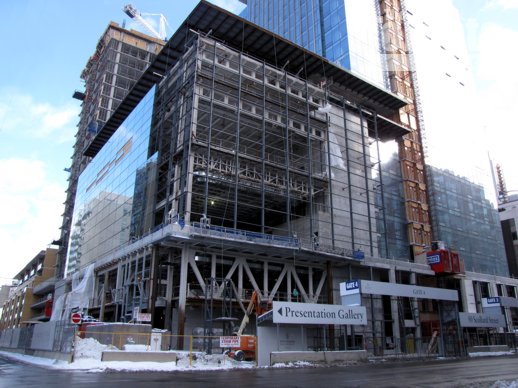 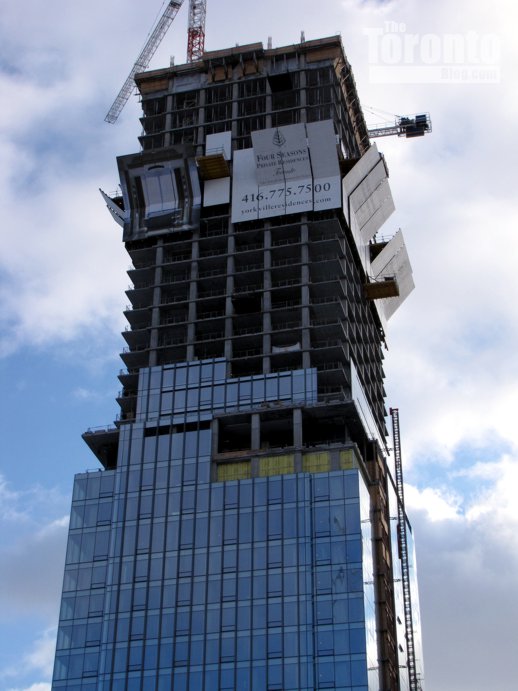