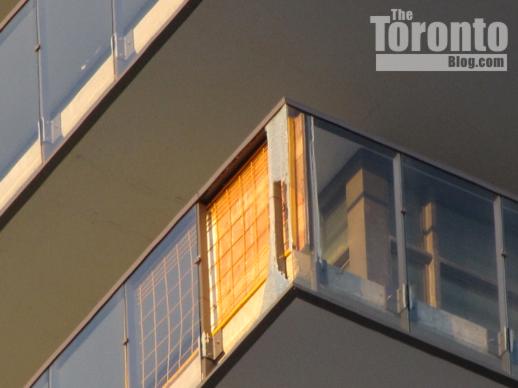 Is it contagious? A couple of weeks ago, I wrote a post about glass panels breaking on a few balconies at the Murano condos North Tower at Bay and Grosvenor Streets. Well, it looks like Murano might not be the only downtown condo highrise whose residents and management are getting their share of grief from faulty balcony panels. The 46-storey Casa Condominium tower on Charles Street is sporting a nasty shiner, too, and Murano has yet another one near the top of its North Tower.

While I was walking up Bay Street Saturday afternoon, something caught my eye when I glanced up the north side of Murano. I zoomed in for a look with the camera and saw a piece of wood filling the gap on a 32nd-floor balcony. This was not one of the two balconies on which glass panels had shattered only days apart last September; those panels were replaced before Christmas.

About an hour later I was walking near Casa when I looked up and thought I saw a familiar sight, about 27 storeys up the tower’s southwest corner. Sure enough, my camera confirmed that a piece of wood has been secured on a balcony in place of a shattered glass panel, pieces of which are still clinging to the frame. (This morning, the wood panel was still in place — and visible from blocks away.)

What’s up with the balcony glass on these buildings? Why are the panels breaking? Haven’t heard anything in the local news about the latest incidents, so I’m relieved that apparently nobody on the ground has been injured by any glass that may have fallen down. But now I can’t help but wonder just how safe it is to walk below any of the new condo towers constructed downtown recently. I guess I’ll find out if I see protective scaffolding around Casa next time I walk down Charles Street.

Since our own balcony sits directly above a busy back entrance to our building, I’m glad it has metal railings — rather than tempered glass panels — that are firmly cemented into the concrete floor.

Below are pics I took Saturday of the balconies with temporary wood panels at Murano and Casa. 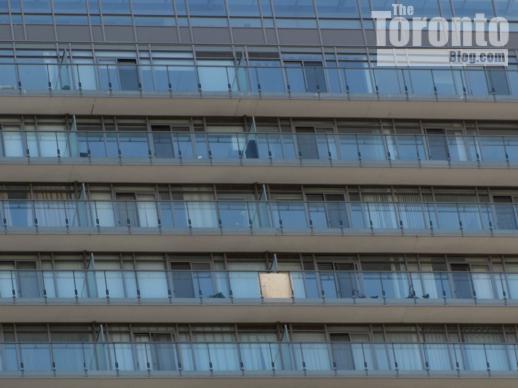 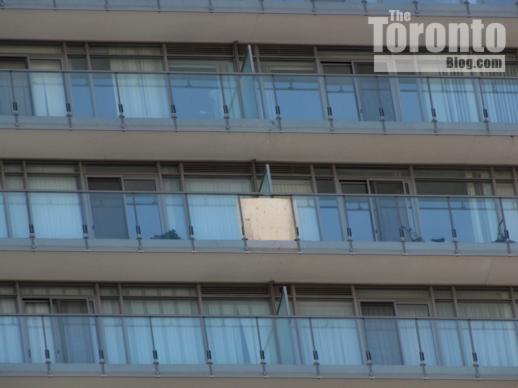 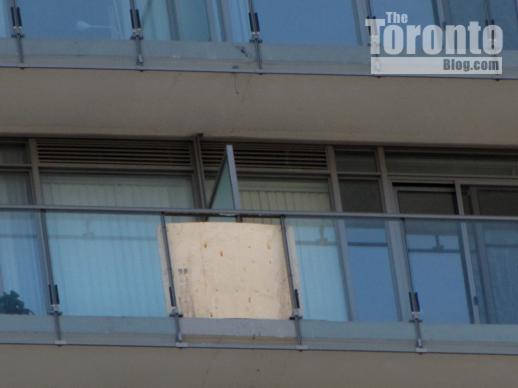 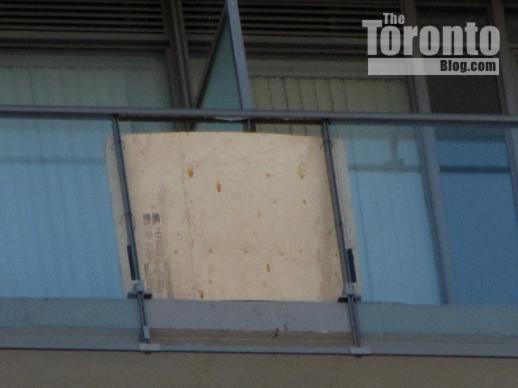 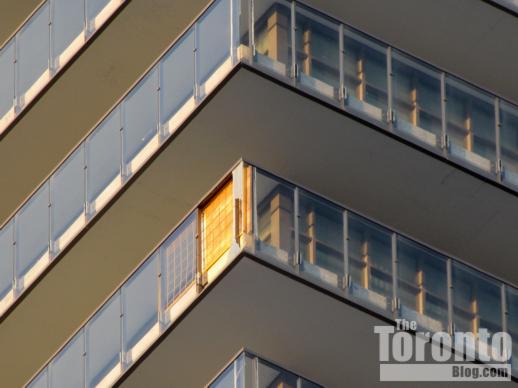 Wood panel and shattered glass on a Casa balcony January 29 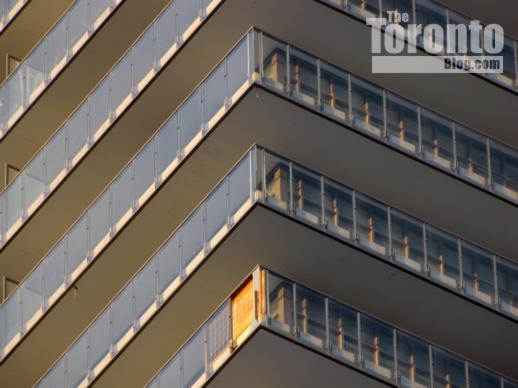 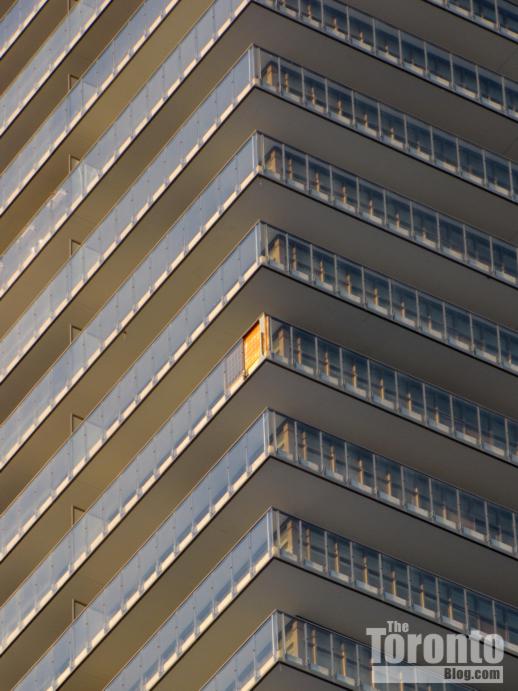 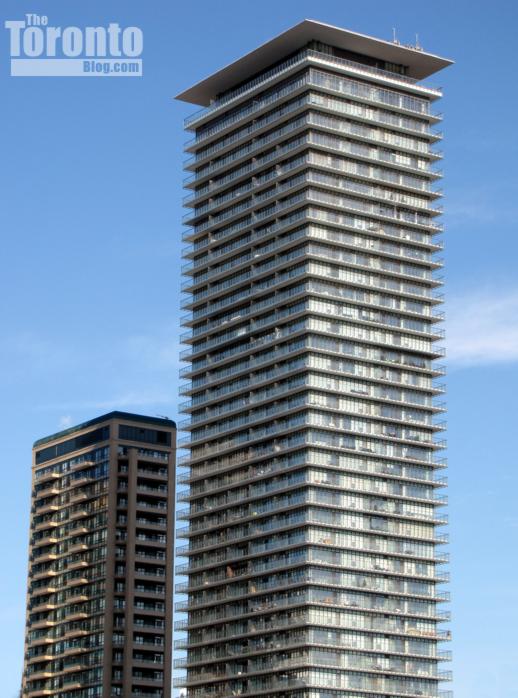 3 thoughts on “Murano got them first. Is Casa the latest condo to succumb to the broken balcony panel blues?”