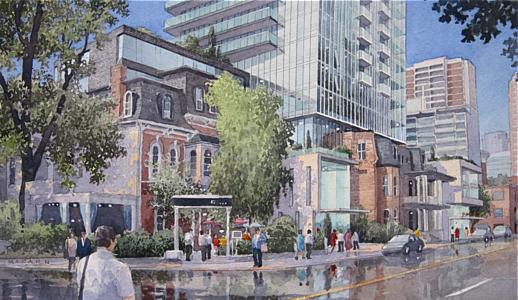 Artistic illustration, from a former website for Church 18 Holdings, of the condo development proposed for the Church Street block between Gloucester and Dundonald Streets, now occupied by apartments, restaurants and a day spa. 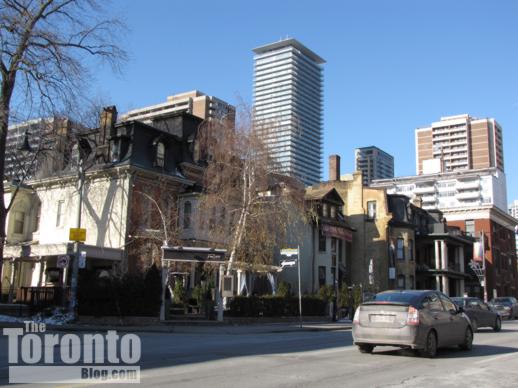 A Dec. 21 2010 view of the Church Street block proposed for redevelopment

6-month wait: A developer has asked the City for a six-month hold on its controversial application to redevelop a block of property in the Church Wellesley Village.

Just under one year ago, a developer sought City approval to redevelop properties it owns along the west side of Church Street, between Gloucester and Dundonald Streets. The properties include several low-rise apartment buildings as well as two brick mansions, one built in 1878, which currently are home to two popular Village restaurants and a day spa.

The developer proposed to demolish some of the rental buildings and one of the mansions, constructing in their place a 25-storey condo tower atop a seven-storey podium.  35 replacement apartments would be built in the podium, while an additional 158 residences would be included in the condo complex.

The proposal drew considerable criticism and negative feedback at a community consultation meeting attended by more than 150 people in early December. A city planner drew cheers and applause from the audience when he told the meeting that the city did not support the application because of serious concerns with the project’s proposed height and density, among other issues.

According to the Church Wellesley Neighbourhood Association (CWNA), the developer recently requested a delay in the development application process. In a message to members of its Facebook page, the CWNA said the developer asked the city, at the end of February, to place a six-month hold on its application.

The CWNA message says the developer “has indicated that in 6 months time they will likely come back to the city with one of the following options: 1) withdrawing the application, 2) reducing the height on their revised option, 3) pursuing a totally different design scheme for the property, or 4) hiring a new team for a different design.” City planning rules specify that files can be put on hold for a maximum of six months. At that time, planners would have to advise the developer to either re-submit the application, or withdraw it. If the developer does nothing at that point, then the city could close the application.”

Below is a screenshot, from the CWNA website, of a building rendering and project details that city planners showed the audience at the December community meeting. There’s also a series of photos I’ve taken at various times of the properties involved in the redevelopment plan. 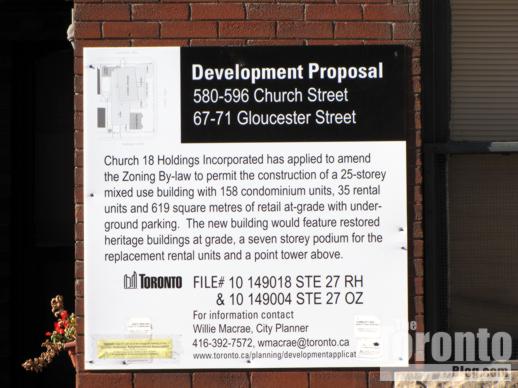 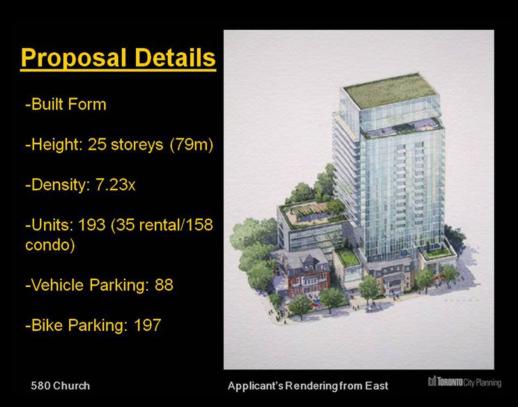 Project details and an artistic illustration of the proposed condo complex, from a city planning department presentation to a community meeting held in December to provide neighbourhood feedback on the developer’s plan. 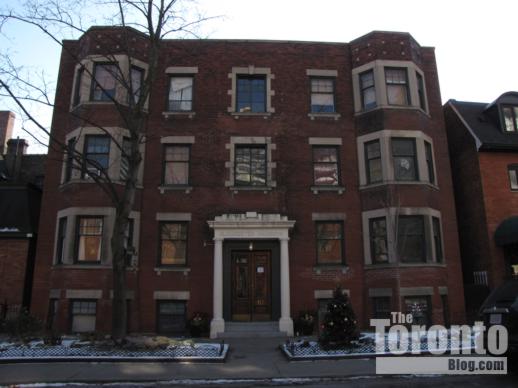 67 Gloucester Street apartment building on December 21 2010. According to the developer,  the building would be retained as part of the new condo complex. 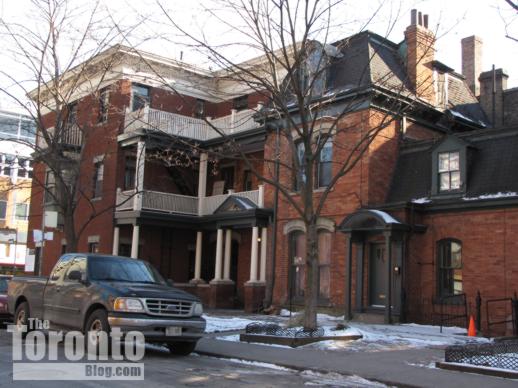 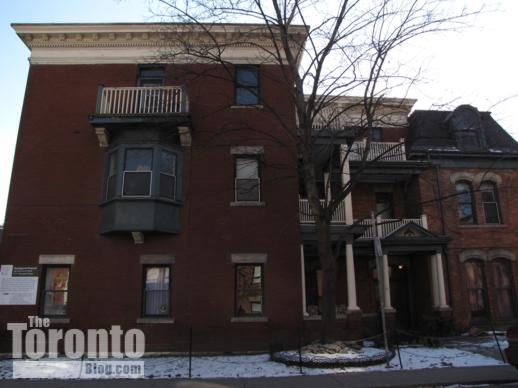 71 Gloucester Street at the corner of Church & Gloucester Street. Under the developer’s proposal, this building would be demolished and replaced by a 25-storey condo highrise with a 7-storey podium. 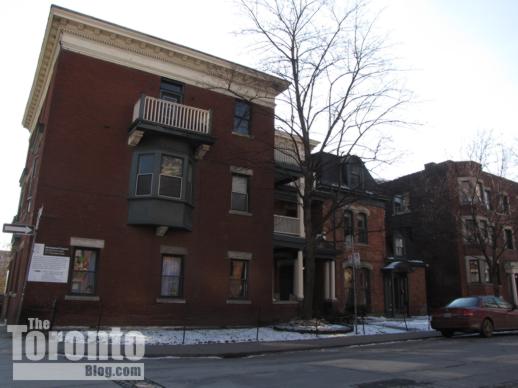 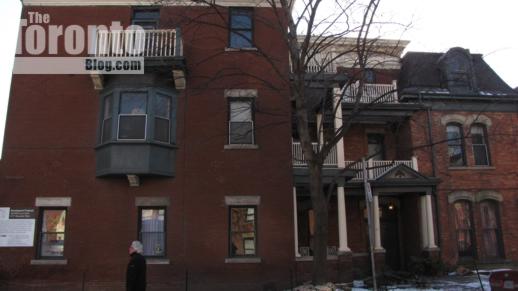 Another view of the 71 Gloucester Street apartment buildings 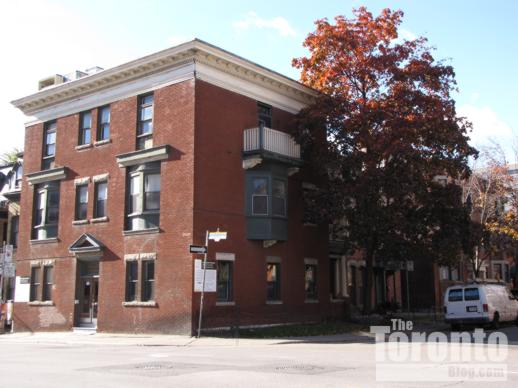 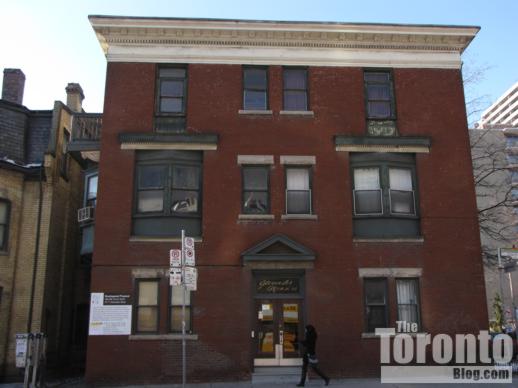 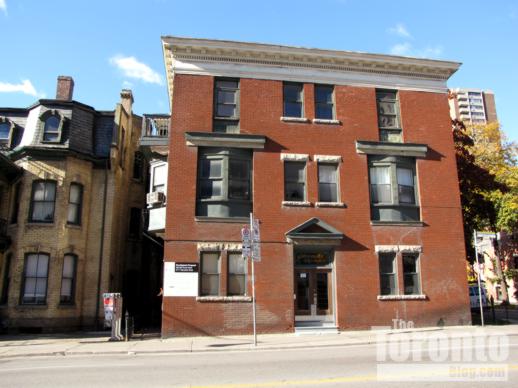 The Gloucester Mansions on November 1 2010 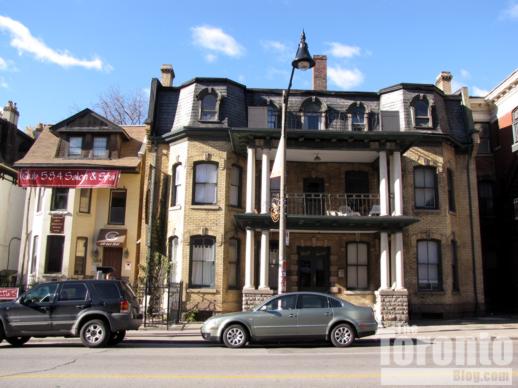 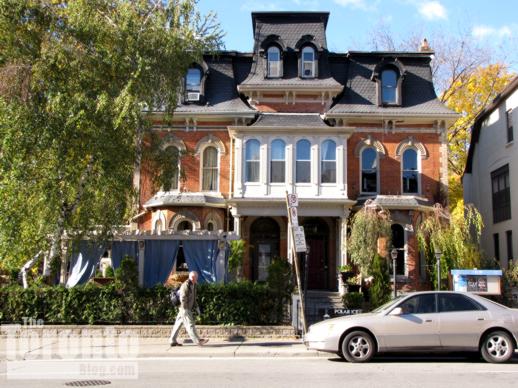 This elegant mansion at 580 – 582 Church Street was built in 1878. Much of the building, including the facade, would be incorporated into the condo development. The building currently is home to two restaurants: Fuzion, left, and Voglie. 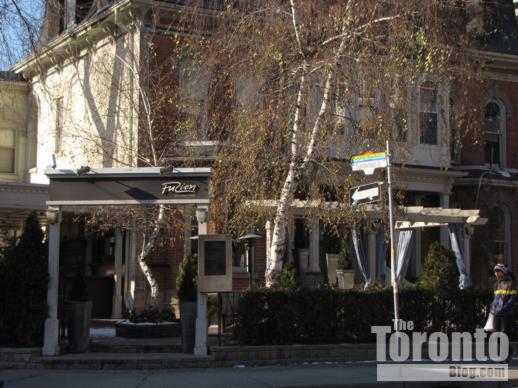 Fuzion restaurant at 580 Church Street on December 21 2010. In summer, its patio is one of the most pleasant dining terraces in downtown Toronto. 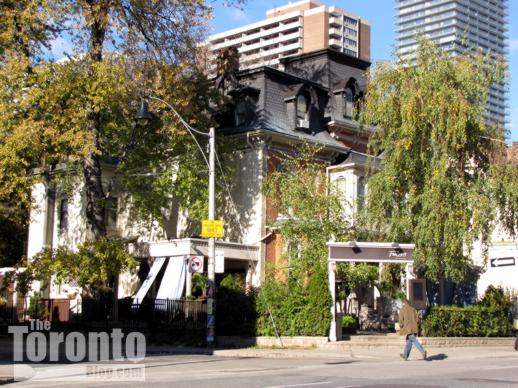 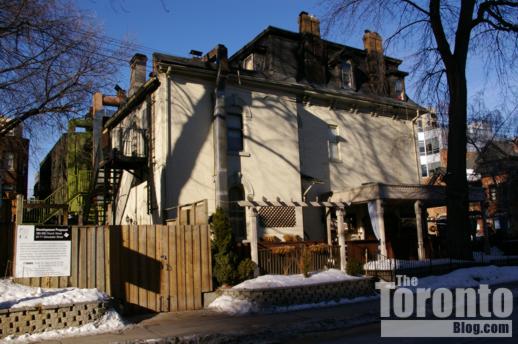 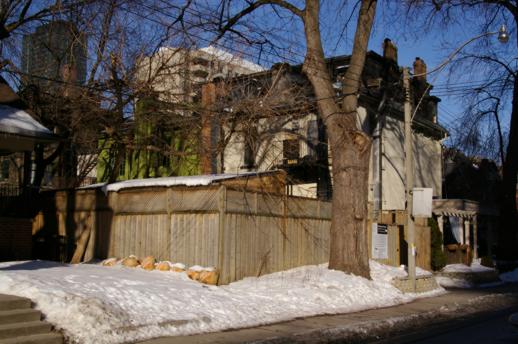 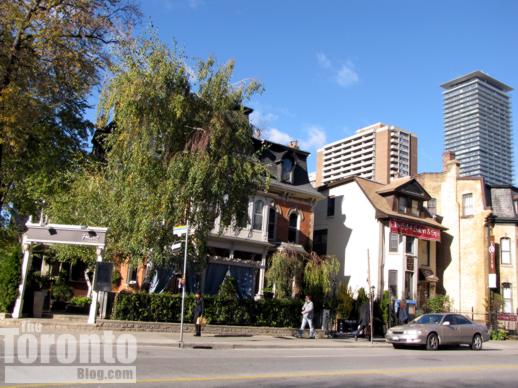 A November 1 2010 view of the proposed condo development site