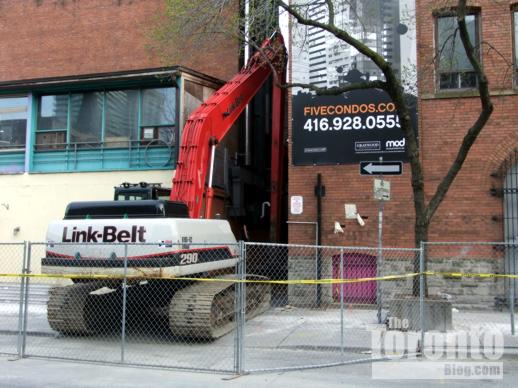 May 11 2011: A Link-Belt 290 excavating machine parked outside what will soon be a massive construction site for  FIVE Condos

Ready to rumble: St Nicholas has long been one of my favourite downtown streets because it’s been a peaceful alternative to the hustle and bustle of Yonge Street whenever I have wanted to take a quiet walk north or south between Charles and Wellesley Streets. But that all changed last week. As I reported in a post yesterday, demolition crews have begun tearing down a building on the southeast corner of St Mary and St Nicholas Streets to make way for construction of  the Nicholas Residences condo tower. Yesterday evening, I noticed two demolition machines two blocks south, parked outside a heritage building at the corner of St Nicholas and St Joseph Streets where the 45-storey tower for FIVE Condos will be built. With security fencing erected to cordon off the south side of St Joseph, demolition on the FIVE site appears imminent. Looks like I’ll have to start walking the linear city parks on the east side of Yonge for the next three years if I want to escape noise and traffic on my north-south walks! Below are several more pics of the heavy machinery set to start smashing down walls at the FIVE site. My April 28 2011 post has more photos and information about FIVE Condos. 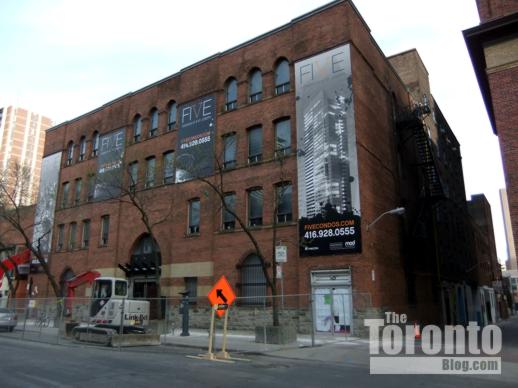 May 11 2011: A security fence has been erected and demolition machines parked outside 5 St Joseph Street at the corner of St Nicholas Street, where the 45-storey FIVE Condos complex will be built 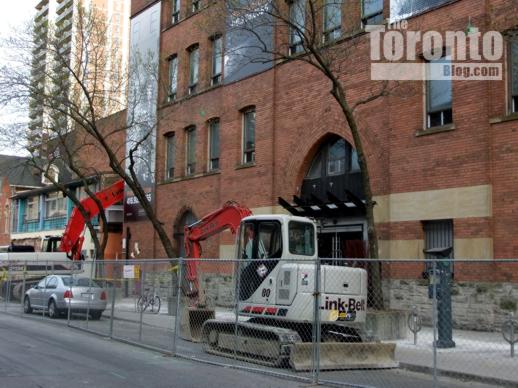 May 11 2011: Construction of the FIVE Condos complex, which will occupy one-third of the block between Yonge, St Joseph and St Nicholas Streets, is expected to take about three years 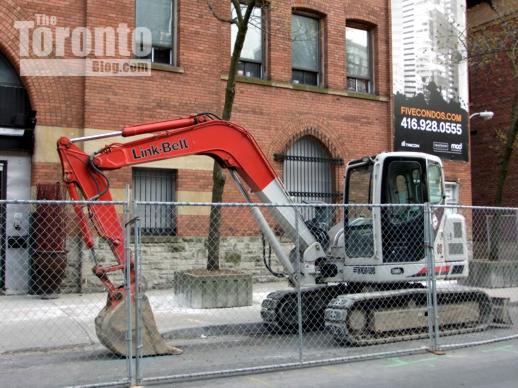 May 11 2011: A Link-Belt 80 excavating machine outside the FIVE Condos location at the corner of St Joseph and St Nicholas Streets