Charles Street is closed to traffic at Jarvis Street today while crews assemble a tall blue and white construction crane in the northwest corner of the X2 excavation, mere meters from the south sidewalk on Charles. Flatbed trucks carrying individual crane segments are temporarily parked along the northbound curb lane of Jarvis, between Wellesley and Charles, while they await their turn to deliver their payloads. 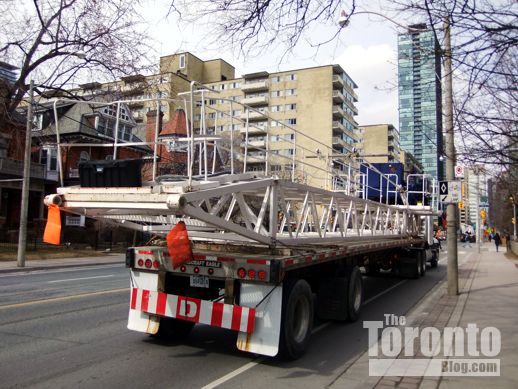 March 10 2012: A truck carrying a long section of the construction crane for X2 Condos waits on Jarvis Street just below Earl Street … 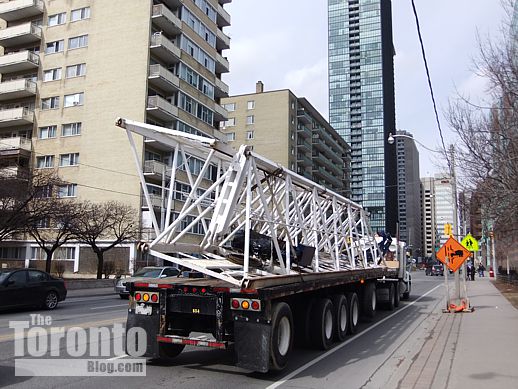 … while another truck with more crane segments waits on Jarvis one block further north, just below Isabella Street. X Condos, the “sister” to X2, is the tall glass tower rising behind the midrise brick apartment building. 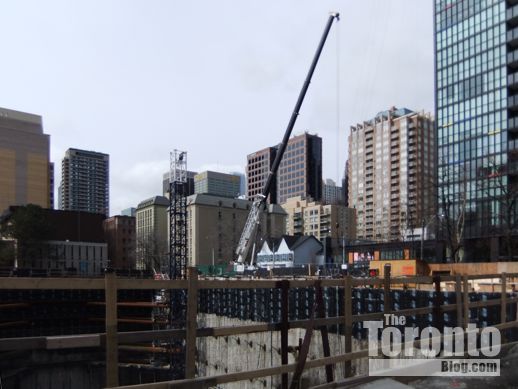 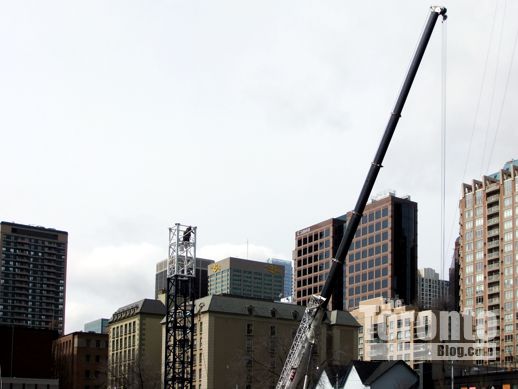 March 10 2012: The tall portable crane lifts individual segments of the X2 construction crane into position above the sections already assembled … 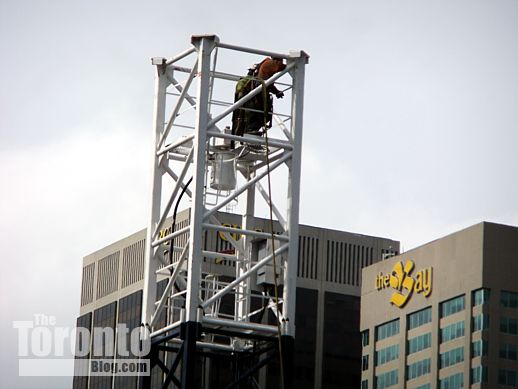 … where two installation crew members will bolt the segments together. Here, the crew waits for the next crane piece to be lifted into place. 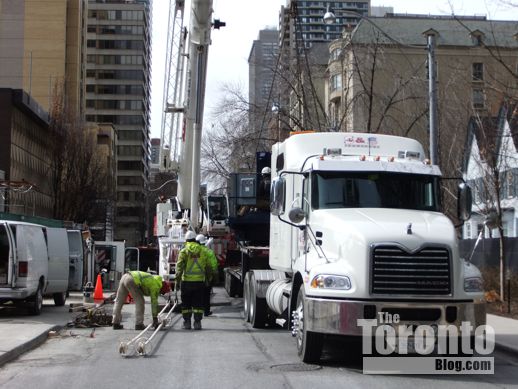 March 10 2012: This crew unloads and assembles crane parts on Charles Street. The pieces are then hoisted into place by the portable crane. 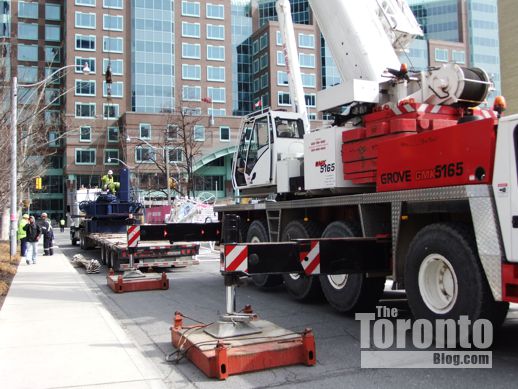 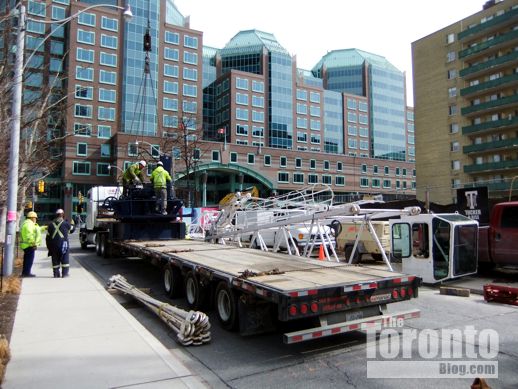 March 10 2012: The white cab for the crane operator sits on the Charles Street sidewalk, awaiting installation high above the excavation 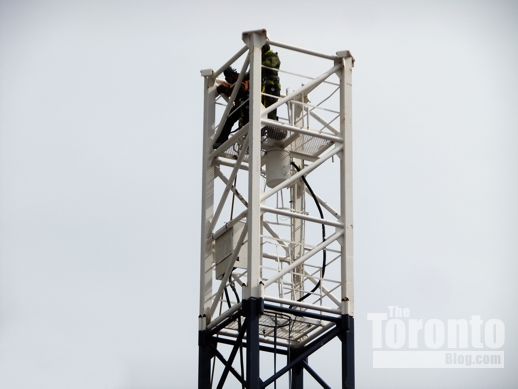 March 10 2012: The bottom half of the crane is navy blue, while the top half, the cab and the boom are white 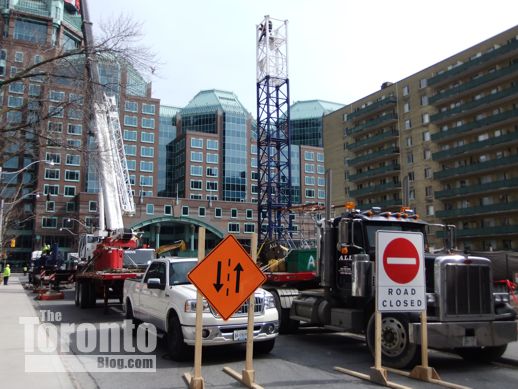 March 10 2012: Only the easternmost section of Charles Street, directly between X Condos and the X2 Condos site, is closed to traffic today 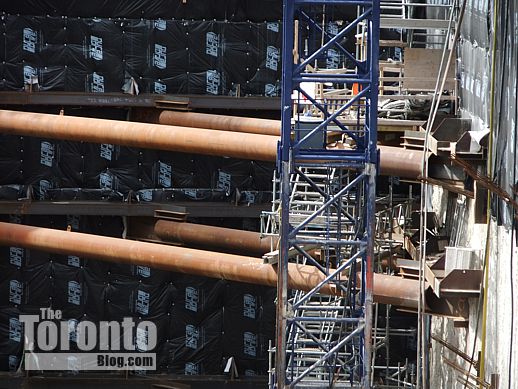 March 10 2012: The crane rises from the excavation right next to round support beams that reinforce the northwest corner of the deep pit

March 10 2012: During the crane installation, excavation machines were still busy on the south side of the X2 excavation

One thought on “Crane installation underway at X2 Condos site”