Shangri-la Toronto’s developers, Westbank and Peterson Group, have a reputation for commissioning outstanding public artwork for their building projects, and the newspaper ads promise that Zhang Huan’s “dynamic, multifaceted sculpture” will “exhilarate the public realm.” If that’s the case, Rising will perfectly complement the tower’s dynamic and multifaceted (glass, stone and brick) architecture, which I think exhilarates the University Avenue-Adelaide Street intersection. (The project designers are James KM Cheng Architects of Vancouver and Hariri Pontarini Architects of Toronto.)

The artwork was largely under wraps when I walked past the site this morning, but parts of the sculpture depicting birds in flight were visible as crews prepared for tomorrow’s unveiling.

Below are more recent photos of the Living Shangri-la Toronto building. 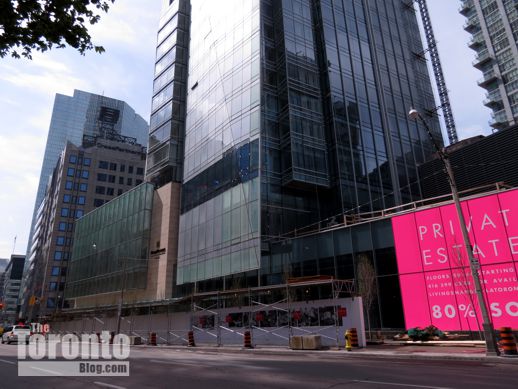 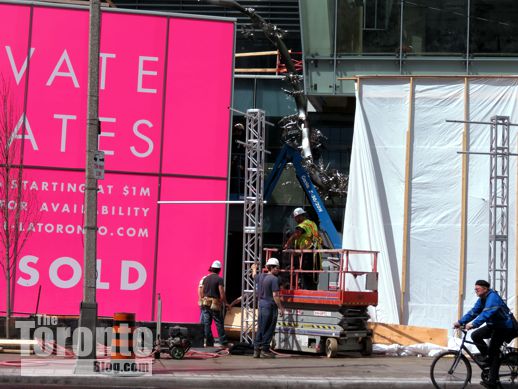 May 4 2012: A crew prepares the Zhang Huan sculpture for its unveiling 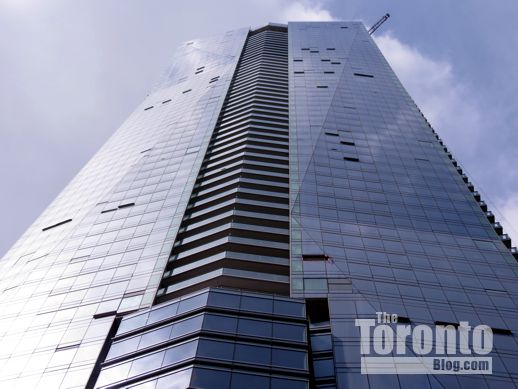 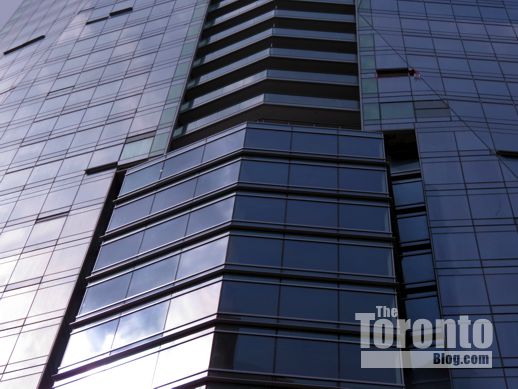 May 4 2012: Angles and creases add interest to the tower’s east side 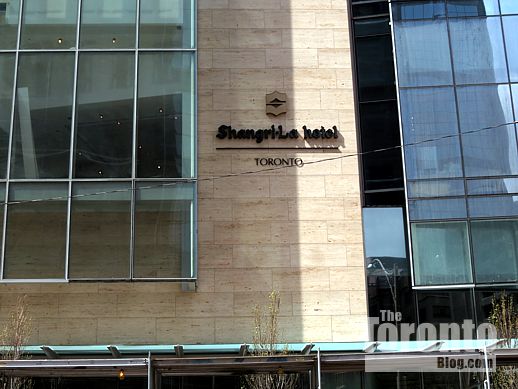 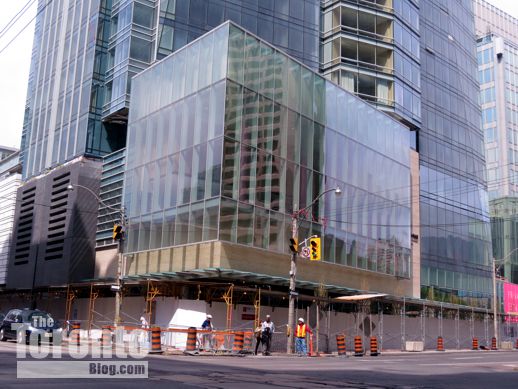 May 4 2012: The building’s southeast corner at University & Adelaide 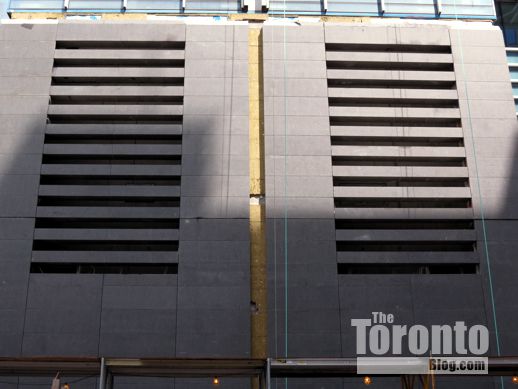 May 4 2012: Stone cladding on the tower base along Adelaide Street 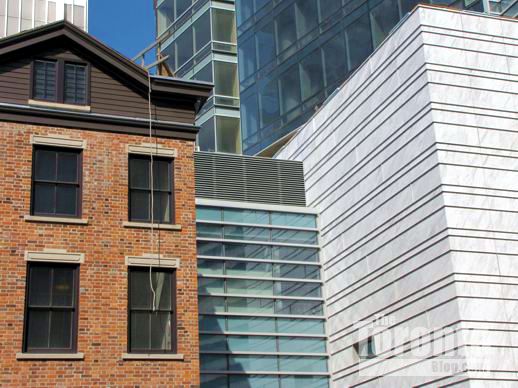 March 7 2012: The building base blends brick, glass and stone along Adelaide Street 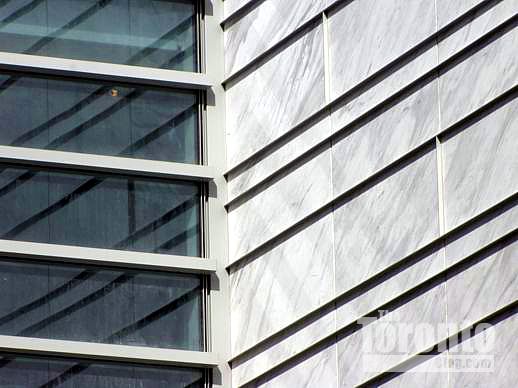 March 7 2012: A closer view of the glass and stone facade 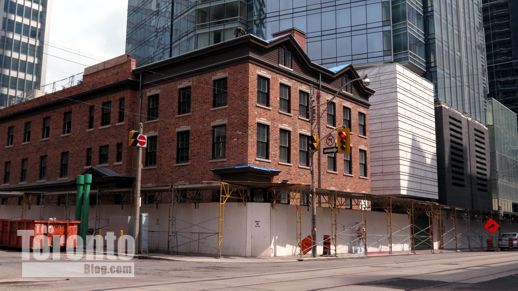 May 4 2012: The Bishop’s Block rowhouses, which date from around the 1830s, were reconstructed as part of the Living Shangri-la Toronto complex. They will become home to SoHo House Toronto, a private club for film, media and creative professionals. The heritage building was profiled in an April 30 2012 story in the Toronto Star. 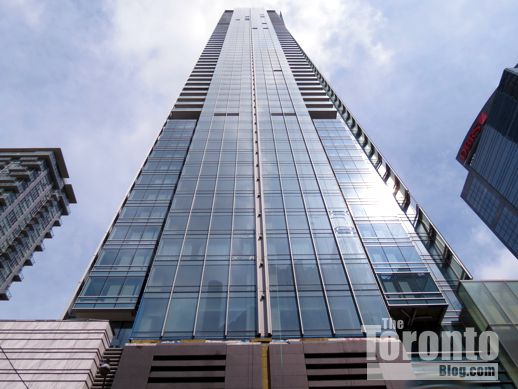 May 4 2012: Looking up the south side of the tower from Adelaide Street 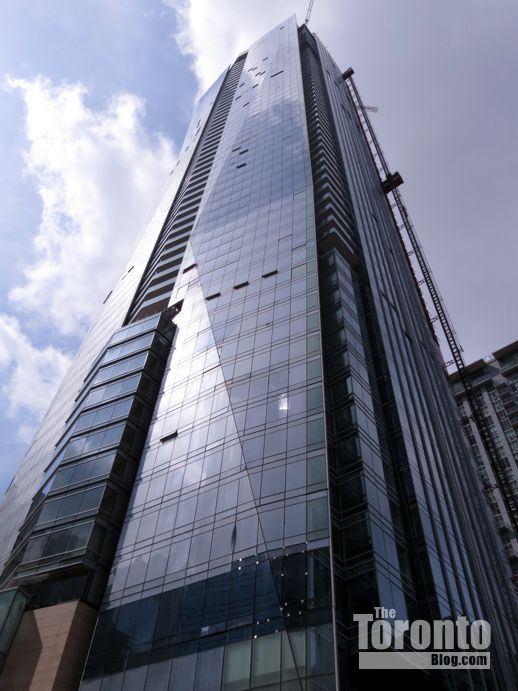 May 4 2012: Looking up the tower’s northeast corner from University Avenue 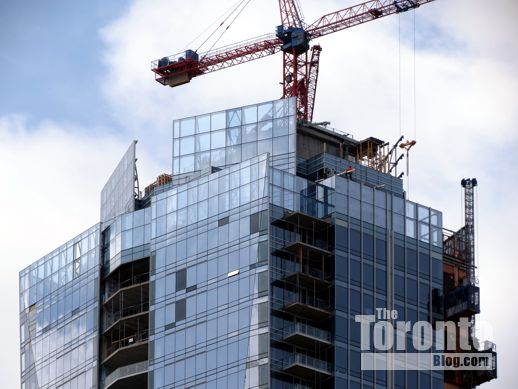 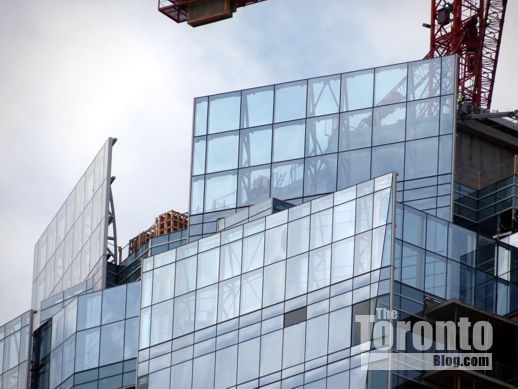 May 4 2012: A closer view of the rooftop design elements 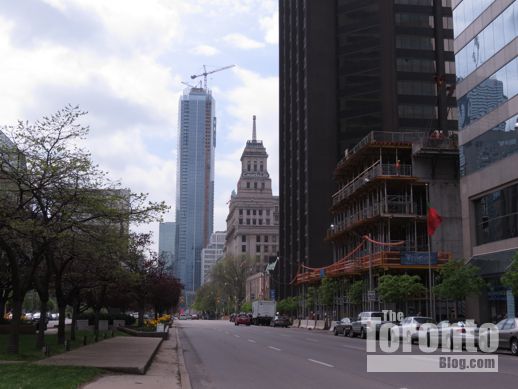 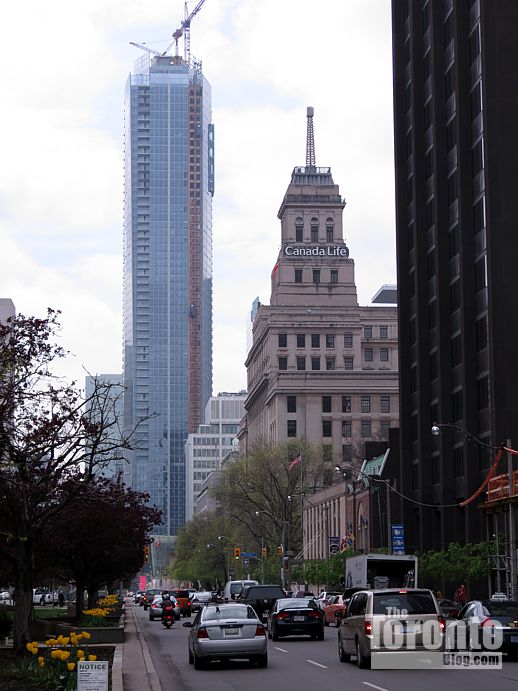 May 4 2012: Another view of the tower from University Avenue near Dundas Street