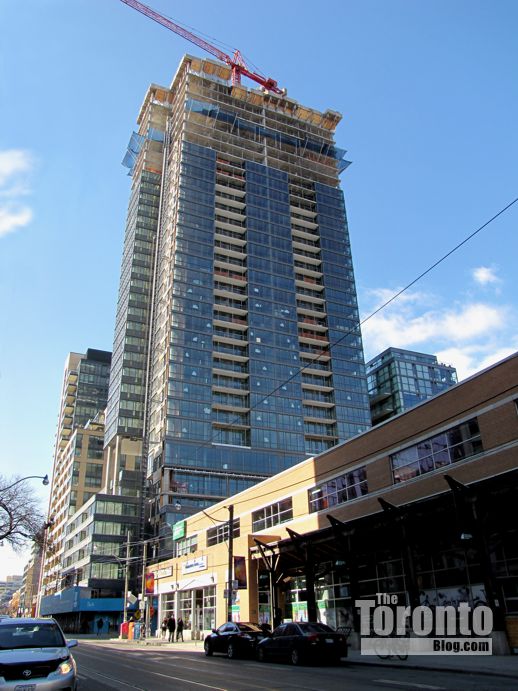 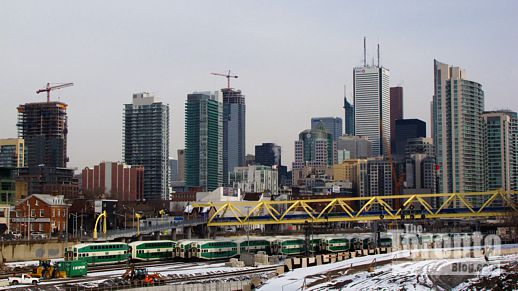 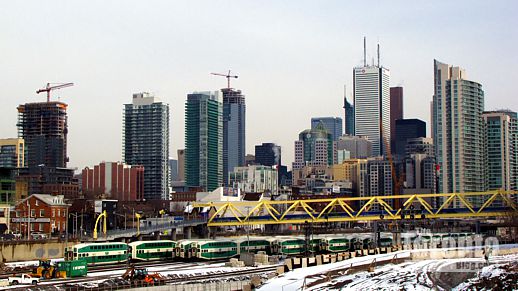 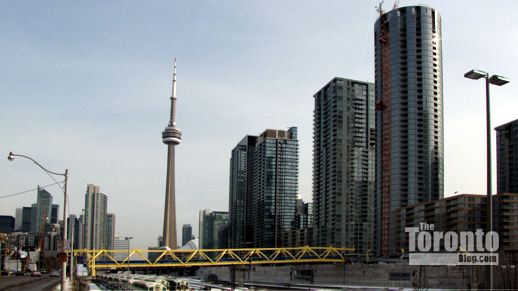 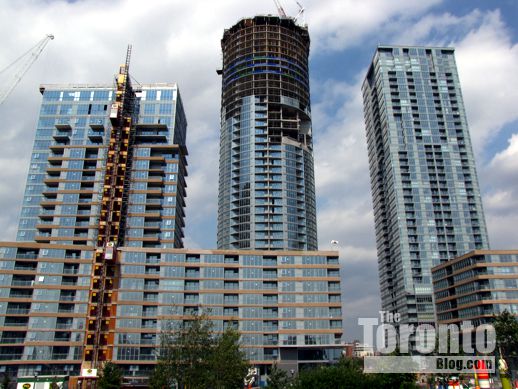 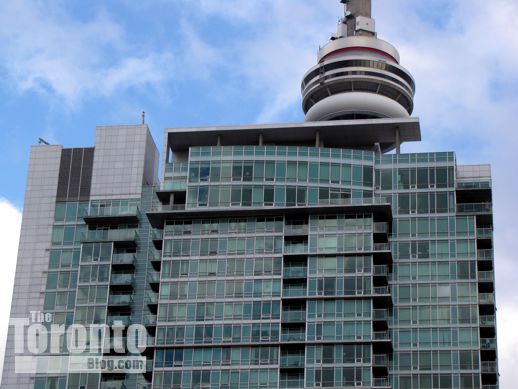 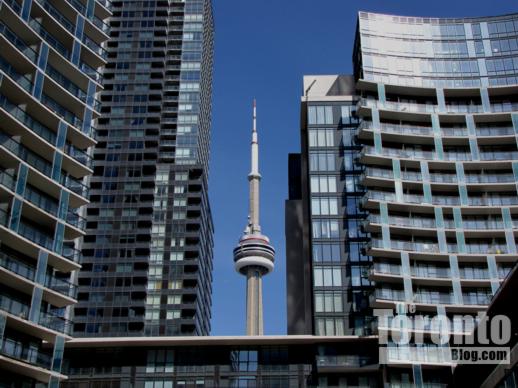 Looking both ways: The CN Tower is viewed through a gap between condo highrises at Concord CityPlace in this photo from March 29 2011 (above). The photo below, taken on November 2 2010, shows the view from the exact opposite direction — from one of the observation decks on the CN Tower. 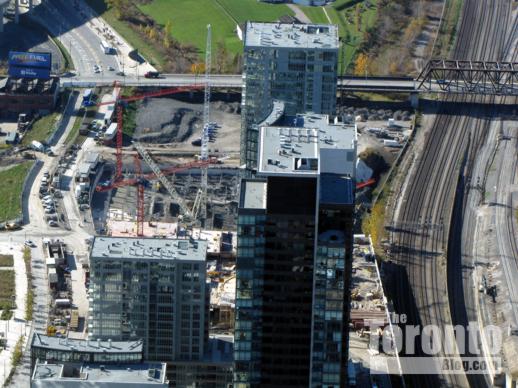 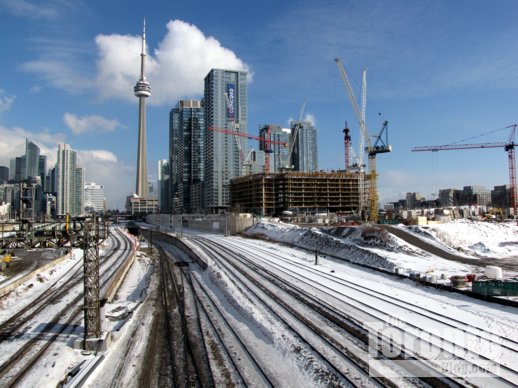