Garrison at the Yards | www.TheTorontoBlog.com 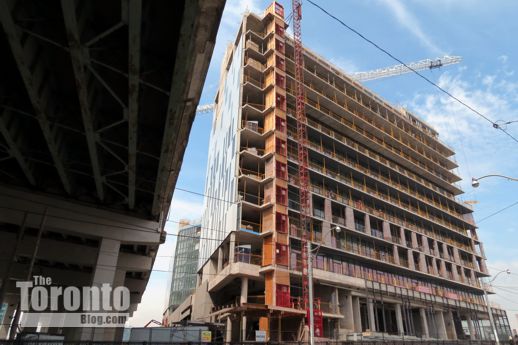 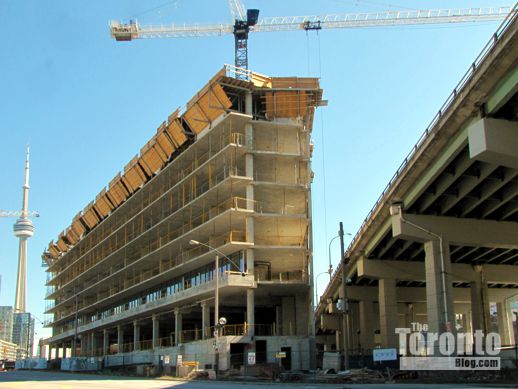 March 14 2012: Construction has reached 7 floors on the Garrison at the Yards condo building, seen looking east along Fort York Boulevard 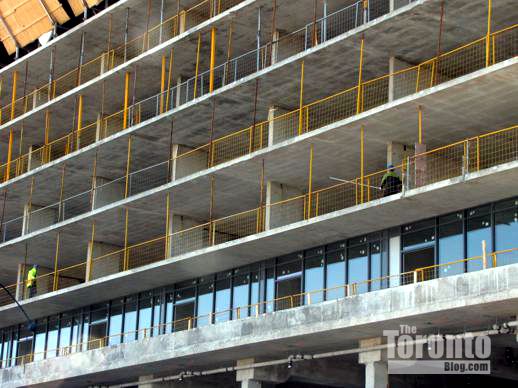 March 14 2012: Windows and cladding have been installed along the first level of residential units. This is the building’s northwest side. 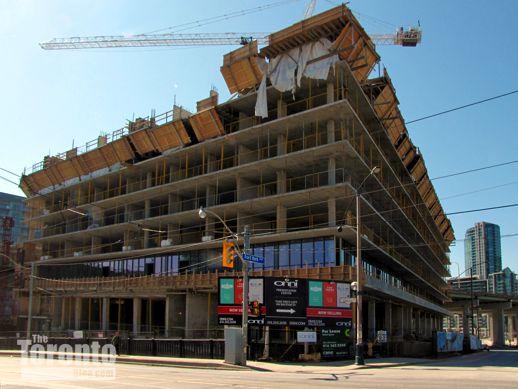 March 14 2012: Garrison at the Yards construction progress viewed from the northeast at the intersection of Bathurst Street and Fort York Boulevard 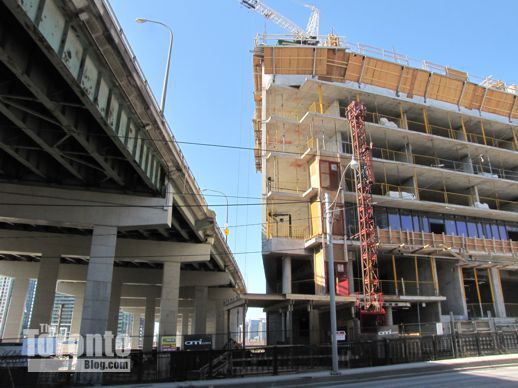 March 14 2012: The southeast side of the building is practically spitting distance from the Gardiner Expressway 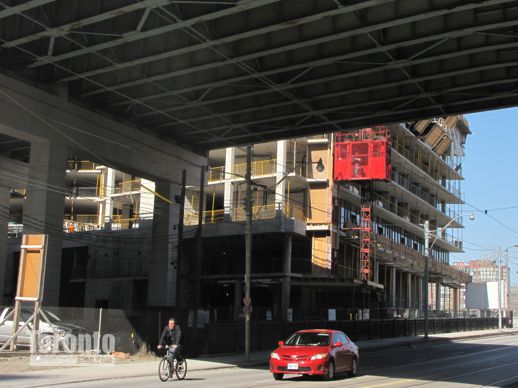 March 14 2012: Looking toward Garrison at the Yards from Bathurst Street, on the south side of the Gardiner Expressway

Close quarters: Even though my condo is set back about 100 feet from a busy 4-lane downtown street, the traffic noise is sometimes almost deafening, while often very distracting and disrupting. If we keep the windows and balcony door open, we can’t hear the television or the stereo, and it’s often difficult to carry on a conversation or speak on the phone. So I can’t even begin to imagine what the noise levels must be like in condos overlooking the Gardiner Expressway from only a few meters away. I certainly couldn’t live in one.

But proximity to a busy expressway isn’t discouraging people from buying units in the steadily growing number of new buildings being constructed just spitting distance from the Gardiner, like Garrison at the Yards.