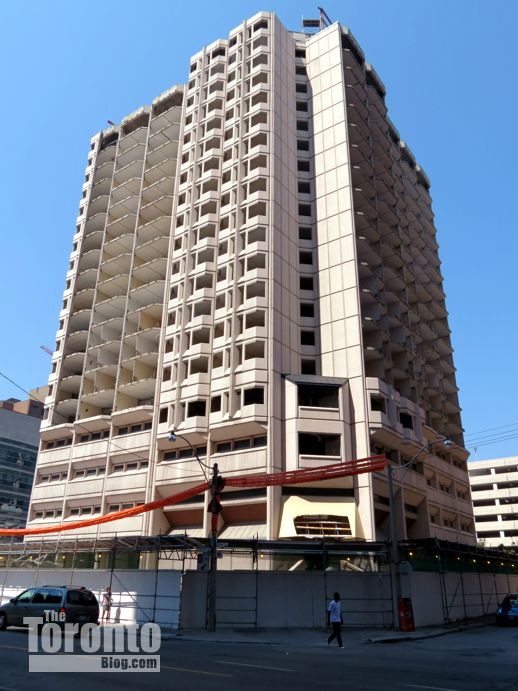 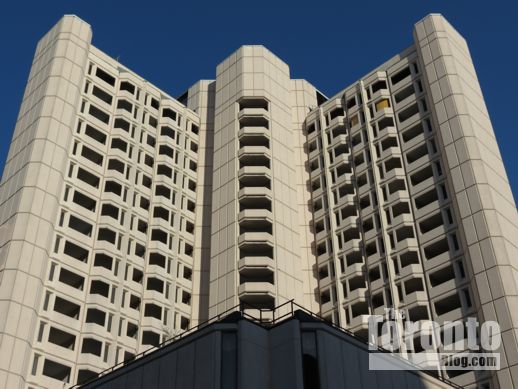 The Residence at 90 Gerrard Street West, seen here on April 27 2012 when most of the glass had been removed from its windows … 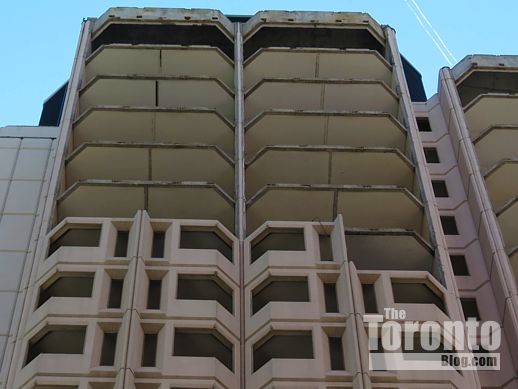 … is gradually being taken apart, piece by piece … 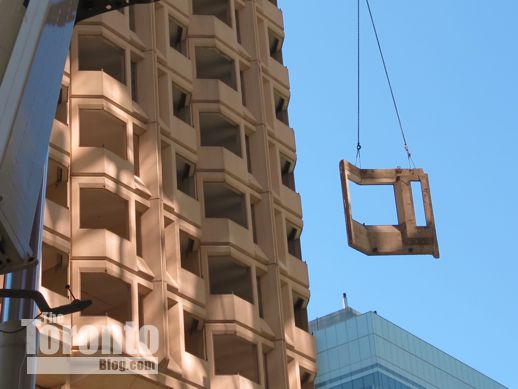 Midrise deconstruction: The piece-by-piece demolition of a former residence for nursing students is taking some people in downtown Toronto by surprise.

On Wednesday afternoon, I watched as crews removed sections of the concrete exterior of the 19-storey building at 90 Gerrard Street West, a midrise tower that was originally constructed as a nursing student residence in 1969 and, in recent years, operated as a budget hotel called The Residence. (The accommodations had been popular with patients — and their families — who had to come to Toronto for appointments and treatments at Toronto General Hospital and the Hospital for Sick Children across the street, as well as other downtown medical institutions.) 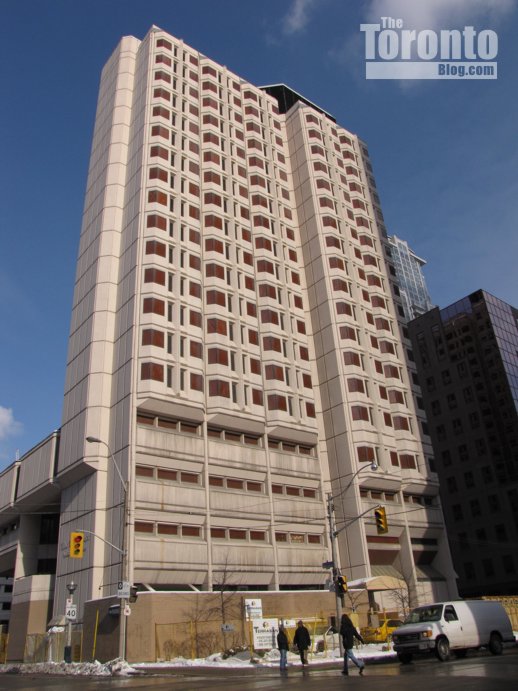 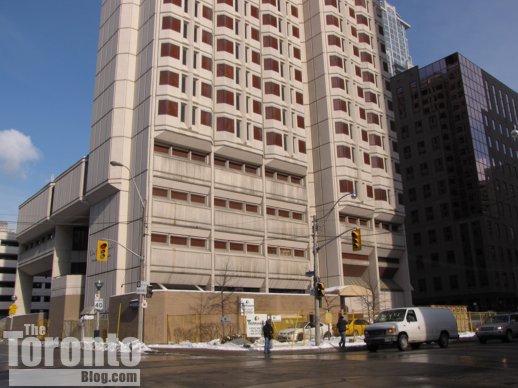 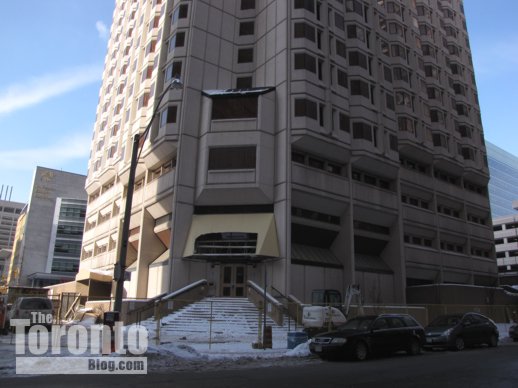 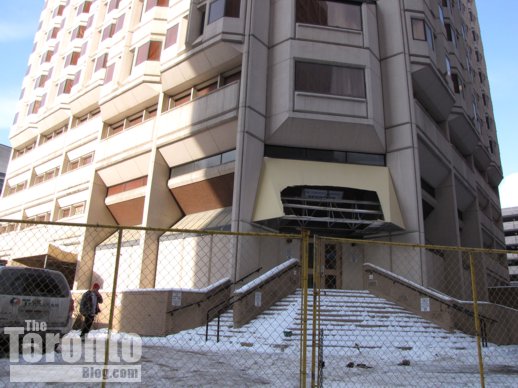 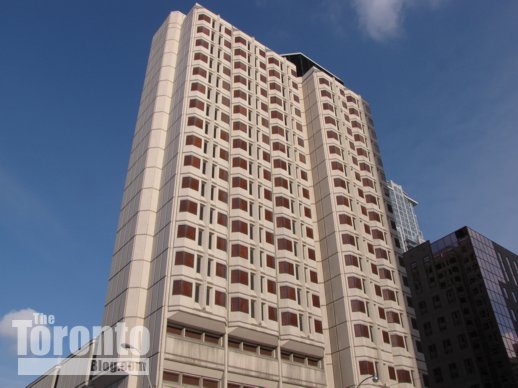